What a bunch of a-holes. 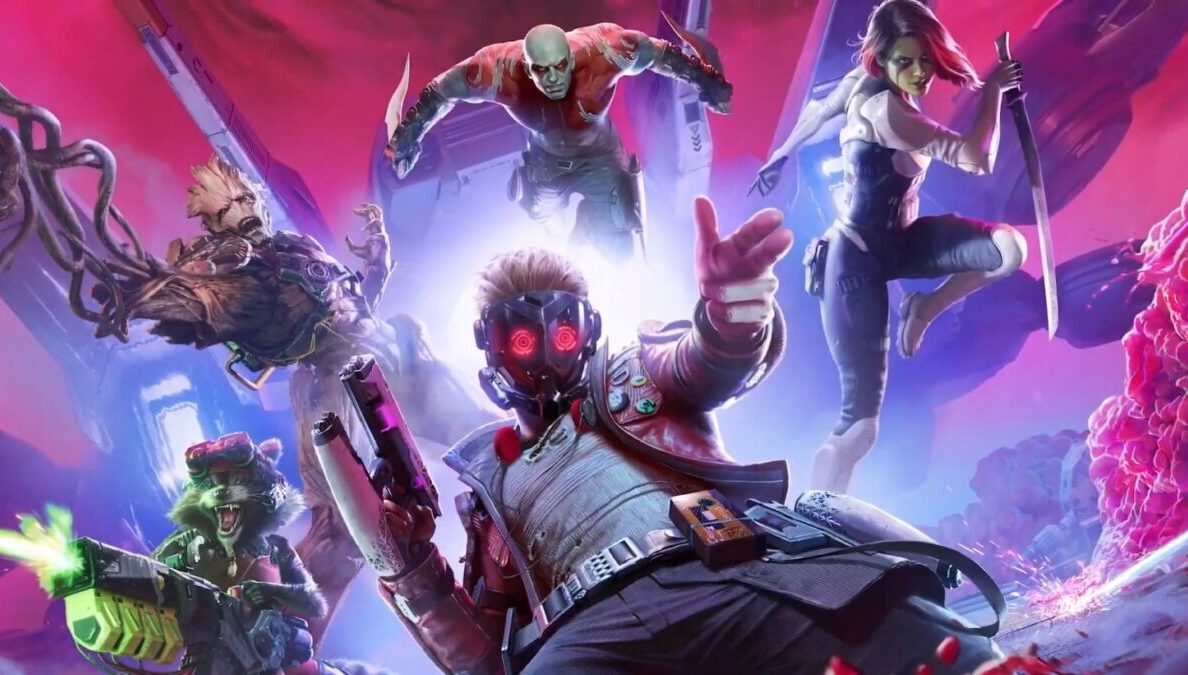 It was hard to get too excited for Marvel’s Guardians of the Galaxy. Even though an intergalactic adventure with a roster of lesser-known characters should be the perfect breeding ground for potential, there’s always that chance of it just being a passionless cash-in. Luckily, GotG is much like its ensemble cast of characters: fun, loveable, slightly dysfunctional, and still rough around the edges. There’s plenty of excitement on offer, and GotG even helps make the player feel like part of the team.

Some fans were rightfully worried that this game might be similar to fellow Square Enix published game Marvel’s Avengers: a ton of flash and recognizable comic book flair, with little substance. However, fans may be genuinely surprised with how quickly they begin caring about GotG’s characters and story. Eidos Montreal has done much better with their source material than Crystal Dynamics’ offering last year, knocking those concerns of a mediocre adventure and mind-numbing gameplay out of the park, helping these space-faring misfits to (mostly) surpass Earth’s Mightiest Heroes in the gaming sphere.

For anyone familiar with the comics and films, this story will seem par for the course at first. The group is out doing shady jobs to earn credits for food and repairs to the Milano, when one wrong move leads to a series of dangerous missions and a faceoff with a powerful threat that their actions may have created. There’s nowhere to run and a lot on the line, so it’s up to the player to take control of Star-Lord and lead the team to victory.

Many of the introduced story elements are there for a reason and not just as wacky insertions, so everything feels worthwhile. There are layers and deeper motivations in the narrative, as you’ll watch each member overcome their individual hurdles. While some of the more gamified story turns are predictable, they’re still fairly well-executed.

GotG takes a while to get going, but this allows the player time to get to know the crew and how they interact together, which is important for a property like GotG that’s still considered new to many fans. The conversations we hear capture the character dynamics and show how they interact together, and the developers nailed the crew’s attitude and style of humor. The bickering is playful, but there are a lot of repeated lines, especially in combat, and it’s easy to cut NPCs off by accident, missing out on some of the more enjoyable dialog. The only character that took me a bit to warm up to was Rocket, but that makes sense with his prickly personality.

GotG actually thrives in its more intimate moments. The flashbacks of Peter Quill, a.k.a Star-Lord, during his time back on Earth feel like a deep dive into his personal trauma through some clever writing. It’s easy to love the relationship between Quill and his mom, leading into elements of the past not just going away and how some choices need to be accepted. You can always try to move on to the next job and forget things, but that doesn’t change what happened. It was more than I expected from what looked to be a corny space adventure with a Marvel property, which is excellent.

With heavy dialogue comes options to interact, though GotG’s choices are often relatively minor. Instead of options with huge narrative implications, you’re instead resolving disputes, deciding on plans and just conversing with your team. These make for solid interactions that can affect small aspects of the game, but the real decisions are made in the field as a leader when the fighting starts.

Moving around as Star-Lord in combat is enjoyable, using his jet boots to fly around and maneuver, gain the high ground, or skillfully dodge attacks, which makes fighting feel more fluid. His helmet is available to scan the environments and enemies for weaknesses, and Quill carries versatile element guns that have four different types of ammunition. This isn’t just about him, as each crew member has their own special attacks that the player must activate regularly. These Guardians also have individual skills that affect the environment differently, helping to remove or circumvent various obstacles with their own unique abilities. You’re constantly micromanaging a team, learning enemies, and remembering to keep everyone up and active, meaning that combat can become chaotic quickly.

All of these moving parts are capped off by huddles, where the fighting stops so Quill can give a pep talk based on what his team is saying. When the group comes together and says their piece, the player chooses which inspirational bit to respond with based on what the others said. This determines how great of a bonus they receive for the rest of combat, but huddling caused a hard stall in most fights and didn’t help the flow at all. It’s a mechanic that fits the Guardians on paper, and provides a great song to kick ass to, but it should have been implemented differently. A mechanic that didn’t interrupt gameplay and perhaps offered various types of boosts instead of just a percentage would have felt smoother. Combat is active and energetic at first, but after several chapters, it begins to feel like spamming the correct team special moves and knowing which enemies to target with the appropriate elemental charge from Quill’s blasters.

The music for this journey is glorious and a DMCA nightmare for streamers at the same time. Between the Milano’s jukebox and Peter’s Walkman, GotG is filled with killer tracks. The songs just hit so well when they’re used – but that’s almost expected after the movies – and there’s nothing like laying into a group of baddies while The Final Countdown by Europe plays to get the blood pumping. There are also some tracks made specifically for the game, from the band Star-Lord.

Continuing on the audio side, the voice acting is overall pleasing. It isn’t perfect, but by the end, I had turned around on some of these performances and would love to hear them return. The visuals are also solid and some planets in particular make stellar use of colour to create some stunning landscapes. It’s a visually exciting game that can be slightly distracting when I’m supposed to be flying the ship or not walking off a ledge in Knowhere.

GotG featured a few small visual glitches as well as a ton of pop-ins, but most of it was just humorous or inoffensive, like having an NPC fall through space when they were hit, Quill not being able to look away from Drax at one point, or a button prompt that stayed on the screen through a cutscene. The only bigger issue was a moment when prompts didn’t appear during an interactive scene. I couldn’t leave, so I had to restart the section, but the game thankfully tells the player how long it has been since the last autosave. Please make this a standard feature. Speaking of, there are some decent accessibility options to play around with for those who may want them, especially when it comes to difficulty, but my favorite setting that I’ll be using for my next playthrough is the ability to auto-win the game’s many QTEs.

GotG is an enjoyable romp through space that’s better than I imagined it would be, but not the best in its genre. There is an immense amount of fun to be had, some emotional moments, and a lot of references to other Marvel properties, ‘80s nostalgia, and movies. I especially appreciated the Die Hard and Karate Kid lines, but the ship being named Hadley’s Hope was almost perfect for the story.

Guardians takes its time with slower scenes and gives the adventure this epic feeling by having the team bounce around space. But after 16 chapters, these extra activities and encounters also expose some of what makes the game just a bit mediocre, showing that the narrative is better than the mechanics. Still, Marvel’s Guardians of the Galaxy is a good step in the right direction and offers plenty, so let’s hope we get to see these particular misfits move on to another job soon.

A code for Marvel’s Guardians of the Galaxy was provided by PR for the purposes of this review. 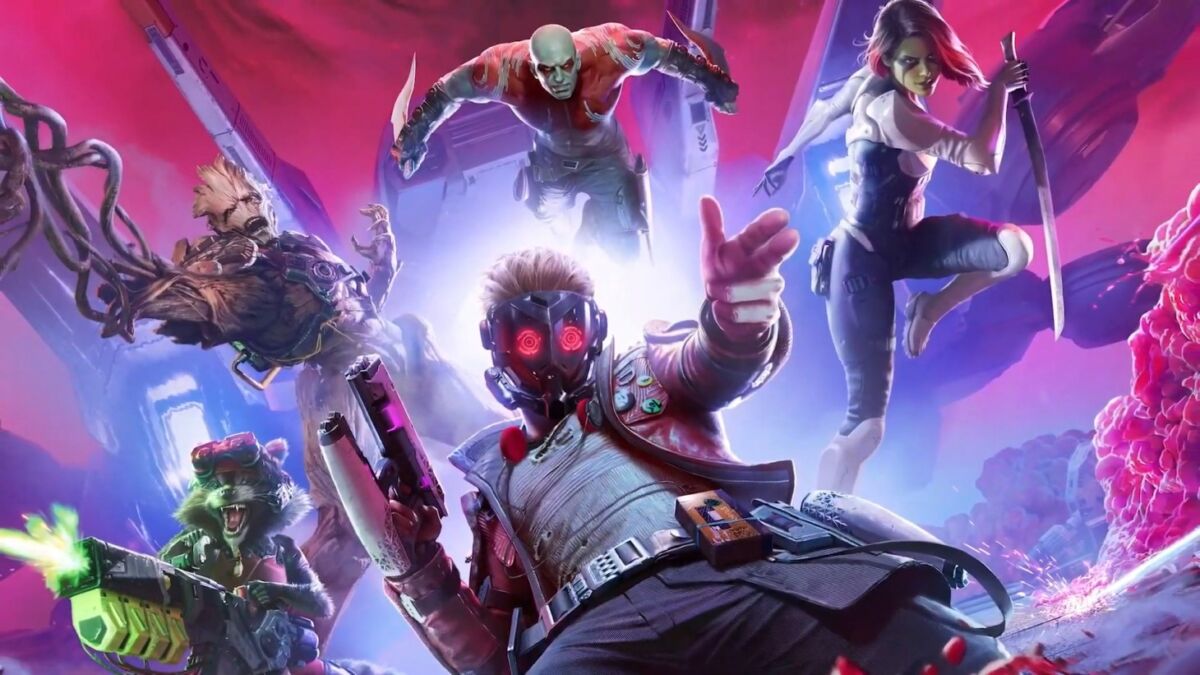 Verdict
Guardians of the Galaxy is a spectacular, albeit lengthy adventure with enjoyable mechanics and a surprisingly deeper story than what is on the surface.
8.5
Cultured Vultures is a pop culture website established in 2013 covering all things gaming, movies, and more. We eat your words.
All The News On The Biggest Games