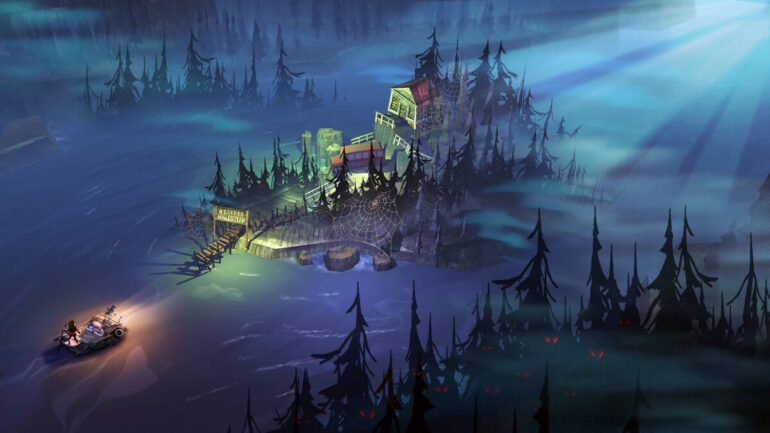 The Flame in the Flood survival game

For Xbox players, the 1st of every month is a chance to sample some new games thanks to the Xbox Live Games With Gold program, which offers four games (two Xbox One and two Xbox 360 games via backwards compatibility). March 2022 is no exception, with four new games to enjoy. It might not be a star-studded line-up, but there’s sure to be something in there for everyone.

First up is The Flame In The Flood, a highly regarded indie roguelike survival game that sees players travelling down a procedurally generated river, gather supplies and trying to survive against the waves of creatures that are out for your blood. The Flame In The Flood will be available from March 1st to March 31st, so you’ve got plenty of time to download.

Next up is Sacred 2: Fallen Angel, an Xbox 360 RPG that’ll be sure to consume hours upon hours of your life between both its Light and Shadow campaigns. Each campaign has their own endgoal in mind, but will intersect at different moments, making for a unique experience. Sacred 2 will be available from March 1st to March 15th.

The second Xbox One game is Street Power Soccer which is an arcade-like take on the beautiful game. Players will travel across the world to various “playgrounds”, play a variety of modes and unleash over-the-top superpowers to win matches against their opponents. Street Power Soccer will be available through Games With Gold from March 16th to April 15th.

Finally, the second Xbox 360 game will be Spongebob’s Truth Or Square, a video game tie-in based on the episode of the same name. SpongeBob has forgotten the location of the iconic Krabby Patty recipe, so the only way to find out where it’s gone is by using Plankton’s memory machine. Chaos ensues. You’ll be able to claim Spongebob from March 16th to March 31st.

Before March’s games go live, however, today is the final day to claim some of February’s Games With Gold, including Broken Sword 5 and Band of Bugs. Meanwhile, Aerial Knight’s Never Yield will be available to claim until March 15th.

Games With Gold comes as part of the Xbox Live Gold and Xbox Game Pass Ultimate memberships, and provide subscribers will unlimited access to claimed titles so long as their subscription remains active. Once your membership lapses or is cancelled, you’ll lose access to these games.