Rowan Atkinson returns to the world of live-action cartoons. 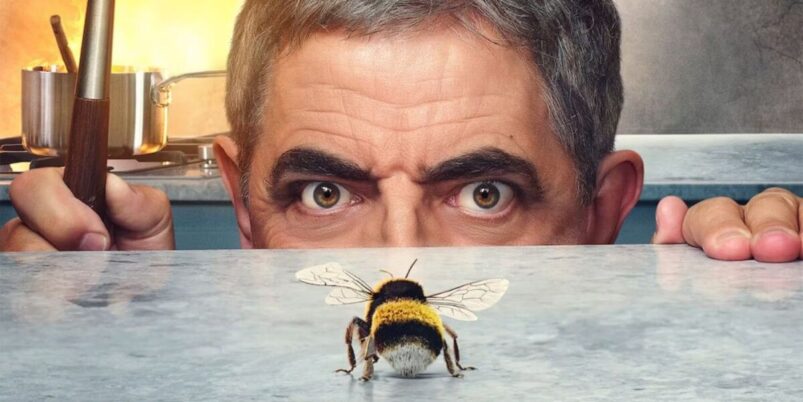 If slapstick comedy isn’t an easy thing to actually do, it’s also not a particularly easy thing to judge. While the platitudes about humour being entirely subjective and therefore impossible to pass comment on are often a lame critical excuse for not being able to take a particular stance about something potentially contentious, it can be hard to crawl into somebody else’s mind and understand why they find something funny. With new Rowan Atkinson vehicle Man vs. Bee, it’s likely that it will prove hugely popular to some while complete anathema to others, a quality that shows relying heavily on broad slapstick tend all to have in common. Only the true greats such as Chaplin and Keaton tend to provide a critical consensus in one direction.

That said, it can be very easy for shows of this nature to turn south fast to the extent that even the most diehard Miranda or Bean fan finds it hard to justify. Shows such as Man vs. Bee walk a tightrope between the farcical and the downright childish, of not living up to their billing or else indulging in it all a bit too keenly. With Netflix’s latest, the presence of its central star should be enough to allay some doubts. This is, after all, familiar territory for the star of Mr. Bean, perhaps this century’s most famous comedy clutz.

It’s also a pretty solid premise, albeit a ludicrously predictable one, as Trevor, a down-on-his-luck divorcee, gets a job house-sitting a high-tech abode for a well-off artsy-fartsy couple spending a week or so sunning themselves on fairer shores. Included in the bargain is the pair’s prized pooch Cupcake (groan), a floppy-haired Old English Sheepdog the audience knows the next few days are going to be extremely trying for.

Things start to go south when our hero struggles with the home’s high-tech security systems and endangers a number of priceless artefacts, all while being haunted by the increasingly disturbing intrusion of a rather persistent bee. It’s a bit like the ‘Fly’ episode of Breaking Bad, crossed with that skit from the Pink Panther cartoon show in which the titular big cat is tormented by a similarly stubborn insect intruder.

As premises go, then, this is about as nailed on as it gets, but if you’re expecting any sly irony or self-referential wit, Man vs. Bee isn’t the place to find it. Everything here is deliberately, almost wilfully on the nose, setting up and committing to its premise so blatantly and straightforwardly that you can’t help but admire it. The garage houses a beautiful Jaguar, the house itself is adorned with Kandinskys and Mondrians, and the dog has the sort of matted fur and docile bearing just crying out for an untimely trip to the vet. You can see what’s going to happen a mile off, and it’s a waste even trying to convince yourself otherwise. Most of Man vs. Bee is less Chekov’s Gun and more Chekov’s Massive Neon Signpost.

This is all well and good, perhaps even admirable in this smarter-than-thou, self-referential era of television in which the traditional sitcom is often seen with disdainful eyes. It’s a shame that Man vs. Bee can never quite capitalise on its premise, never quite gung-ho enough to really go the whole way. For one thing, the show’s pacing is slightly off, meaning that some episodes seem to act as filler or bridges to the next escapade without offering much within their own allocated 11-minute slot.

More frustrating is the fact that many of the gags don’t quite land, often feeling tame and predictable, with Atkinson himself never quite given the chance to excel and go the full Bean. It’s hard not to come away from a show that bills itself as offering untold physical chaos and not have at least one scene in which our hero doesn’t have his head submerged in a piece of poultry. The ending is suitably deranged, but it takes a long time to get there and offers few rewards along the way.

Maybe Man vs. Bee has a little more maturity than that, but it’s hard to comprehend exactly why. For a setup concerned with one man’s futile attempt to vanquish a harmless insect, there are times at which proceedings seem to be taking themselves just a smidge too seriously. We all expect our hero to be a down-and-outer, but crowbarring in a pointless and generic backstory about Trevor being a divorced dad who wants only to take his daughter on a camping trip seems ill-suited and redundant. You might as well tell us that Mr. Blobby was in fact a damaged war veteran coping with PTSD. It isn’t necessary.

Man vs. Bee is still unwaveringly predictable, although that isn’t necessarily a complete dealbreaker. Like a classic Hanna Barbera premise stretched over a full season, the show’s main problem (i.e. The Bee) is never going to find a resolution until the very end, and even then it may never materialise quite as its protagonist would hope. The Pink Panther never ends up catching his adversarial fly, and the peerless Tom and Jerry was never sullied by the realisation that the tormented cat was never actually going to catch that pesky mouse. Only those viewers daft enough to think that Trevor’s stripey little rival is going to be squashed ten minutes in are likely to be disappointed on that front.

The inherent nature of this format, however, is that most of the time we know that the bee isn’t going to meet its demise, that every plot, ploy and scheme is only likely to end in the ruination of Trevor’s psyche (and his surroundings) rather than with a yellow and black splat on the kitchen counter. For those willing to go along for the ride, it’s a much more tolerable experience than for those who seek to have their expectations confounded. If you’re the sort of person likely to leap from your couch in frustration shouting “just kill the stripey bastard already!”, Man vs. Bee may not be for you.

Yet predictable or not, the show just isn’t as funny as one feels it should be. It’s lightweight and just occasionally maniacal, but too often you sense things are running on autopilot rather than really firing on all cylinders. A few more gags, puerile or otherwise, wouldn’t go amiss, and neither would a few jokes that feel earned in their construction. A scene in which Atkinson ends up face-first in dog excrement after attempting to gain access to the house via a high-tech catflap may be as pie-in-the-face as it sounds, but at least it feels earned because the preceding episode did so much work in engineering the circumstances in which it could materialise. It may be childish, but at least we had to work a bit to get there.

Ultimately, it’s hard to know who the target audience is for Man vs. Bee. Easily amused children who will cheerfully chuckle at Atkinson’s rubber-faced antics or the instances where he runs around in his pants brandishing a tennis racquet, or perhaps those uncynical audience members happy to indulge in the idea that one man could be so tormented by an innocent insect with such irate ineptitude. Whoever gravitates toward Man vs. Bee, the likelihood is that it will remain as polarising and subjective as much of Atkinson’s broader work. For Bean enthusiasts, it’s manna from heaven. For bemused outsiders, it’s an impenetrable show about one man’s failed attempt at pest control. 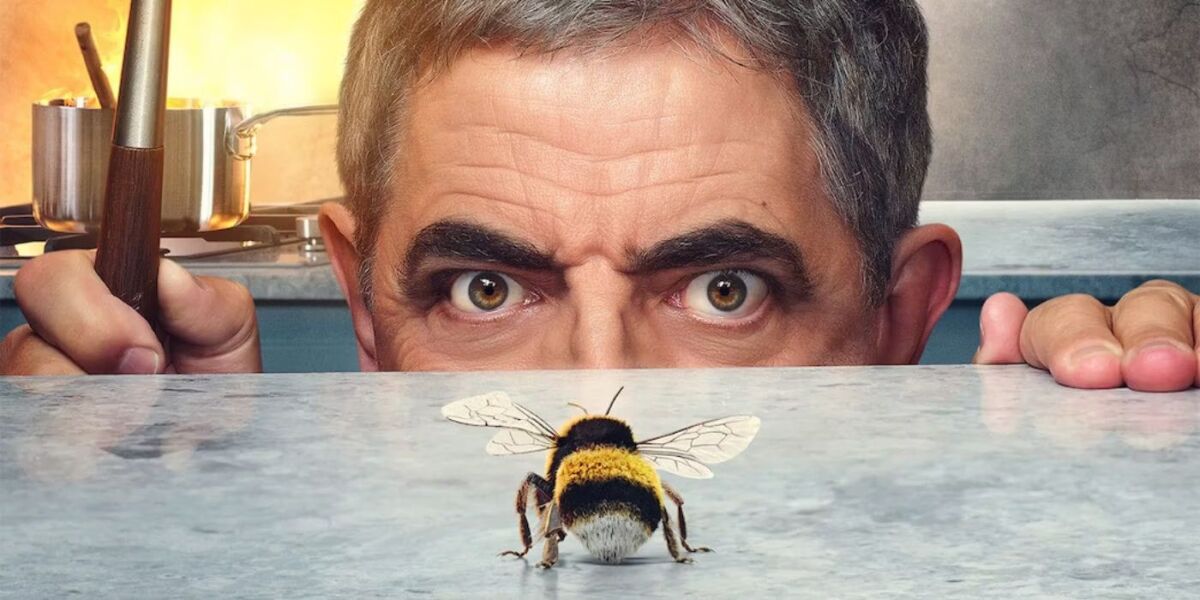 Verdict
Despite its enticing if predictable premise, Man vs. Bee lacks a sting in its tail.
5.5
Cultured Vultures is a pop culture website established in 2013 covering all things gaming, movies, and more. We eat your words.
All The News On The Biggest Games