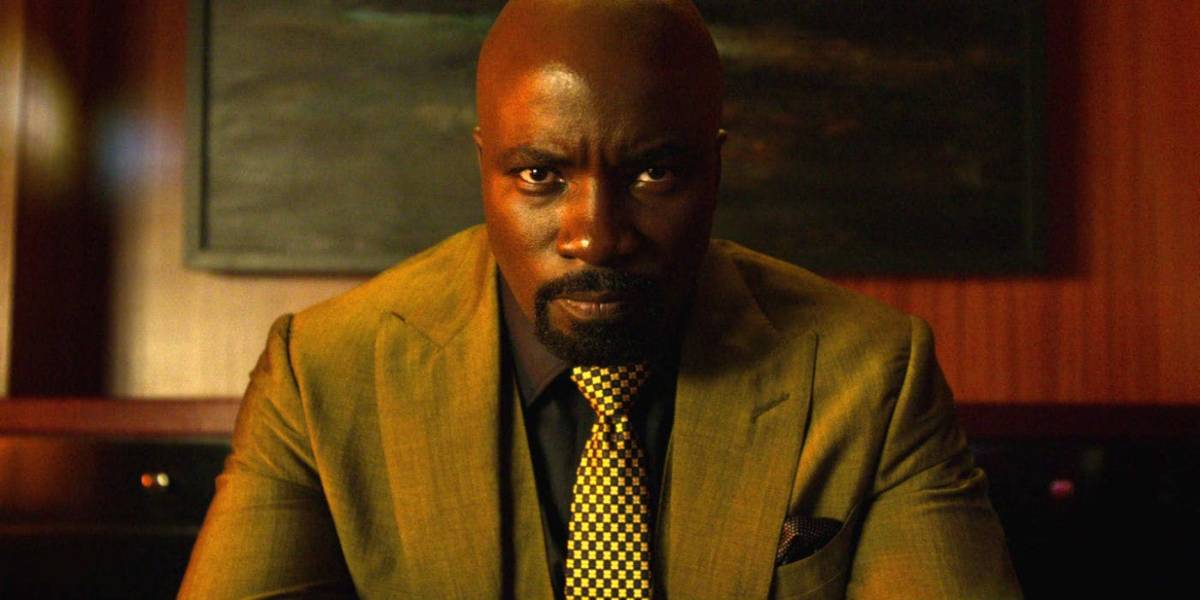 After such a big explosion of intergalactic action in Infinity War, there is something so surreal about going back to the streets and slowing down the pace, until the blood starts flowing at least. As much as I loved the first season of Luke Cage, it had some serious pacing issues and a few dead stops that sacked the momentum. It wasn’t just the death of Cottonmouth, but another weak villain that overshadowed Mariah’s potential, in Diamondback, leading to a void in the narrative and a sloppy back half of a season. So I was understandably worried, but this second attempt nailed that slow burn and made sure there would be a solid base with no sudden halts.

We get an interesting opening that sets several stages, establishing the main characters and each of their three to four underlings, which might seem confusing at first to some, but it lays a foundation for excellent character movements on a dangerous chessboard. This is the strongest aspect of the season, how motivated and deep the players are. There are some broad themes of betrayal, what is right versus what is necessary, and how children can grow to love or despise a parent.

Perhaps more importantly, this season leans heavily into the dichotomies between families, lovers, kids, and heroes of their own story, without sacrificing the dynamics. That’s a lot of words for some obvious character relationships that work so well they leap off the screen, and I almost hate that the show felt they needed to spell it out so blatantly at a couple of points—as it works well without that. 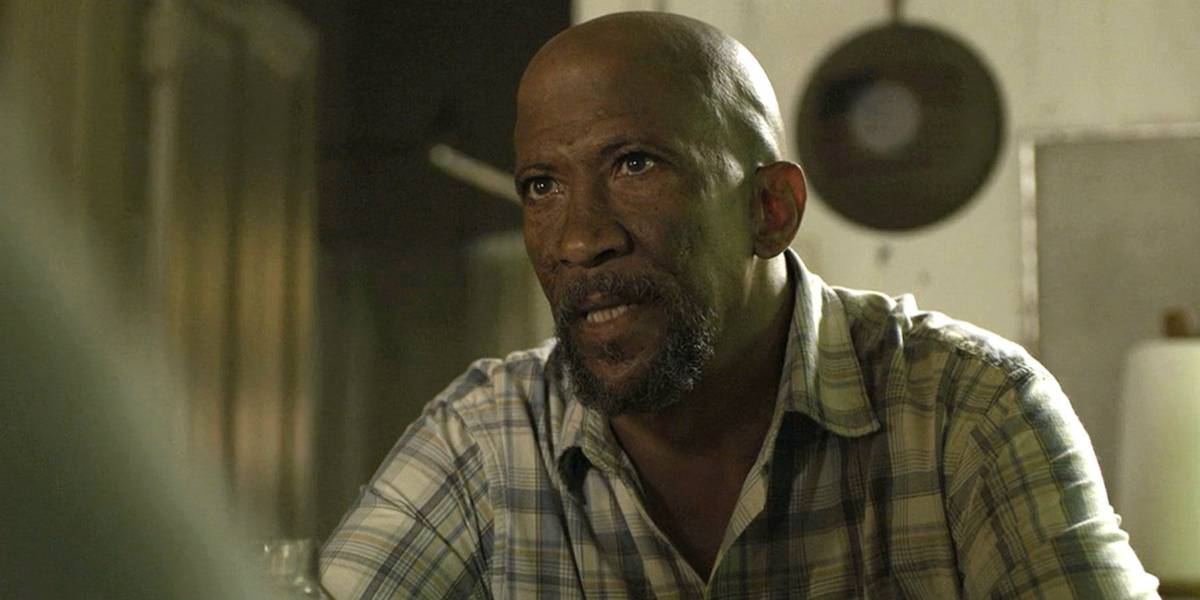 There is this opening scene where Luke and his father meet in the streets, with some tense powerful moments, making me almost forget which one of these men was actually the bulletproof badass. Reg E. Cathey had so much presence, the perfect pick for this character, and I truly hated to learn of the actor’s passing. Next season will be just a bit weaker without him for sure.

This plays perfectly alongside Mariah Stokes and Tilda Johnson, Nightshade in the comics, also trying to reconcile, with a very different purpose and approach. It’s the ways in which the respective kids deal with these situations which are vastly different, and their turns line up quite well. It was an interesting set of paths to watch as they changed and the acting and drama was solid throughout. Claire Temple and Shades both are sent crashing through the waves of love, with the villain facing even more difficult choices and turning on his friend and livelihood, but I have to give the writers and Rosario Dawson credit for making Claire feel heavily important, even though she is in so few episodes. A couple of those arguments felt too real.

“That pussy must be ridiculous!”

Bushmaster is the stone that the builders refused, and you will know his name. The writers followed that Killmonger line of thinking, giving this season’s big bad some deep-seated reasons for wrecking the place and wanting revenge, but they gave him a lot of human moments. I thought the flashbacks were going to be annoying at first, but they worked their intended purpose. A lot of small character moments and some genuine interest in how his powers work, not to mention what they cost. That Terminator moment of him popping the bullets out of his chest was fun, but his real super powers are a super mean look and being genuinely intimidating. Some great acting on this guy’s part, just wish I could understand the accent a bit better. 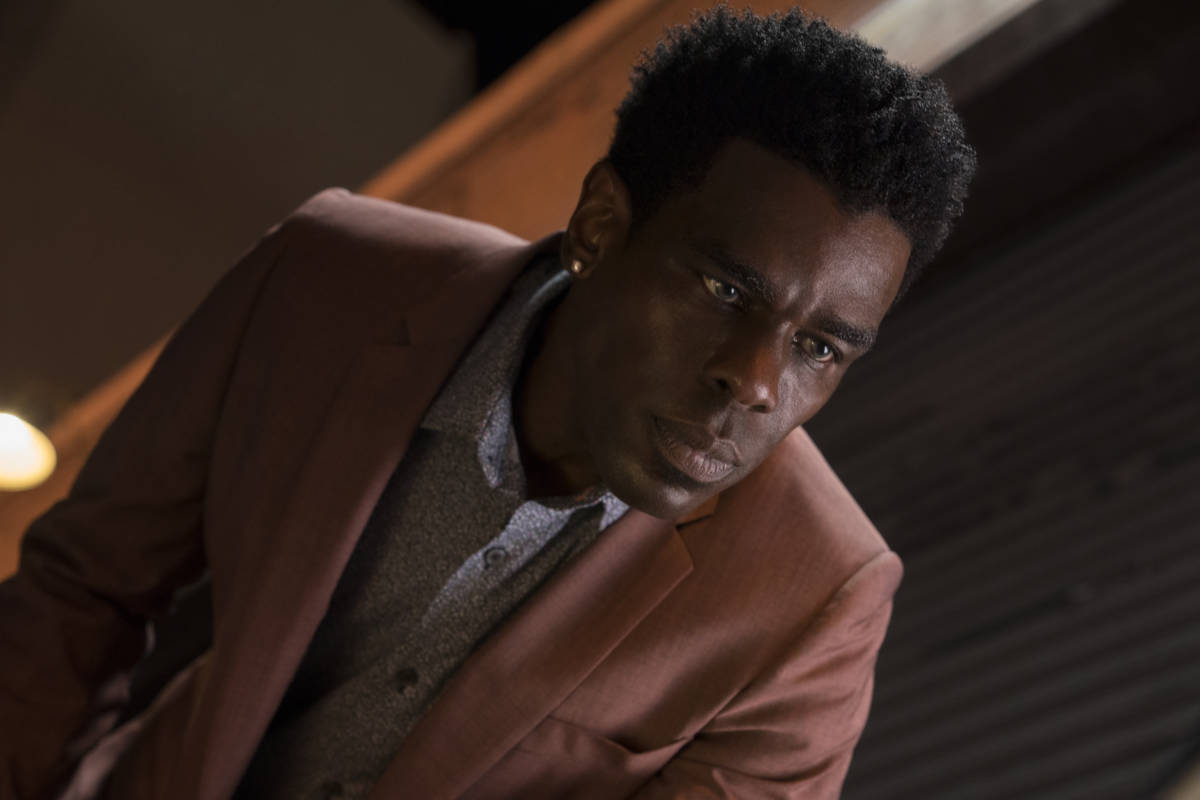 Luke Cage is having so many problems in his personal life, but so is Bushmaster in some ways, and both of these men have to constantly be reminded that just because they have powers, the people they are trying to fight for do not and are getting hurt. I think some small bits of that help to add in on why Bushmaster respects Cage. It’s another dichotomy that played perfectly.

“Vengeance belonged to the lord”

Mariah doesn’t line up like them though. I’d expect nothing less from this woman than taking her own path. As good as she was in the first season, the writing hampered her a bit by not giving the former councilwoman enough room to work outside of the other villains, but here she breathes quite fine (that joke is intentional, and too soon). She’s trying to forge her way into something more legit, but isn’t willing to sell out completely to do it and has never forgotten her roots.

There are some straight up Kingpin-esque moves here, with her brief time in prison being exceptional, and the stuff about Mariah holding Harlem together seeming legit. So many of her actions and motivations work, making the viewer realize how important she is, with Alfre Woodard killing it again. I just don’t remember her being such a sex fiend, but now she has an honest to god dick joke. I’m going to miss that woman.

As anyone who has been watching these Marvel Netflix seaons knows though, it is usually about the side characters, and that hasn’t changed. Misty Knight is very important here while dealing with the pain of her lost arm and lack of confidence in herself and others as she battles with several moral dilemmas that almost overcome her. As a disabled person myself, this also felt closer to the chest, and I loved seeing her fight and climb back. 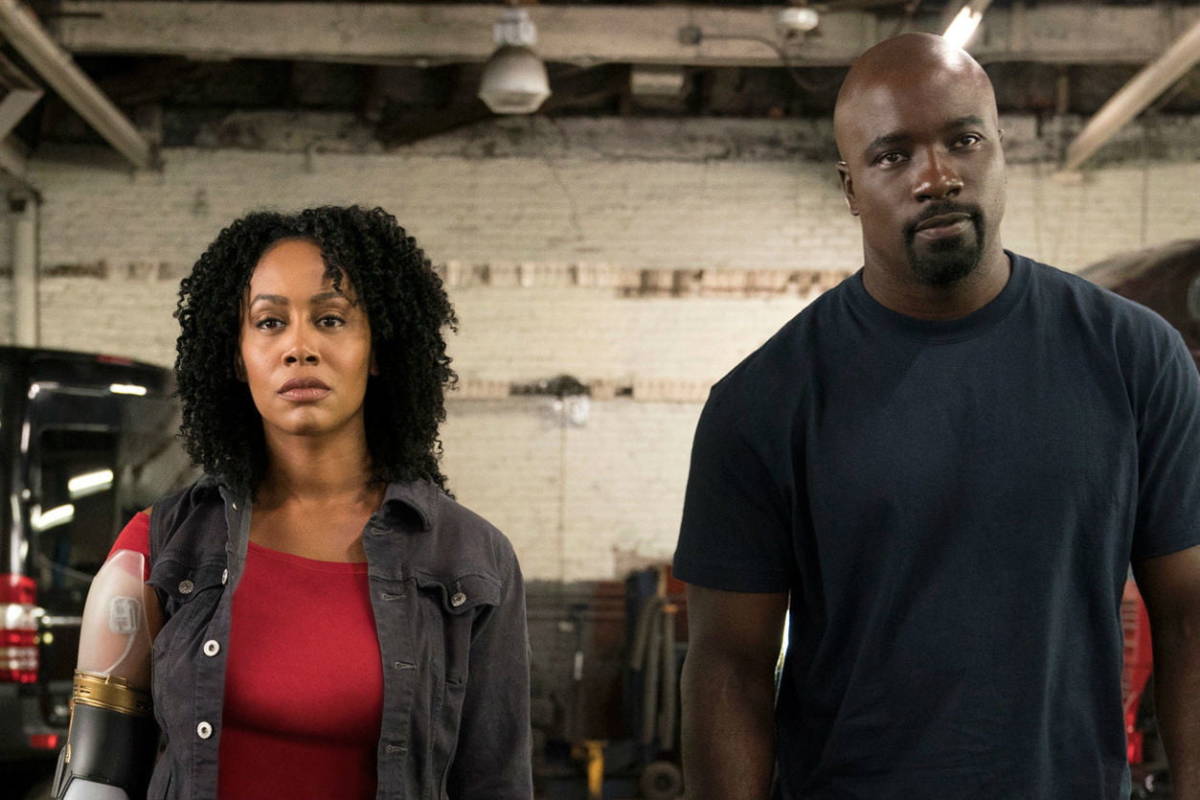 Colleen Wing played her role expertly, and watching them beat ass was so much fun, so please give me Daughters of the Dragon now. Piranha was my comic relief, Comanche had some solid moments, though he kept coming on so strong as a snitch, and even Sugar had a couple of good moments. This season made Danny Rand more likable, who has such a fun intro in the barber shop, and works well alongside Cage, so let’s go ahead and get that Heroes for Hire season going also.

That brings me to the fight scenes, because watching those two work in tandem is always fun and makes me want more, while they didn’t cram in any unnecessary tussles. The choreographers came up with some creative ways for Cage to use his powers and throwing more random items at people. It’s still weird seeing him just bop people on the heads though. I had a small moment when he simply flexed and deflected a bullet back at someone, using more with the idea of bullets ricocheting off of him. The music plays into these scenes so well again, and I loved the tracks from the Fugees being in the trailer to the use of the Blues. Listening to the characters talk about that music as well adds something, from holding so many scenes in Harlem’s Paradise while live music is being played to discussing what Cage listens to in his headphones while he fights, and even Iron Fist explaining why he likes another version of The Chronic better.

Once again, the show tackles the concept of racism without making it seem tacked on, and even goes into the immigration issue somewhat, discussing bluntly how ICE operates. It feels important for the time, without overpowering anything else. The show is aware of how it presents these things, trying to keep it grounded while being in a world of superheroes, because it is almost in equal parts a hard crime show. The statements are obvious though, as the bad guys are the ones saying, “Make America Great Again,” well, until it is time to “Make Harlem Great Again.”

I absolutely loved this season. I just wish it wasn’t so dark in some places, and by that I mean literally so dark in parts I couldn’t see some of what was going on, but that is a small gripe about an otherwise decent presentation. It still looks a lot like the other shows, but that isn’t wholly a bad thing, and Luke Cage season two now ranks right up there as one of my favorites, maybe just under the first season of Jessica Jones, which is number one on my list. The ending was incredible, just energetic and powerful, a beautiful tapestry of moving pieces and tying up loose ends. It is very grey, with small victories that all came at a high cost, leaving me yearning for more. The producers and rest of the teams did their homework, learned from their first outing, crafting what would be a strong third act to some street level Shakespeare, but I think parts four and five will play out a lot differently when the new tempest comes. I can’t wait to see how the king falls.