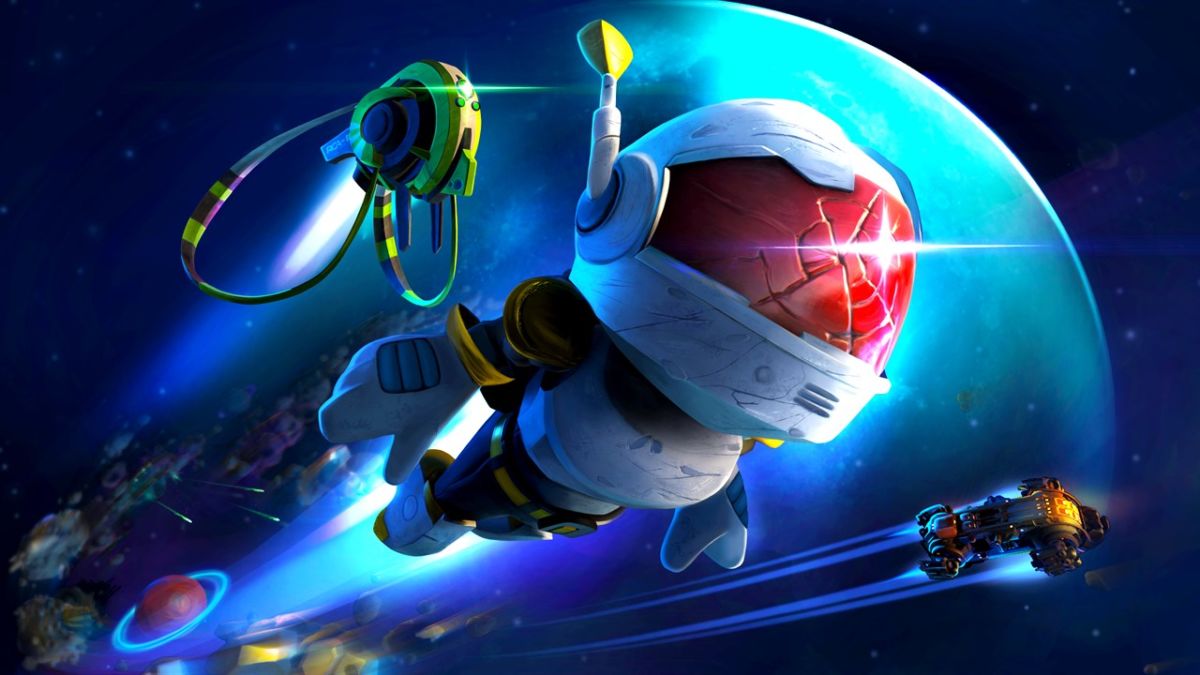 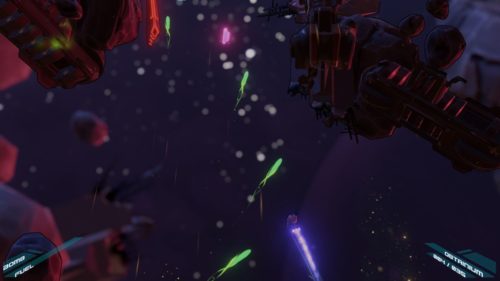 Not every game set in space must be a larger than life space opera, or task you with commanding fleets of space cruisers against an intergalactic threat. Sometimes players want a low stakes, but fast paced and reflex focused journey through the cosmos. Lost Orbit: Terminal Velocity more of less accomplishes this, even if it won’t blow you away.

Developed by PixelNAUTS, Lost Orbit: Terminal Velocity is the definitive edition of the 2015 base game Lost Orbit. Set within the void of deep space, this Galaga-like arcade title boasts an abundance of reflex testing campaign and challenge levels. But does this plethora of content equate to a worthwhile trek through the galaxy? 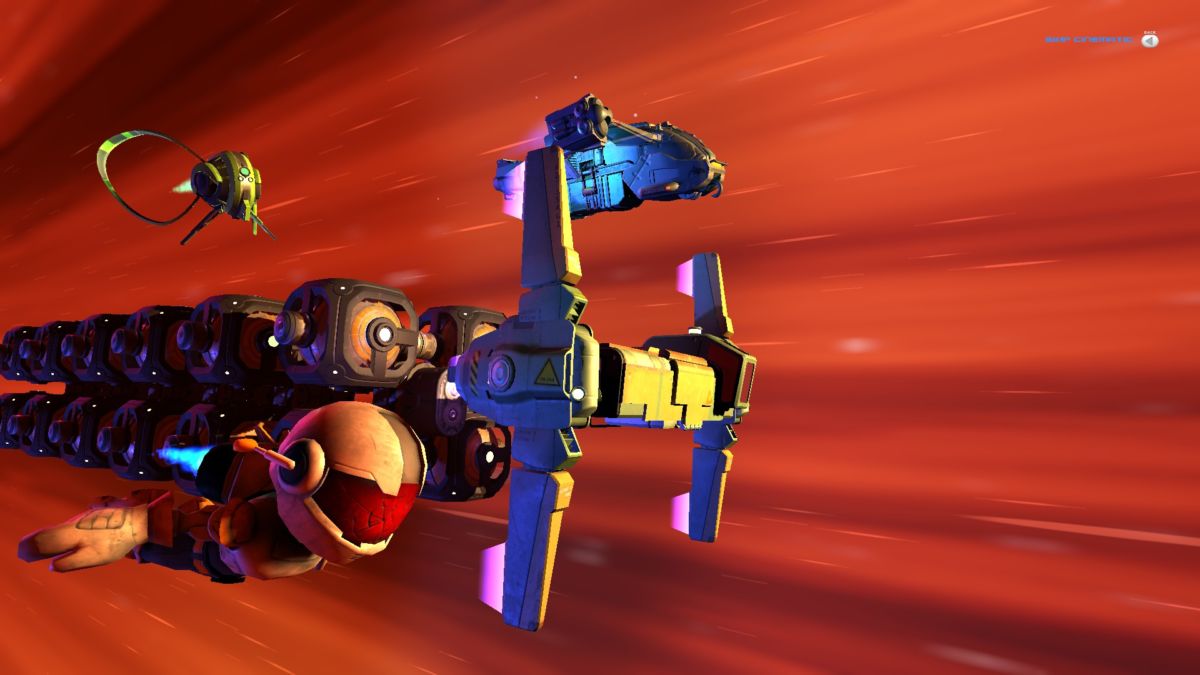 Intergalactic maintenance worker Harrison finds himself stranded in space after his ship is destroyed during a routine job. Seemingly out of options, he begrudgingly befriends a passing probe named Atley, who agrees to join him in his search for a way home.

To PixelNAUTS’ credit, their interweaving of narrative into an arcade title provides an uncommon, but welcome layer of character development. An effort is made to flesh out their relationship, and while it never evolves past standard sci-fi fare, it’s a step above similar titles. 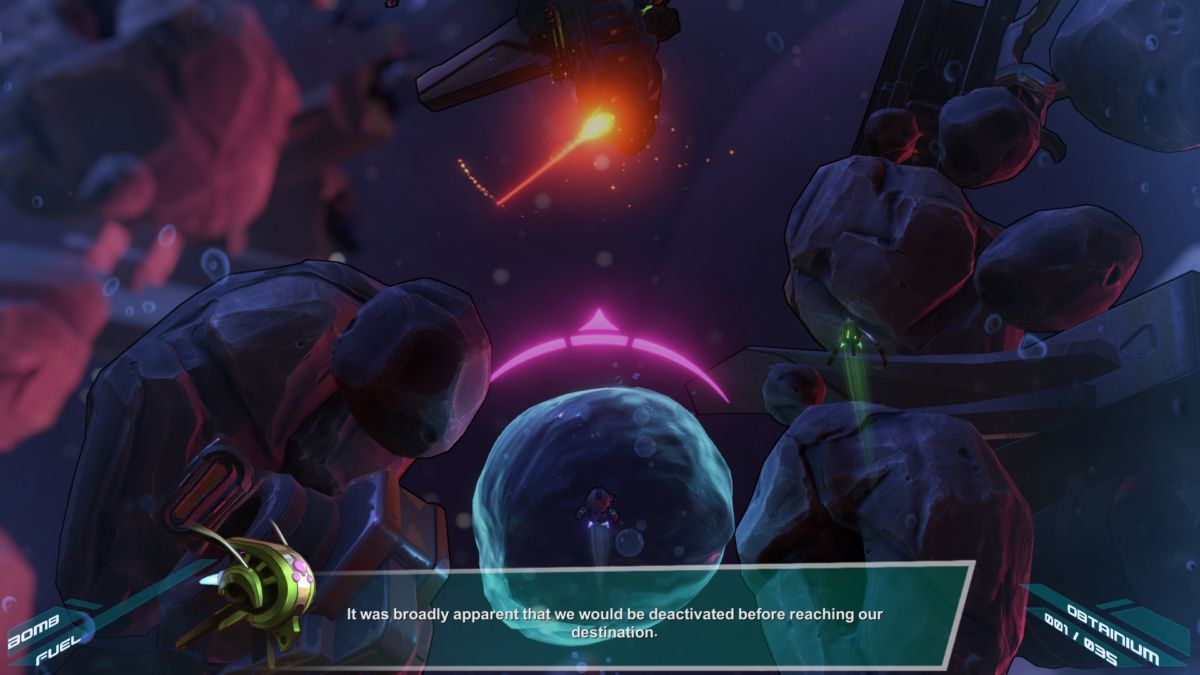 Lost Orbit’s gameplay harkens back to its old school influences as speed and reflexes are the keys to survival. Harrison’s jetpack and manipulation of space anomalies are his primary means of weaving in-between volatile asteroid fields and projectiles. His end goal is to reach a star-gate leading to the next level, and, eventually, star-system.

Each of the four star-systems within the campaign consists of 12 levels. Each star-system is defined by slight aesthetic differences, but also by the types of space anomalies they introduce. Anomaly types range from planets whose gravitational pull provides a speed boost, launch ramps that hurl Harrison over impasses, and aquatic bubbles that briefly suspend him in place. These are all used to prolong Harrison’s life, and also to increase the player’s performance. 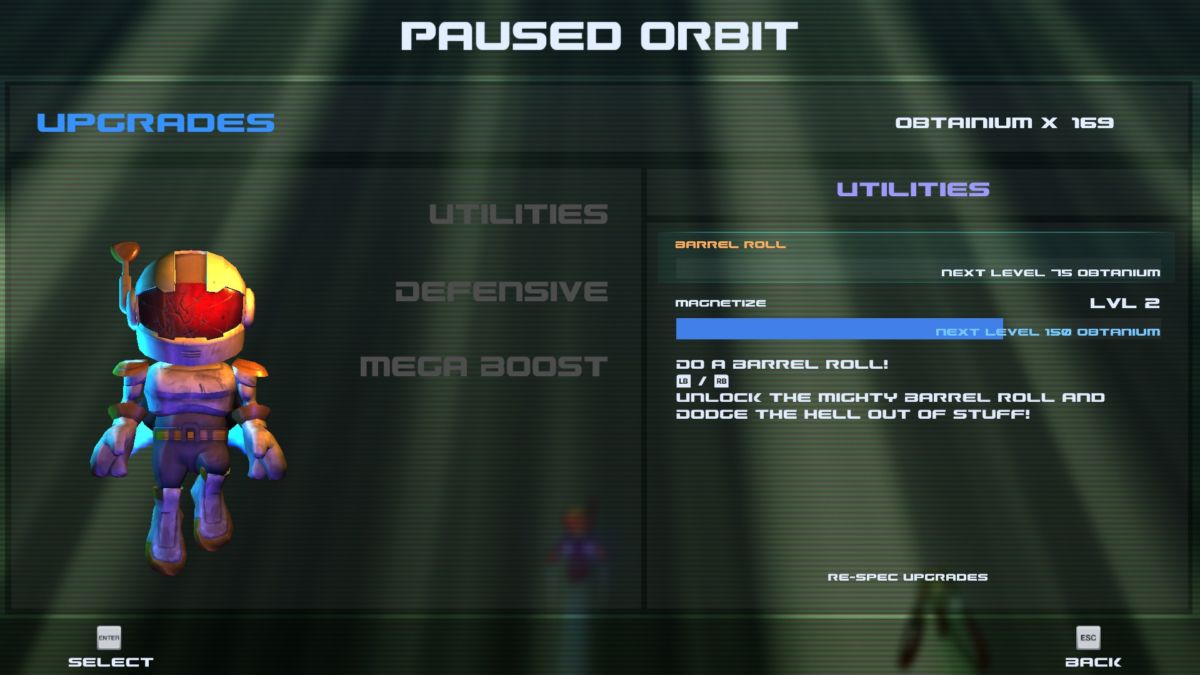 Once a level is completed, a medal is awarded based upon performance. They are rated on time efficiency, the number of deaths, and how many obtainiums they collected. These can provide additional obtainium shards which are spent on offensive and defensive capabilities. These shards are also scattered throughout levels and incentivizes exploring less than safe environmental routes to seek them out.

The more challenging levels and star-systems become, the more helpful upgrades are to avoid splattering Harrison across the face of an asteroid. Upgrades such as improved jetpack speed, mines to protect against asteroids, and a barrel roll all aid in his journey home. And while they elevate the likelihood of countless, rage-inducing deaths, they aren’t mandatory to complete levels. At its core, Lost Orbit does right by classic arcade-style games, providing simplistic yet refined and responsive controls to the degree that the player could conceivably complete it without using upgrades. 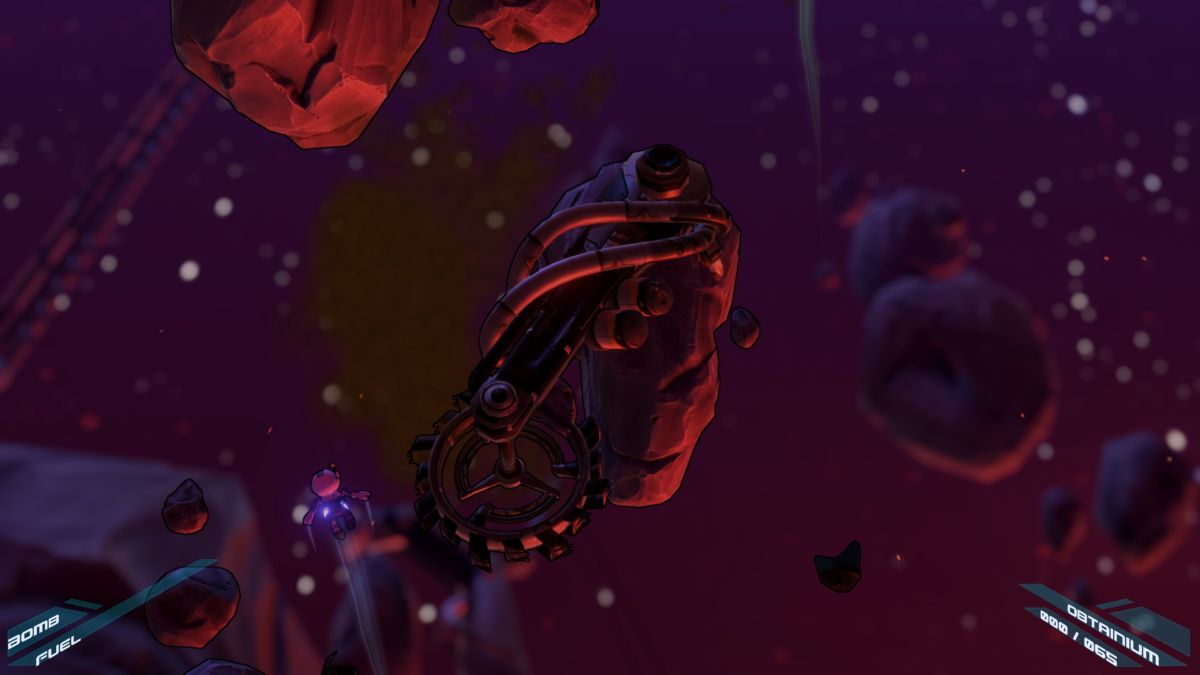 While controlling Harrison is a breeze, my chief complaint is a lack of level variation within a star-system. This results in entire handfuls of levels blending together, only made memorable by bits of narrative that may be included. By the time I completed the campaign, there were less than a handful of levels that defined my experience. While most levels provided a decent challenge, I wish there were more creative designs.

Once players have completed Lost Orbit’s campaign and time trials, the Terminal Velocity DLC has new, but familiar content in store. At the forefront is an epilogue campaign, which continues where the main story finished. The most notable addition to the epilogue is its increased production value. Cutscenes are more plentiful, and characters are now fully voiced, which improves upon the narrative elements of the game.

As for content, except for a few new enemy types, this new star-system is mostly more of the same. The most notable and welcomed inclusion that drastically alters gameplay is the drill bit. This unique ability gained early on allows Harrison to burst through asteroids which would usually splatter them.

To balance out this momentary invulnerability, the drill overheats quickly, resulting in the player having to contend with monitoring its heat level in addition to maneuvering past obstacles. While a welcome addition to Harrison’s arsenal, it does render previous strategies obsolete. The base game largely emphasized maneuverability so the DLC’s shift to bursting through barriers is somewhat jarring. Despite the slight gameplay variation offered by the epilogue chapter, it barely lasts an hour before the player is back to tackling time trial and challenge levels.

Lost Orbit: Terminal Velocity is an above-average arcade title with a plethora of content and enough challenge to test completionists and speed freaks alike. Sharp handling and attempts at forming a narrative put it a peg above middle of the road competitors, but a lack of defining level characteristics makes it a speedy, but blurry intergalactic journey.

Verdict
Despite a plethora of decently challenging and fast-paced levels, Lost Orbit: Terminal Velocity’s lack of level and gameplay variety stop it from being the next arcade classic.
7