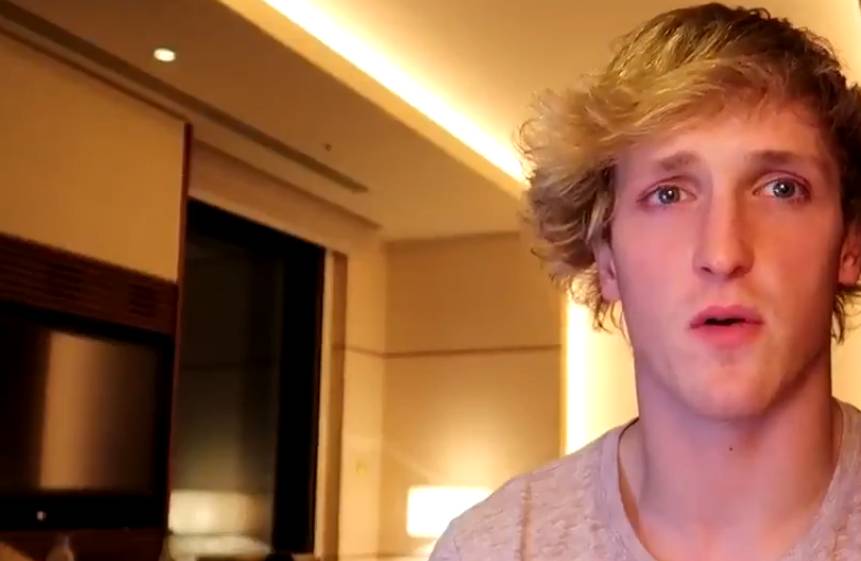 Following the controversy surrounding his video featuring a dead body in the Japanese suicide forest, Aokigahara, YouTuber Logan Paul is losing subscribers. However, considering his video had 600,000 likes before it was pulled down, it shouldn’t be a surprise that it isn’t a massive dent in his 15 million subscribers.

According to SocialBlade, Paul has had a net loss of just 6,576 subscribers. At this time of writing, if you watch the real-time counter, the figure constantly fluctuates up and down, going from 15,269,414 and then up to 15,269,440 or so before dropping anywhere in-between. Paul is making almost as many subscribers as he is losing them, such is the promotional influence YouTube is giving him in their algorithms, as well as the personality’s social media influence meaning that he always has an army of fans to help him out.

In the video, Paul and his Yes Men are seen travelling through the forest before Paul stumbles across the body and, rather than turning the camera off like a normal person would, proceeds to film everything. The body’s face is blurred, but there’s also a close-up shot of the deceased’s hands. It never struck Paul between filming and editing the video (sorrowful soundtrack and all) that this was a bad idea.

To make matters worse, Paul and his cohorts are seen laughing during the situation – not at the corpse, but at how uncomfortable it all is. The former Viner, who wore a Toy Story hat throughout, proceeds to try to raise suicide and mental health awareness (a crutch that he would later fall back on when he was receiving criticism), but there’s a time and a place for that, and that place is not in a YouTube video in which the main demographic will be children.

The backlash for Paul’s video has been widespread, ranging from his fellow YouTubers to mainstream publications such as CNN, FOX News, and even the BBC. Aaron Paul (thankfully not related) also took to Twitter to voice his disgust.

Paul tweeted out a tone-deaf apology in which he used a hashtag, incidentally also the worst hashtag ever conceived:

After that apology was rebuked by many and the outrage just continued to spread, Paul took to Twitter again to apologise in a video:

The long-term impact on Paul’s YouTube career is unknown, but if the furores surrounding PewDiePie and JonTron from last year were anything to go by, it will likely be a flash in the pan. He will always have his fans, seemingly no matter what.