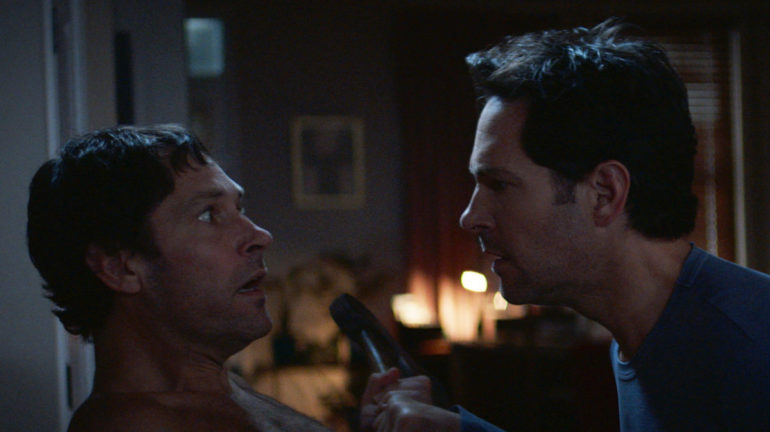 If you had to name the most charismatic actors in Hollywood right now, who would you think of? Names like Leonardo DiCaprio, Brad Pitt, and George Clooney come to mind for most people. But one name that’s come into the conversation recently is Paul Rudd. Known for his roles in comedies and age-defying looks, he’s the guy that everybody loves. It’s that down-to-earth energy he possesses and instant likeability that has made him into a movie star. Now he’s made the transition to TV in his own show on Netflix, Living with Yourself.

The show deals with Miles Elliot (Paul Rudd), a man whose professional and personal life isn’t going where he wants. Miles is caught in a job that he doesn’t like and is in a mundane marriage with his wife Kate (Aisling Bea). He seems stuck in a rut, until his coworker Dan (Desmin Borges) tells him about a spa procedure that promises the allure of a better life. He goes through the treatment but discovers that it’s somehow created a doppelganger (also played by Paul Rudd) that’s seemingly better than him in every way. Now the two Mileses have to figure out a new balance to their life as they fight for control.

It’s clear that Living With Yourself wouldn’t work without Paul Rudd. He’s pitch-perfect as the two Mileses and gives one of his best performances – or, should I say, two of his best performances. The way he portrays Miles and Pure Miles, both physically and through their different quirks, is very entertaining. We see normal Miles as just a loser who always slouches with his messy hair and glasses. Compare that to clone Miles, who has this glow about him that makes everyone smile and instantly brings this newfound energy to the room with his upbeat personality. The clone is more like Superman compared to the original Miles, who’s the Clark Kent that everybody ignores.

Their mannerisms perfectly stand apart, and not once is there any confusion on which Miles you’re seeing. When both are in the same scene, you’ll always have a grasp on the difference between the two Mileses. It’s always a highlight when Paul Rudd gets to act against himself – I could watch scenes of the two Mileses interacting with each other all day. One of the best moments of the show is when both Mileses try to convince the other that they’re the real person. So, they list off their old memories like they’re old friends and attempt to one-up each other on what happened in their life like who was their first kiss. And they’re not short scenes either, more like a segment from a play. Even more impressive is that he’s acting off himself, yet you’ll never suspend your disbelief that’s there two Mileses.

If there’s one aspect of Living With Yourself that stands out, it’s seeing a moment from a different point of view. Each episode will mostly show the world from both Miles’s perspective and occasionally from Kate. Take the pilot, which shows Miles waking up in a ditch after the spa treatment, being massively confused while trying to get home, and meeting his doppelganger. Episode 2 shows how the clone was after his procedure with him taking in the beauty of the world and improving his life with his upbeat energy. There are lots of moments like that in this season, which enhances the binging experience. Even with the little stuff, you’ll see it from a new perspective. It also doesn’t fall into the cliché moral question of who’s right or wrong. The duplicate Miles isn’t treated as an antagonist, unlike with most stories about cloning.

It’s not just the editing that shows off new points of view, but also the themes. Subjects like having an identity crisis, marriage, big business vs. small business, and many more are explored brilliantly well.The editing shows us that, these issues don’t just have one right way of looking at them. Every angle gets explored, and it helps to flesh out the characters. Take clone Miles as an example, who, despite appearing and acting perfect, he’s more flawed than you realize. His arc is about him discovering that despite thinking he’s Miles, including having all his memories, he’s just a clone. It ties into finding your own self, which is what the original Miles is doing after seeing a supposedly perfect version of himself. He wants to be Miles but is dismissed for being a clone, something that goes against nature.

But don’t let all the heaviness fool you, Living With Yourself is still a fine comedy. It blends high concept, low brow, and the bizarre into a beautiful package. You can have one scene with a serious discussion about going to the fertility clinic then showing Paul Rudd waking up in a grave while wearing a diaper, trying to run home. There’s plenty of moments like that sprinkled throughout the whole season.

Also, Living With Yourself features one of the best comedy cameos in recent memory. It just comes so far out of left field that not only is the cameo itself hilarious, but the sheer absurdity of it is incredible. Without giving too much away, it’s someone you wouldn’t expect to make fun of themselves and their accomplishments. I laughed so hard that I spit out coffee all over myself.

While the show has a smaller supporting cast, they do stand out. Alia Shawkat shines as Maia, Miles’s younger half-sister, despite only appearing in half the season. She often gives Miles advice, and they have such good chemistry. Unfortunately, they don’t get to flesh out Maia quite so much as Kate, who has an entire episode dedicated to her. Kate is very much her own character as opposed to Maia, who is there to only support Miles. Likewise, no other character gets a real chance to shine, but they do a great job on supporting Miles.

Paul Rudd makes a great transition from movies to TV in the brilliant Living With Yourself. You get to see his charm and acting chops on full display. It has a delicate balance of exploring such deep themes while being laugh-out-loud hilarious. The whole season is just under four hours, making it an enjoyable short binge watch. It encourages multiple viewings with callback jokes and sequences that make you want to explore for more. 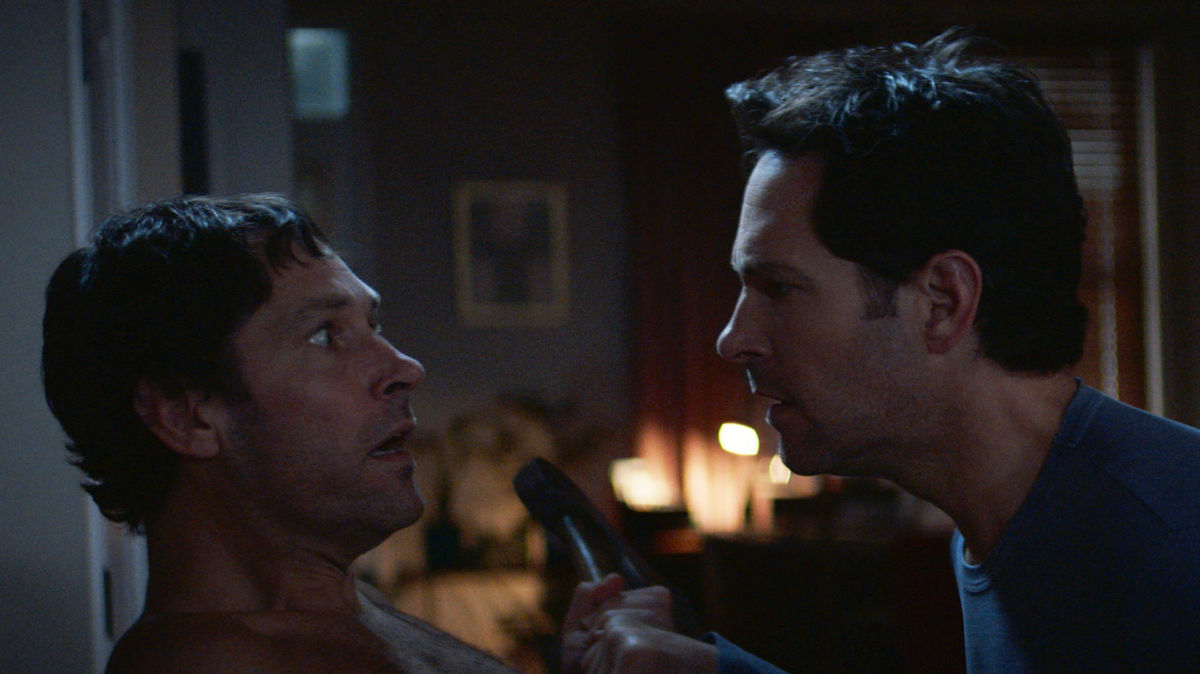 Verdict
When there’s not one but two Paul Rudds involved, what’s not to love.
9
Cultured Vultures is a pop culture website established in 2013 covering all things gaming, movies, and more. We eat your words.
All The News On The Biggest Games