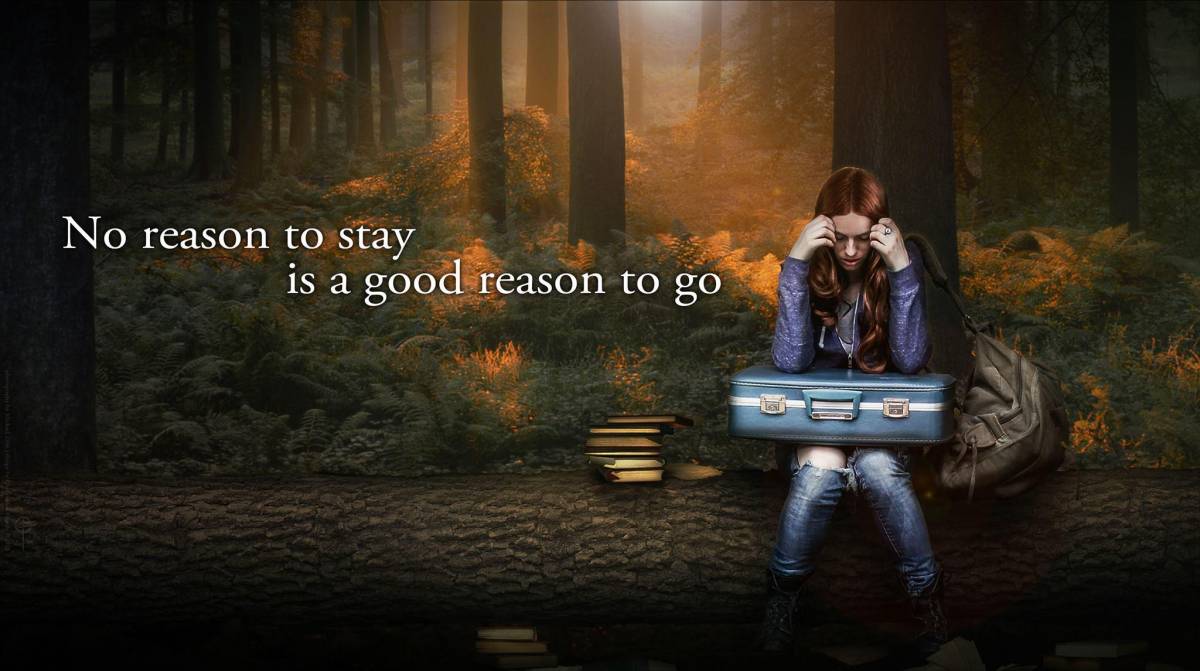 I was a bit skeptical when I watched the preview for writer/director Christine Vartoughian’s Living with the Dead. A drama about suicide and depressed teens? These films tend to go one of either two ways: over-the-top melodrama or over-the-top romanticism (the psych ward is a great place to fall in love!). I’ve very happy to report that Living with the Dead is neither of these things.

We begin as Adam (Benjamin Frankenberg), a preppy high school senior, hangs himself. A bit of time passes and Max (Emily Jackson), his girlfriend, attempts suicide herself with a bottle of sleeping pills. Or maybe it’s not an actual suicide attempt. We never know, exactly, because Max is never sure herself. It’s this kind of uncertainty that propels the narrative toward a very dark but hopeful climax.

The movie doesn’t linger on the inevitable psych ward scenes, and thank god for that. We spend a few short minutes with Max as she’s about to leave the hospital. Shortly afterward, she leaves her upper-middle class family and heads out on the road, a bus ticket at random to New Paltz in Upstate New York. Sitting in a cafe, reading books that Adam left in a suitcase when he killed himself, Max meets Ish (Craig McDonald-Kelly), a college-aged kid who’s also searching for himself. He does a lot of reading and wondering and searching for an identity.

This is the kind of discovery process that most young thinking people go through, especially the emotionally sensitive ones who have had great trauma in their lives. It makes sense that these two would be attracted to each other. Despite narrative time constraints that demand the two run into each other almost immediately after she gets off the bus, their meeting feels organic while maintaining a strong sense of destiny, as if these two absolutely had to meet each other at some point.

Vartoughian is spot-on in her observations about depression. She captures perfectly that feeling where it’s not that you don’t want to get out of bed, but getting up seems like an utter impossibility. There’s a scene early in the film where Max’s parents are throwing her a party because she’s been accepted to Yale and Max goes through the motions but you know that, underneath, she feels as though she’s only imitating a human, trying to play a role. Though the movie isn’t hyper-realistic, tonally, it never lacks verisimilitude.

Emily Jackson is absolutely wonderful as Max. Her expressions change subtly as the movie progresses. Her disposition goes from cold and standoffish to something a bit warmer as she slowly figures herself out and falls in love with Ish. But there’s no giddy school girl transformation that leaves Max completely changed because she found love. There had to be a lot of pressure on both Jackson and McDonald-Kelly, because a good portion of the movie consists of the two of them interacting with each other, and nobody else. But they really pull it off, and it’s fascinating to watch.

Adam follows Max on her journey, appearing in disturbing and haunting ways in small bursts of visions and dreams that come to Max throughout the film. When Max finally confronts Adam, the scene is agonizing and moving, symbolic and literal. There’s a sort of alchemical mystery that goes on as Max, who is of course really confronting herself, digs deep into her psyche for answers.

Though I was skeptical going in, Living with the Dead ended up being quite a moving, authentic experience.

Living with the Dead is currently available on Amazon Video.