Is there anything Lupita Nyong’o can't do? 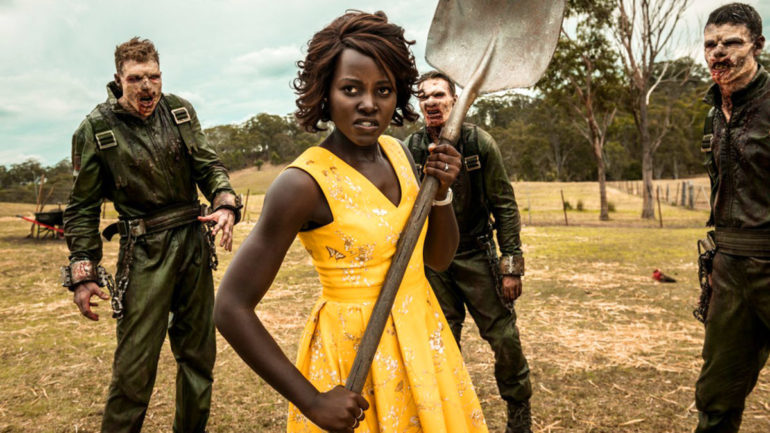 I think we can all agree that for a zombie comedy to be noteworthy these days, it must bring something unique to the genre. This year saw the release of the phenomenal One Cut of the Dead, but such genre-defying films are anything but commonplace. Finding the right balance of comedy and horror is a complicated act, and while Little Monsters struggles at times to maintain this balance, it is carried by yet another terrific performance from Lupita Nyong’o. So, given the strength of her character, it’s baffling as to why it takes nearly 15 minutes for her to be introduced.

Written and directed by Abe Forsythe, Little Monsters begins on a loud and aggressively explicit note. We’re introduced to Dave (Alexander England), a washed-up and misguided musician whose latest profanity-laced argument with his girlfriend leads to their breaking up. Now forced to stay with his sister and her son Felix (Diesel La Torraca), Dave’s finally hit rock bottom.

That’s until he meets Felix’s teacher Miss Caroline (Nyong’o). In a misguided attempt to win her affection, Dave volunteers to chaperone a class field trip to a nearby farm. What begins as idyllic quickly turns hellish, as hordes of the undead escape from a nearby research facility and descend upon the farm. Now Dave must work with Miss Caroline and a reluctant television host to protect the children.

My initial issue with Little Monsters is that far too much focus is given to developing Dave, who, in all honesty, isn’t a very interesting character. He serves as a one-note dunce that Forsythe capitalizes on for far too long. While his schtick initially delivers some laughs, it quickly grows stale and feels redundant. While his arc evolves for the sake of more heartfelt moments, the time spent on him would have been far better serviced to Nyong’o.

No stranger to horror, having given a terrifying performance earlier this year in Jordan Peele’s Us, Nyong’o is once again a film’s defining star. Her ability to combine charismatic motherly teacher with pitchfork-wielding zombie slayer gives Little Monsters its only real spark. She is a standout, not only in charm but in wardrobe, as her bright yellow dress is a stark contrast to the bloody undead corpses that are ravaging the farm. The biggest laughs stem from Miss Caroline’s well-meaning attempts to keep the children calm and shielded from the reality of the zombie outbreak. She isn’t covered in blood after killing a handful of zombies; she’s back from having a “jam fight!”

These moments help to overlook the more played out and tiresome humor, such as handicap jokes and Forsythe’s over-reliance on using “fuck” as a punchline. There is also the most egregious and irksome character who plays a significant role in the second half of the film.

Josh Gad plays Teddy McGiggle, a larger than life host of Australia’s most popular children’s program. McGiggle, who happens to be at the farm during the outbreak, is revealed to be anything but his bubbly television persona. He’s exposed as a foul mouth, alcoholic sex-fiend who, big shocker, HATES children. His character mainly contributes a slew of expletives whenever there’s a lull in dialogue, and his humor is far too forced and serves as little more than a constant distraction for the wrong reasons.

Little Monsters humor loses its bite over the course of the film, but here is where its heartfelt moments pick up some of the slack. At the core of the movie is little Felix, who, apart from being adorable, brings an innocence that plays well against the film’s general filthiness. There’s a recurring Darth Vader gag of him attempting to use force powers that elicits an unavoidable “aww” every time it reoccurs. His character mostly serves as the setup for Dave’s redemption arc.

Dave’s evolution from a screw-up to the savior of children becomes fairly endearing, even if, again, I’d have preferred more scenes with Nyong’o. She is so effective in depicting how an educator might respond to an unfathomable nightmare. The focus of the film feels misguided at times, as the plot often focuses on the less interesting characters, shielding its true star.

Other than a pitchfork skewering and several tractor segments, the unique environment isn’t made all that memorable. It’s a shame given that while we get several Nyong’o zombie kills, the potential for zombie carnage via farming equipment is sparse. As for the zombies in this zombie comedy, they feature sound practical effects, makeup, and gallons of gore. That said, those looking for Dawn of The Dead level of zombie carnage will be underwhelmed. While I prefer Little Monsters emphasis on developing its character’s relationships, its farm setting feels like an underutilized undead carnage playground.

If anything, Little Monsters is indicative of how a singular performance can make an average film more engaging. Between Lupita Nyong’o and Diesel La Torraca, there’s heartfelt chemistry that makes for earnest compassion. That said, it breaks little ground within the horror-comedy genre, given its fair amount of forced humor and elementary writing. It makes for an average zombie comedy that has memorable moments, amongst unremarkable undead filler. 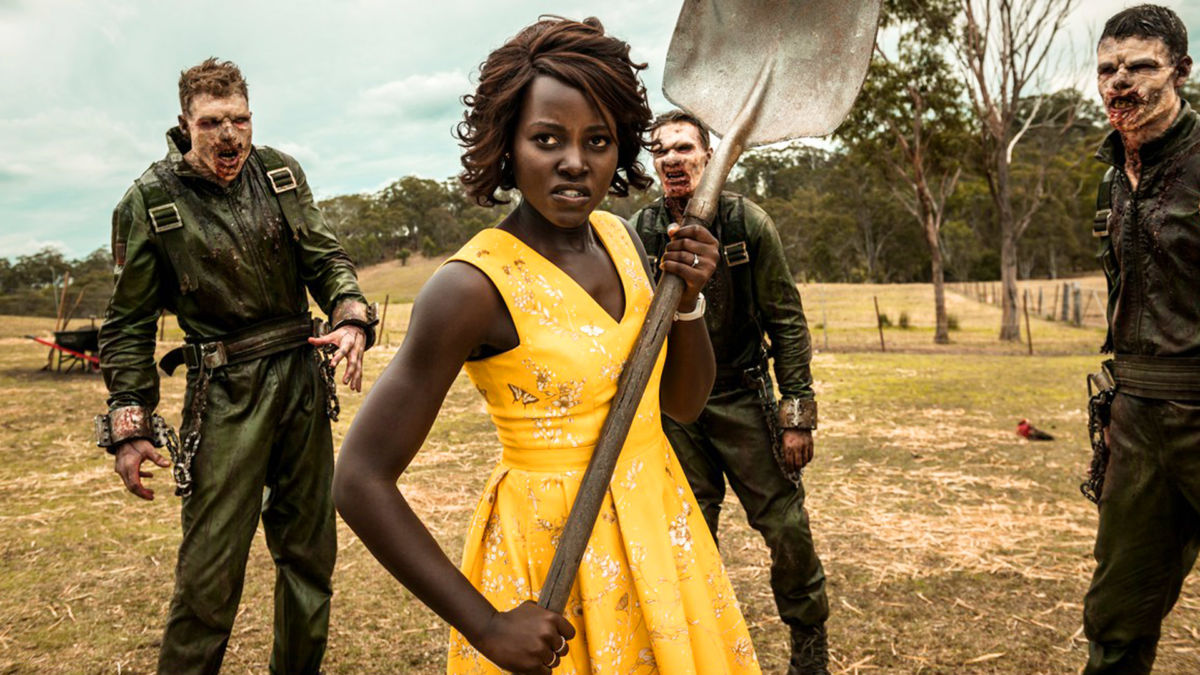 Verdict
Lupita Nyong’o gives a terrific, standout performance that ultimately elevates this average zombie comedy.
7
Cultured Vultures is a pop culture website established in 2013 covering all things gaming, movies, and more. We eat your words.
All The News On Your Favourite Games