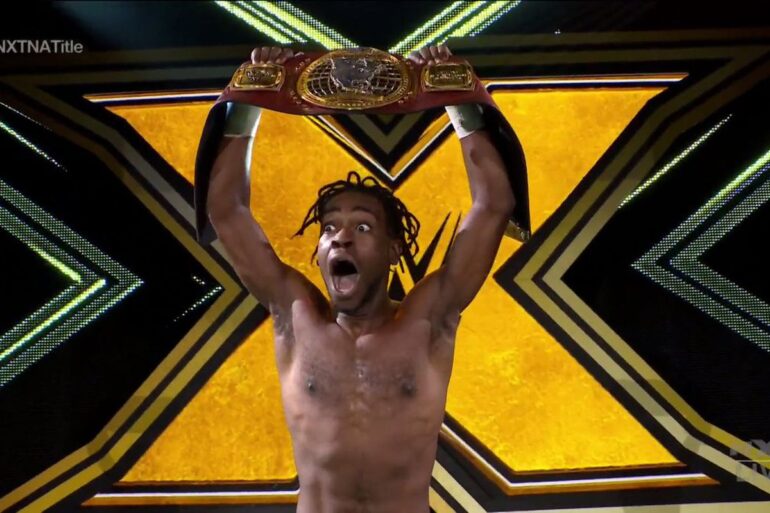 You might be wondering, who on Earth is Leon Ruff? You wouldn’t be the only one. Ruff has made a few sporadic appearances for both NXT and 205 Live but hasn’t really left any sort of impression on the WWE Universe. That is, until now.

The former EVOLVE star was selected as Gargano’s challenger by the champ’s custom wheel of fortune, one similar to the wheel Shotzi Blackheart used to determine stipulations at Halloween Havoc, the same night Gargano won the North American title. Even though the scene was obviously rigged, Ruff took up the challenge nonetheless.

Fortunately for the newcomer, former North American champion, Damian Priest, was hanging out with the fans behind the Plexiglas to lend the assist. Gargano was distracted by ‘The Rock-N-Roll Champion’ and fell victim to a swift roll-up from Leon.

This is undoubtedly a huge win for Leon Ruff, but perhaps one that may turn a few fans off the product. Perhaps if this was a more established NXT superstar that was in need of a big rub – Cameron Grimes, KUSHIDA, Dexter Lumis, just to name a few – then this could have been an even bigger news story than it is. Regardless, WWE do love a good swerve, and I’m sure nobody could have predicted this title change.

READ NEXT: 29 Best NXT TakeOver Matches Of All Time