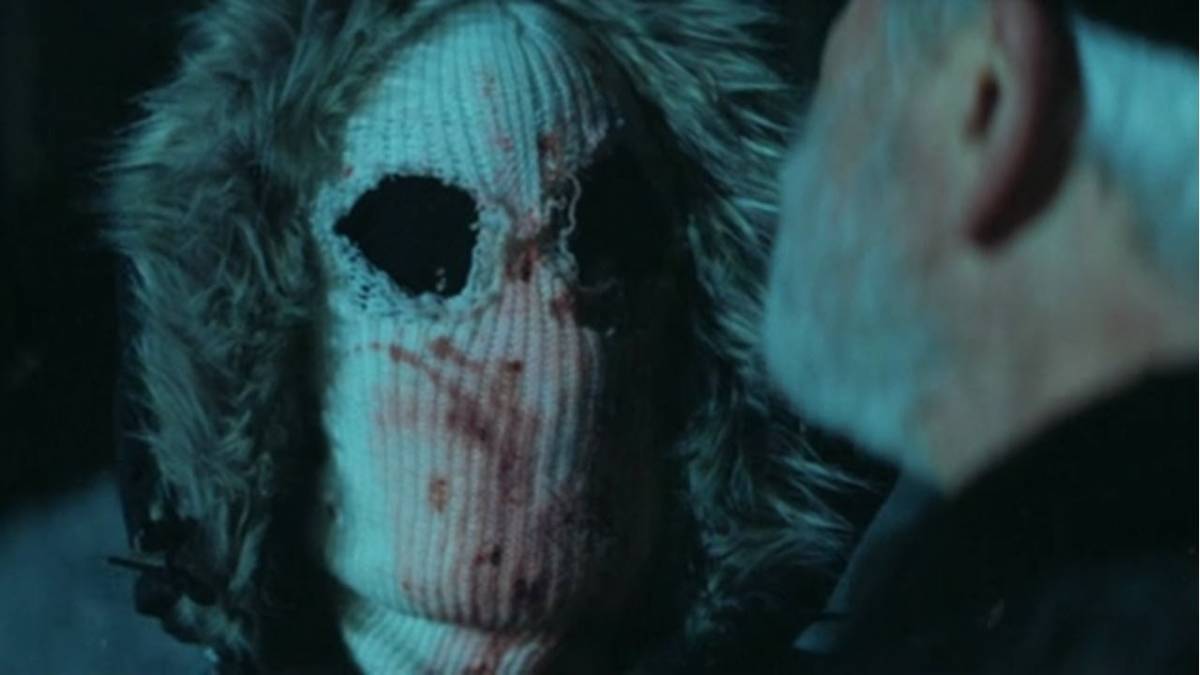 Written by Stevie Jane Miller and directed by Ben Milliken, Lake Alice is all sorts of not bad, though it certainly has potential, both in terms of story and direction. It’s the first feature for both writer and director, so they have plenty of room to grow. While not a total misstep, Lake Alice wastes a lot of potential.

We start with a young woman leaving a bar during a cold midwestern night. She’s attacked. She screams. Cue opening credits. Is this kind of thing even considered a hook anymore? It’s become such a cliche that there’s almost no emotional impact at all. Well, so there’s that. After the opening credits, we’re introduced to a family driving the roads of the same snowy midwestern town. There’s the parents (Peter O’Brien and Laura Niemi) and their daughter, Sarah (Caroline Tudor), along with her boyfriend, Ryan (Brad Schmidt). They’re heading to the family’s cabin in the woods for Christmas. Some shit is about to go down. Okay, not a bad setup. We’ve seen it before, but that doesn’t mean that we can’t get something unique from the premise.

Just about everyone in this small midwestern town is mean to the family for seemingly no reason. They used to live there, so the family’s not exactly a bunch of out-of-towners, even though they only have a vacation cabin now. Well, the reason everyone’s upset at the family becomes obvious soon enough, and of course it’s to throw the audience off the scent of the real killer. We know we’re watching what’s going to amount to a home invasion story, so the filmmakers try to fake us out with as many “suspects” as possible. Of course we know that everyone’s so over-the-top mean that we’re all pretty well sure that none of them will end up being the real killer.

Besides the opening scene, there’s no actual violence for 45 minutes, though there are a few jump scares and we get some POV shots of someone stalking the cabin. This is actually a really good dramatic move on the part of Miller and Milliken. We watch a rather compelling family drama unfold, and we slowly start to get to know and even like these characters and then bam! The violence comes suddenly and it doesn’t let up until the movie is over. And the last 30 minutes makes up for all the blood and brutality that the first 45 were missing. Very nice dramatic thrust here.

We get to the ending and it, well, it’s not very good. Silly character motivations, bad horror movie cliches, people who turn out to be psycho for no apparent reason, cringe-worthy acting. It’s all there, and it’s all bad. Whatever goodwill the movie built up with its unique pacing is destroyed in the final five minutes. Still, everything up until the ending is done well enough, and I had fun watching the flick. It wasn’t great, and I’d be hard-pressed to recommend it except to waste some time, but Miller and Milliken made such a sincere effort that I’ll definitely be willing to go into their next film with an open mind.

Lake Alice will be released on digital platforms on July 18, 2017.