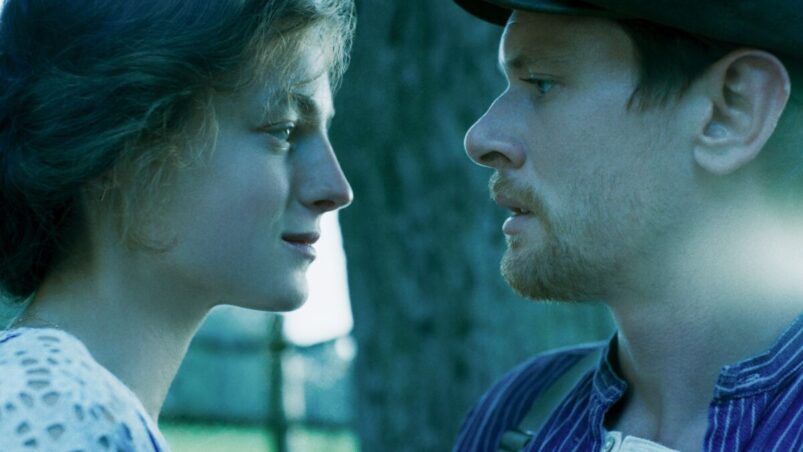 In 1928, D.H. Lawrence’s Lady Chatterley’s Lover was privately published. But once its existence was discovered, it was subsequently banned in the UK due to obscene material. It wasn’t just about the 13 sex scenes, 12 of which described in detail, but also the obscene language that littered the book, words like “fuck” and “balls” repeated many times throughout. It would take another 32 years before this label was proven to be untrue, and Penguin Books was finally able to publish Lady Chatterley’s Lover.

Even today we argue the literary merits of Lady Chatterley’s Lover – is it literature, or pornographic material? This is perhaps the same argument that will divide audiences for Laure de Clermont-Tonnerre’s film adaptation of the novel, which casts Emma Corrin as the spirited Lady Constance (Connie) Chatterley and Jack O’Connell as her lover Oliver Mellors.

Things begin on a high: Connie has just married Clifford Chatterley (Matthew Duckett), they’re both happy and very much in love, and then we move to the aftermath of war. Clifford was injured in service, and lost the use of his legs. So when the couple finally settle in at Wragby, the estate that Clifford is heir to, the early dynamic of their relationship is no longer there. To make matters worse, Connie plays the role of nurse more than wife, as Clifford refuses to take assistance from anyone but her. He’s not capable of being sexually intimate, and with Wragby being all the way in the English midlands, there isn’t much opportunity for Connie in terms of socialising and company.

We sense her loneliness as she escapes the manor for long walks through nature, resentful of a man she’s bound to for the rest of her life. There’s lament here of what the war took from them, but at the same time, Clifford also doesn’t seem to acknowledge his wife beyond her use to him. When he broaches the idea of Connie having sex with another man, it’s for the purpose of an heir to Wragby, and not for her own pleasure. Connie is scandalised at his suggestion, especially since it cements that their relationship will forever be devoid of that sexual passion. Corrin, who played Princess Diana in season 4 of The Crown, exudes a similar fiery spirit here as Connie, as she battles against the boundaries Clifford has set upon her.

In her loneliness, she strikes up a friendship with Oliver, the gamekeeper of her husband’s estate. O’Connell is proving himself to be such a compelling actor — from his performance in Little Fish to this brooding, sexy gamekeeper, he knows how to be a romantic lead and what he needs to bring to the table. Oliver is also stuck in a passionless marriage, which offers them a bit of common ground, and they give in to their carnal desires for each other. Each individual sex scene is framed so beautifully and sensuously. There’s purpose and intention as Connie and Oliver cast aside their inhibitions, and de Clermont-Tonnerre uses these scenes to highlight both Connie and Oliver’s growing sense of agency.

The easy thing to do is to walk away, to just call what they share lust and not love. Considering Connie’s social position, that’s what she should do, since any public relationship with Oliver will not end well for her. Oliver too is aware of his social inadequacies, that he depends on Connie’s husband for his livelihood, and will be fired once their indiscretions are known. What future can he provide for her? Will their passion for each other turn to dust in the wake of all this disapproval?

The story of Lady Chatterley’s Lover is as relevant today as it ever was, and in de Clermont-Tonnerre’s hands, there’s a certain idealism that wasn’t quite there in the original story, which I prefer. Corrin and O’Connell have crackling chemistry, yet there’s also something so immaculate in their characters’ exploration of each other. What a gorgeous film. 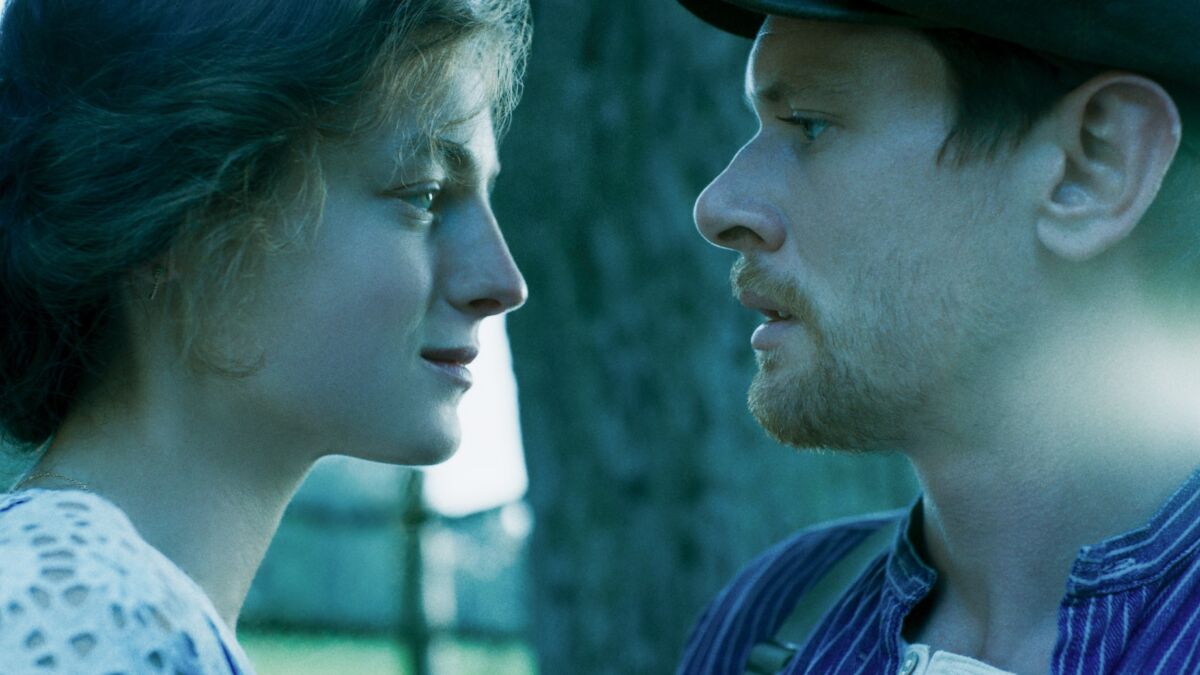