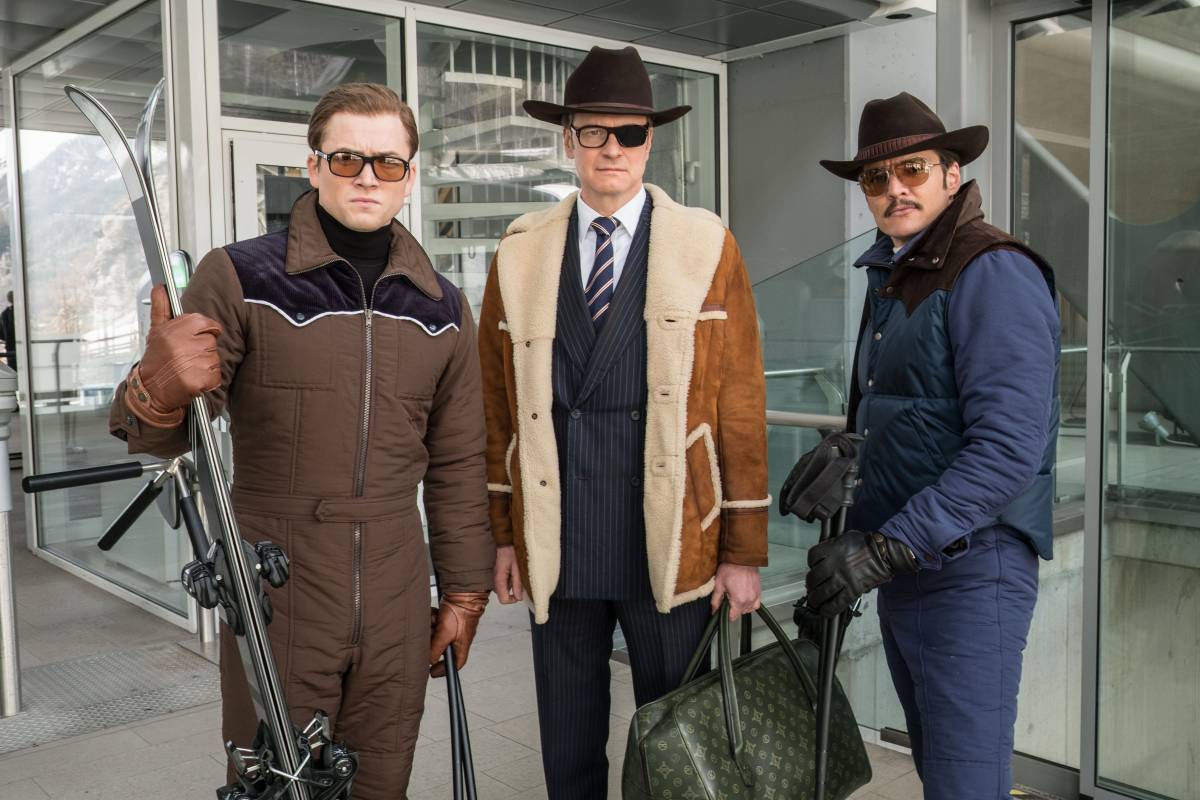 Kingsman: The Golden Circle takes us to the extremes at time, but so much fun was had during every minute of the film, even if ran longer than it should have.

After a targeted attack on the Kingsman, it’s up to Eggsy (Egerton) and Merlin (Strong) to rebuild their organization. The Kingsman doomsday scenario takes them to a Bourbon warehouse in Kentucky, where we first meet the members of their American-based equivalent in the Statesman: Champagne (Bridges), Tequila (Tatum), Ginger Ale (Berry) and Whiskey (Pascal). The Statesman work in a way that is different to the Kingsman line of thinking but at the end of the day, they are in agreement.

Eggsy still has to save the world and this time it’s in the form of drug dealer Poppy Adams (Moore), who is also the head of the mysterious Golden Circle organization. While Poppy’s tactics will leave people wondering whether she’s right or wrong in her goal, people will no doubt be rooting for her demise at the same time.

I know what you’re thinking. How in the hell did they manage to bring Harry Hart (Firth) back from the dead? After all, he was shot point blank by Richard Valentine (Samuel L. Jackson) in Kingsman: The Secret Service. The film catches us up from the shootout at the Kentucky church through present day where Eggsy and Merlin seem stunned to see a one-eyed Harry through a mirror. It’s great that they bring Harry back because Taran still isn’t enough to lead a film. Kingsman is an ensemble and Eggsy works best with a partner like Harry.

Let’s talk a bit about Sir Elton John’s performance. The legendary musician is amazing in the screen time that he’s been given. I’d rank it with Melissa McCarthy’s performance in Bridesmaids. The guy’s a fricking action star and should get a movie where he shows off his skill set. Perhaps his agent will look into booking him some more action comedies because his performance left me wanting to see more.

The film features singing by Mark Strong in what’s proven to be a great year for films starring Channing Tatum and featuring John Denver songs on the soundtrack. Denver’s music drives the soundtrack in Kingsman: The Golden Circle. That’s all I’ll say about that, but boy did I have fun.

By making the decision to house the Statesman in Kentucky, it’s the filmmaker’s way of apologizing to the way that they used the Commonwealth in the first film. Kentucky Bourbon is all over the movie as is the Kentucky motto, United We Stand, Divided We Fall. If this is their way of apologizing, my fellow Kentuckians should forgive them for the events that transpired during the first Kingsman.

This film does not suffer from a case of sequelitis in the way that we’ve seen from sequels before this and it’s not really a messy film. There was no possible way for Vaughn to be able to one-up the church shootout from the first film. It really can’t be outdone, can it? While there were sequences that were fun to watch, nothing can outdo it.

Kingsman: The Golden Circle may reach the gross-out level at times and there’s definitely one part while installing a tracker that they could have done without, but the film is still enjoyable to watch for much of its 141-minute running time.

Twentieth Century Fox will open Kingsman: The Golden Circle on theaters on September 22, 2017.