Kickstarter Round-Up: One Night & The Beast Inside 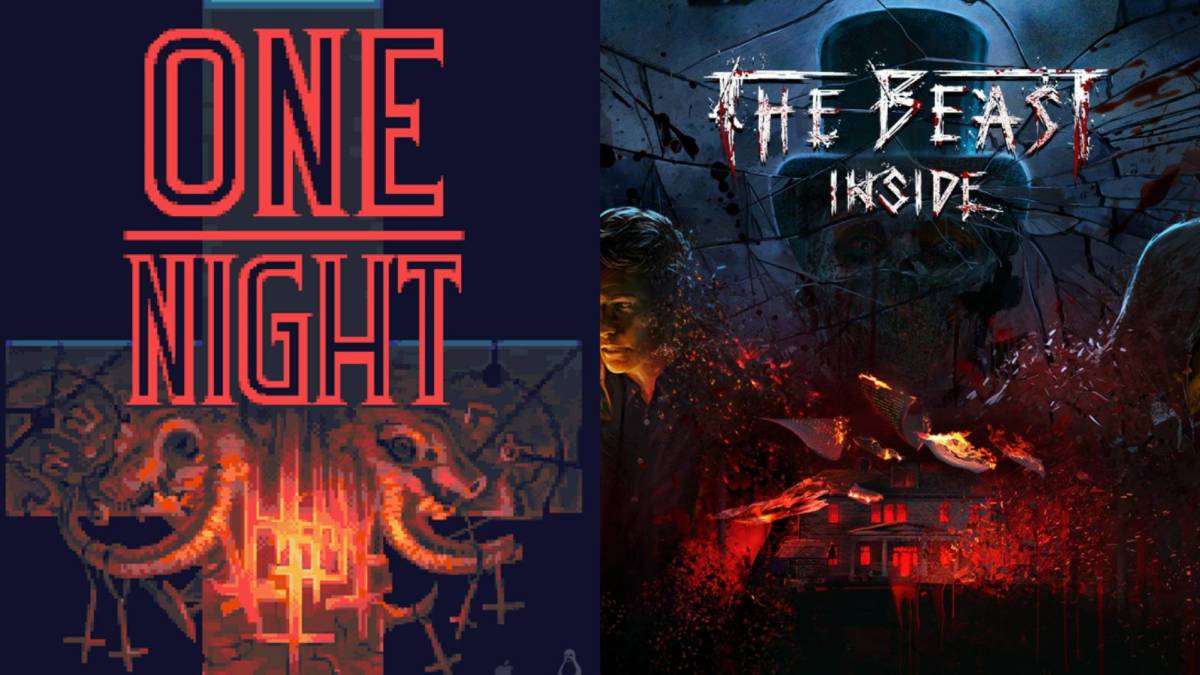 It’s time for another Kickstarter round-up where I scour the depths of Kickstarter and pick out my favourite games for the theme I’m most interested in this week. This time the theme was horror. There were a lot to pick from, but there could only be two choices.

First up we’ve got One Night, which describes itself as Diablo meets Earthbound that is steeped in the horror movie iconography of the 80s. From the Kickstarter trailer, One Night looks to be a polished and tight isometric brawler with cheesy horror vibes and some grotesque creature design.

The story follows John as he fights to stop the demon lord Baphomet from taking a human bride and securing his bond with our world, allowing him to rule after the sun has dawned. After the initial intro chapter the player is able to explore the entire town of Watford and defeat Baphomet’s five generals before finally ascending to Baphomet’s fortress and stopping him.

Oh, and the bride Baphomet has chosen is John’s next door neighbour. One Night drips with 80s and thankfully not in the Ready Player One way.

Players choose to be either Melee, Ranged, or Magic and each playstyle has its own nuances with Magic having a Magicka feel to it as you combine elements in different orders to cast different spells. So far we’ve only got the video to go by, but it looks good.

For those who liked the Stranger Things soundtrack, One Night’s soundtrack has been crafted with the same synth soul and it fits amazingly, capturing the zeitgeist and conjuring up images of old B-movies and horror classics alike.

A custom OST cassette tape, Watford High Letterman jacket, a monster compendium, and much more themed goodness is exactly the kind of thing I want from my Kickstarter.

With 15 days to go, One Night might just make it and with the amount of love and care that has went in to its design, it deserves to. Check it out here.

I’m skeptical of this next game but the trailer shows that even if it is bullshit (pre-animated content that isn’t representative of gameplay, but doesn’t say such) then developer Illusion Ray are still capable of creating something beautiful.

Illusion Ray’s photorealistic horror/thriller The Beast Inside promises a multi-layered story of madness and horrifying secrets and while the trailer is scant on details -offering up the premise then showing the kind of jumpscares you’re in for- I’m at least optimistic.

The story follows two characters: Adam a Cold War cryptanalyst, and Nicholas a “mysterious” nineteenth century man and all the horrors that surround him. It’s a refreshing take on the “family moves to a creepy old house” story that vastly ups the stakes as Adam is striving to crack a Soviet code. I’m not usually drawn to that type of story, but I feel I can get invested in this. I have a reason to care whether or not Adam survives, which is always a plus.

The inspirations listed for The Beast Inside cite Resident Evil 7, Amnesia, and Firewatch which certainly interests me as the latter two are fantastic examples of atmosphere and story.

At the time of writing, The Beast Inside has finished its Kickstarter campaign and is now up on Steam to be followed and wishlisted. Sadly, it missed its first stretch goal, The Swamp, by just over a thousand CAD.

You can find The Beast Inside Kickstarter here and its Steam page here.