If you enjoyed the platforming of the 90s, you will love Kaze. 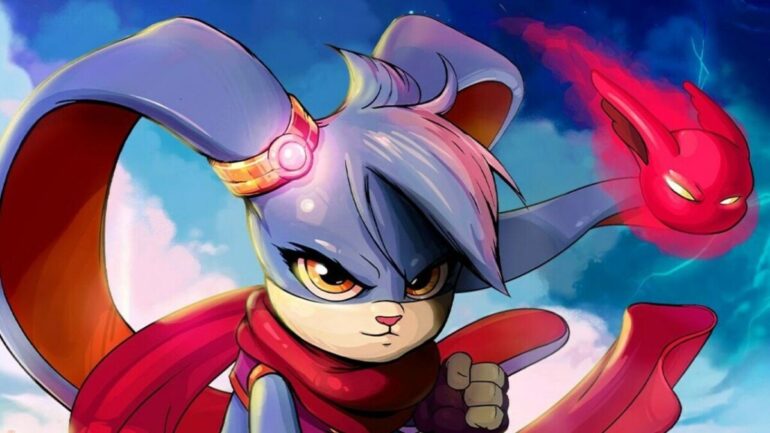 Kaze and the WIld Masks 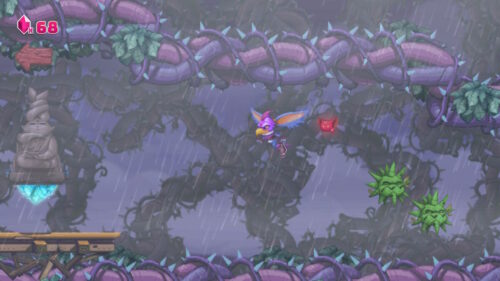 Whatever your personal genre preference, the 90s was a great era of gaming to grow up in. While games may have moved on greatly since then, there’s still something nostalgic about the 90s that some developers tap in to with their newer releases. You only have to look at games like Sonic Mania or the newer Mario releases to see the constant throwback to the original games from the 90’s within the levels. Kaze and the Wild Masks is a great example of a game that could easily have been found in the 90s, but with the bells and whistles of a modern day release.

The game begins with Kaze and her friend exploring a cave and finding some kind of ring-based artifact. When they get close to the ring, it activates, sucking her friend into it and releasing the evil that was previously trapped inside. You then take control of Kaze as she fights enemies and collects gems, with the ultimate goal of getting her friend back. It’s the kind of story you would expect from a platformer, but it works for this genre, and consequently suits Kaze and the Wild Masks.

The story is told through picture based cutscenes, but it feels like Kaze could have benefitted from a more in depth story than this. Any other story information is only given to you via still pictures earnt from completing levels, and is not told in a particularly clear and obvious way, with these largely colourless pictures potentially causing more confusion than actually explaining what happened prior to the start of the game.

Aside from how the story is told, the rest of Kaze and the Wild Masks is a joy to play through. The levels are interesting and varied, with an assortment of different terrains and backgrounds that don’t reoccur enough to make them feel repetitive. The style of level also varies a lot too, and you’ll find yourself running away from a tornado, balancing on scales, outrunning rising water, walking on invisible platforms or simply strolling through a grassland. No level feels the same as any other, and this will keep you playing happily through all of Kaze’s 31 levels and 4 boss fights.

For some reason, the evil spirit that was trapped inside the ring decided to make all the enemies fruit and vegetable based, which creates some great encounters. Corn guns, fat aubergines that ground pound, tomatoes shooting you with baby carrots, and toothy sweetcorn husks are just some of the hilarious enemies you’ll come up against in the levels. You’ll definitely hit more than your 5 a day playing Kaze, and you’ll never tire of running into these hilarious enemies.

If these colourful, bouncy levels and over the top enemies weren’t fun enough already, things get changed up even more when the aforementioned masks are introduced into the levels. With the ability to take on the skills of 4 different animals, Kaze can find the masks at set points in the levels, which may not add any mystery, but will definitely prewarn you that there’s probably a difficult platforming section coming up. Gifting you with the ability to fly, swim, climb walls and double jump, mastering these different masks is the key to not only completing the levels and the game, but finding everything else on the way.

Simply getting from A to B is not your only aim in these levels either, so it won’t be a case of a quick run through and onto the next (save that for the time trials). You have a multitude of things to collect, as well as some fantastically quirky enemies to defeat and avoid, making each level a demanding yet enjoyable experience. Making sure you check high and low for the letters K, A, Z and E, every possible red gem in order to allow you to get the 100 needed for the level target, and finding the 2 hidden portals for the bonus stage keeps things interesting as you are constantly searching and not just looking at what is in front of you, but also above, below and behind. Some of these also unlock further bonus levels in the map, so collecting them doesn’t feel like a pointless job either.

If you were hoping that the game also looks and sounds like a 90s platformer as well, then you’re in luck. Kaze has an absolutely amazing soundtrack that you’ll often find yourself bobbing along to while you play the game. Boss fights and chase levels feel suitably tense, and the relief of hearing the victory music once you jump through the portal at the end of a level is music to your ears. My only gripe with the design of the levels is that on more than one occasion, some of the platforms blended in a little too well with the background, and I completely missed the fact that they were there.

Kaze and the Wild Masks is the perfect blend of 90s nostalgic sidescroller and smooth modern gameplay, all of which is done tremendously well. The lack of proper storytelling is a shame, and small niggles with some of the platform sections are the only issues I had with the game; I genuinely enjoyed playing and completing Kaze. It’s the typical easy to play but hard to master style of game, but I would recommend this to anyone desperate for a slice of that 90s nostalgia, because it won’t disappoint. 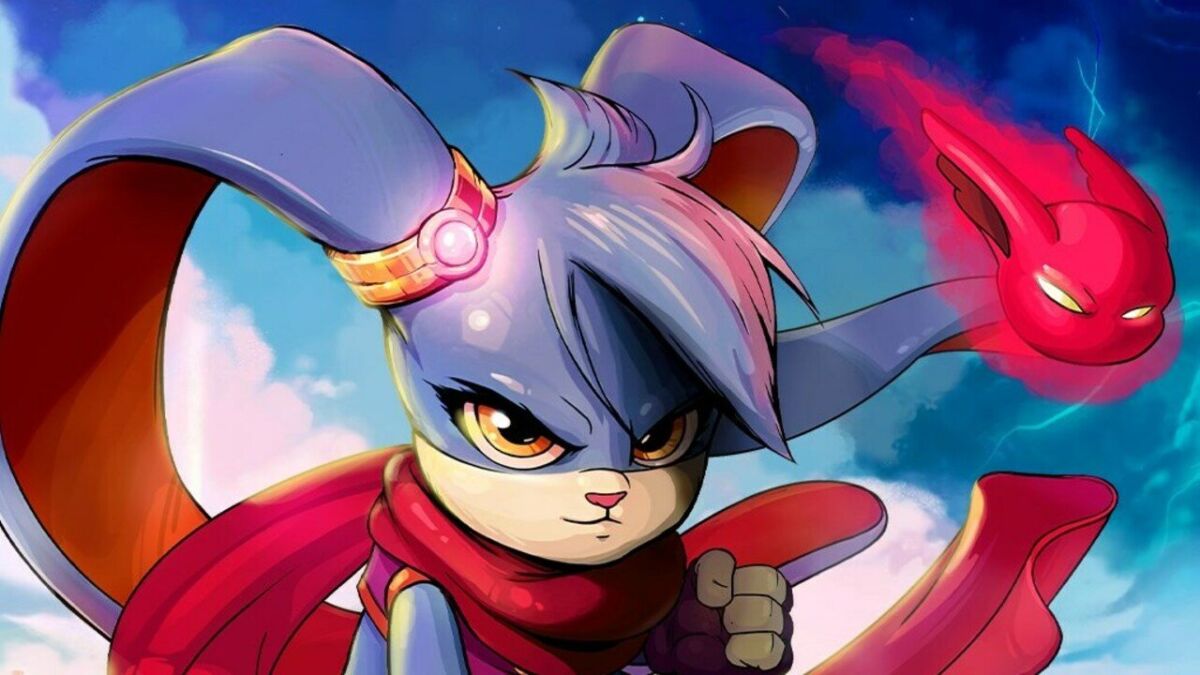 Verdict
Kaze and the WIld Masks is almost the perfect 90s sidescroller throwback, and a perfect way to fulfill your 5 a day.
9
Cultured Vultures is a pop culture website established in 2013 covering all things gaming, movies, and more. We eat your words.
All The News On The Biggest Games