Katana ZERO delivers one of the most impressively polished narrative and gameplay experiences of the year. 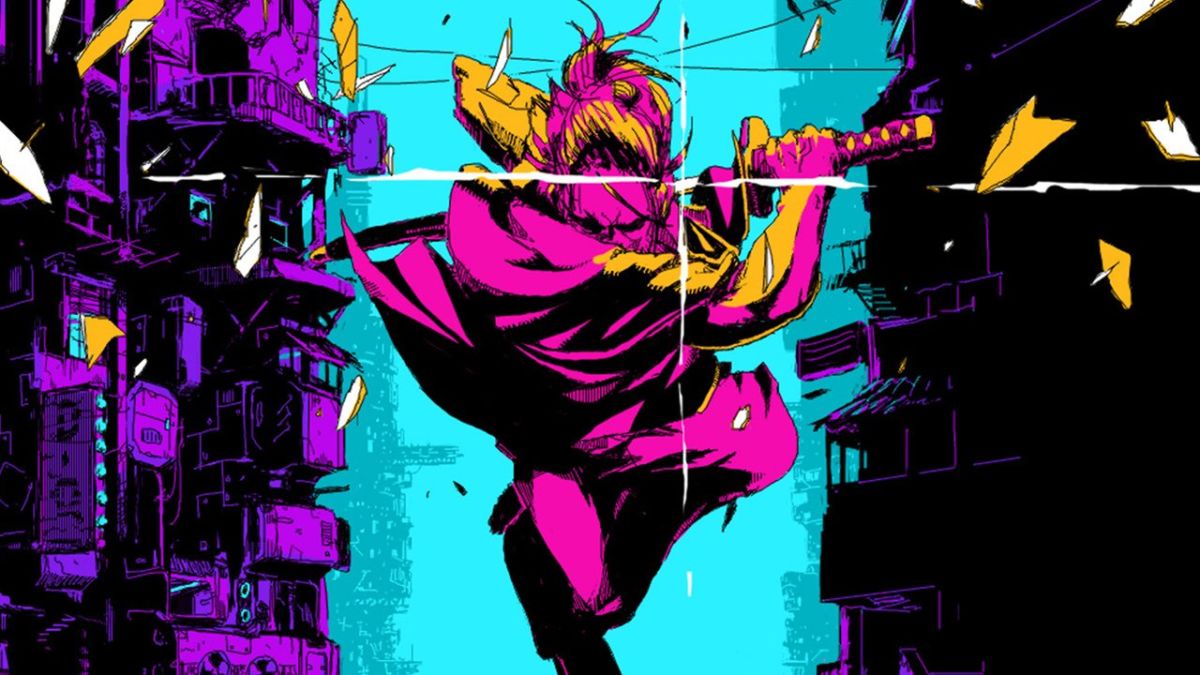 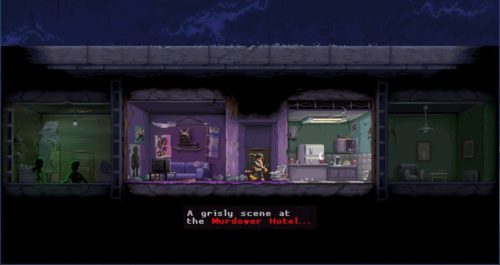 From the outset, Katana ZERO wears its inspirations on its sleeve. Its pulsating neon aesthetic, synth-heavy soundtrack, and hyper-violent gameplay are all familiar trappings of countless flashy titles populating the indie games space. Most are lackluster attempts to recreate the magic of 2012’s Hotline Miami, failing to build upon the groundwork laid by one of the most successful aesthetically similar titles. Katana ZERO’s dedication to presenting highly stylized and polished gameplay topped with a thought-provoking psychological storyline is what makes it a standout title of 2019.

Developed by Askiisoft, Katana ZERO is a neo-noir action adventure title for the Nintendo Switch and PC that puts you in the robes of a mysterious samurai hitman. Tasked with eliminating targets residing within the confines of the dilapidated metropolis by a mysterious employer, the player searches for targets as well as answers to their equally mysterious past. 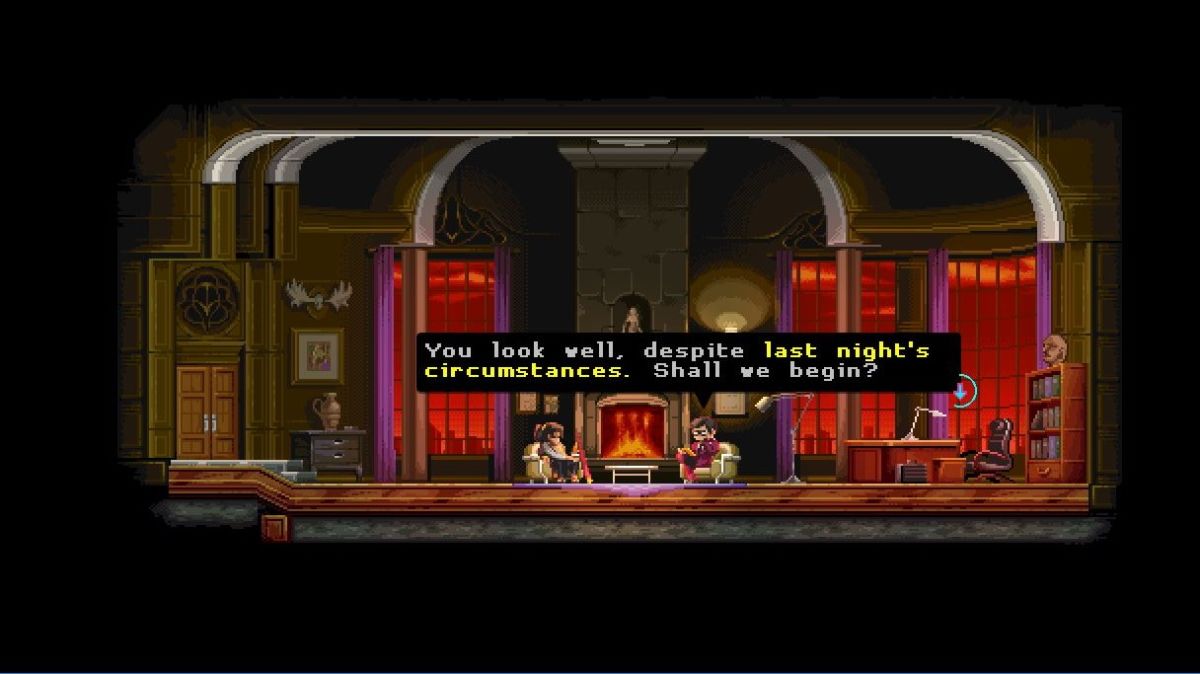 Katana ZERO’s gameplay concept is fairly straightforward, however the level of mechanical polish and style makes it remarkable. Levels, such as prisons and underground science facilities, are broken down into various rooms. Each room is filled with patrolling enemies that must be eliminated before being allowed to proceed. Combat is instant death, which adds considerable weight upon every action taken. Careful planning is required before proceeding, which places even greater emphasis on a required gameplay mechanic: death. Death triggers the rewind feature which, upon dying, shows the player a replay of their last life. This feature allows for analysis of mistakes or an opportunity to study environments to discover alternate routes or strategies to employ. In a game where death comes in a split second, this tool is imperative to mastering the fundamentals of combat.

While death is frequent, most encounters (boss battles aside) should only require a handful of lives before being able to surpass them. Combat is challenging due to its ever-evolving nature which forces the player to be dynamic in their problem-solving. Fortunately, the player is given the freedom to pursue creative solutions to combat, as they are never pigeonholed in a single solution. While brute forcing their way through fights is rarely viable, it always remains an option if your skills are up to the task. 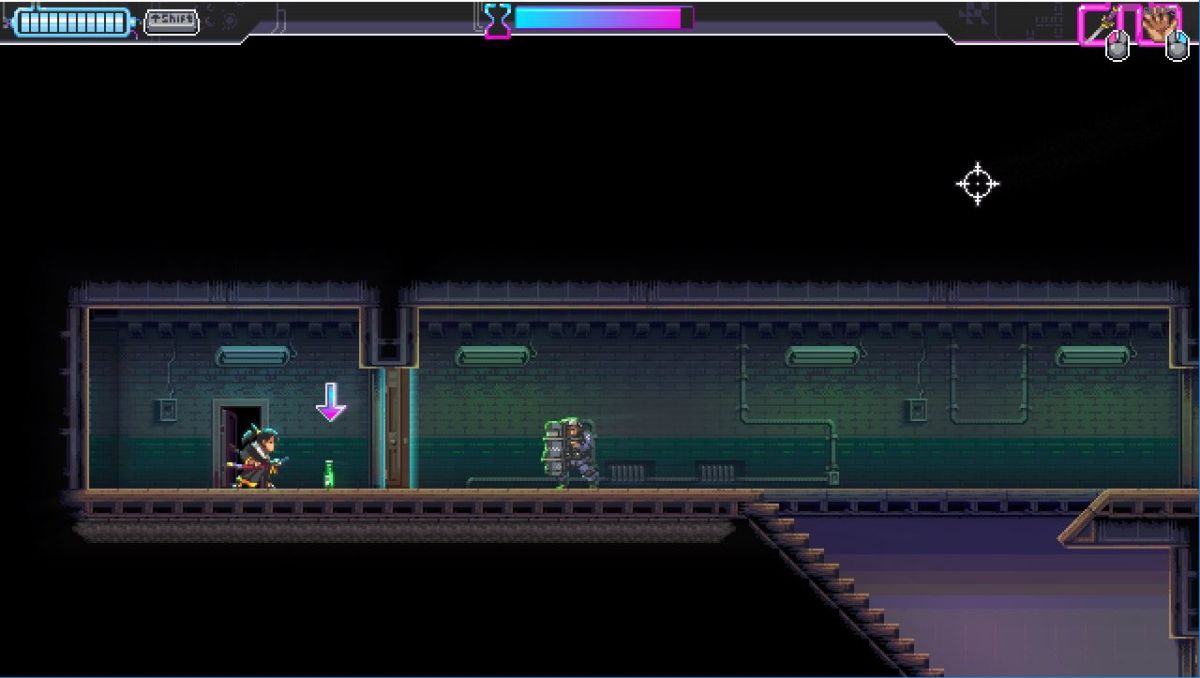 As you are a samurai, a katana is the primary means of dispatching enemies, but you also momentarily have the handy ability to slow down time. This makes evading enemy attacks simpler and ideal for perfectly deflecting incoming projectiles back at their senders. The feeling of lethal speed of your character is both satisfying and gives combat a fluency that’s intoxicating. There are also single use projectiles such as bottles, knives, and Molotov cocktails scattered throughout environments that serve as deadly commodities best reserved for tricky combat situations. All of these abilities are essential in exploiting the weaknesses of more advanced enemies, such as shield-wielding cops or katana-parrying thugs.

Had Katana ZERO merely been a fantastic stealth action game devoid of a meaningful story, it would still be an easy recommendation. So it also offering an expertly penned psychological neo-noir story not only elevates but compliments the entire experience. The player’s plight to uncover their traumatic past is one that begins simply enough yet quickly presents many more intriguing questions. Snippets of backstory are uncovered during therapy sessions or visits to your dilapidated apartment in-between missions. While at the time these snippets of information may be confusing, all the puzzle pieces fit into place by the end. It isn’t merely rediscovering the past, but interpreting the present. The narrative frequently challenges the player’s understanding of their realities, with the concept of an unreliable narrator being called into question in more ways than one. 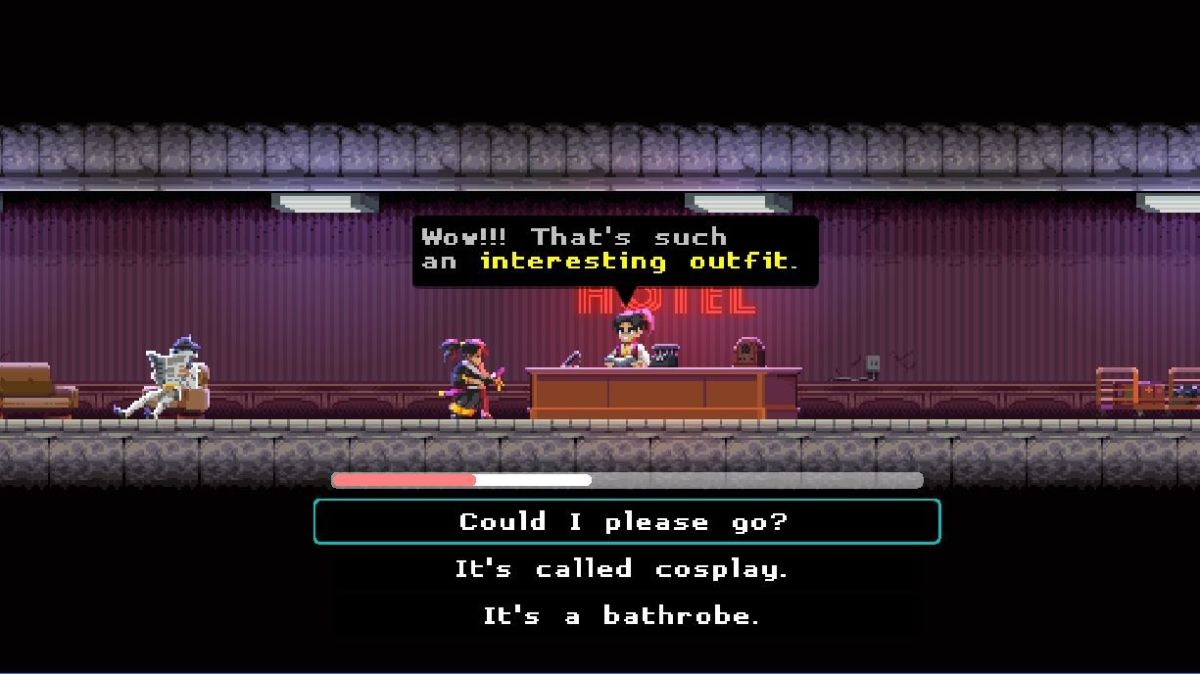 The player does have some impact on how their story plays out through the dialogue tree. Frequently faced with dialogue options during conversation, selecting one of three options results in varying conversation paths, and will affect the outcome of some sequences. In one mission, a hotel receptionist questioned my samurai outfit. Instead of ignoring her, I opted to give a lengthy lie about cosplaying as an obscure anime character. At the time, this was a humorous interaction and nothing more. It wasn’t until I was leaving the hotel, covered in my recently slain target’s blood, that a police officer questioned my appearance. Just as I expected a fight to break out, the receptionist interjected explaining that I was a cosplayer and not a crazed killer. The officer bought this and allowed me to leave the lobby peacefully. Moments like this make the dialogue option more than a simple extension of the narrative, as the player’s decisions can have a meaningful impact on their progression.

Through the entire experience, Katana ZERO exudes a familiar but pleasing aesthetic and noir tone. It’s a gritty, yet illuminated neon city filled with unsavory characters who are a reflection of the run-down metropolis. Its environments are simple in their construction, but the minor details that populate the world give it life. Whether it’s your character switching on their walkman, blasting synth heavy 80s techno before every mission, or removing his katana before sitting down, the developer’s dedication to bringing this world to life is fiercely apparent.

My only complaint is that there isn’t more of it. It only takes about four hours to complete, but I am already planning to return to it to discover alternate dialogue options and to bask in its terrific gameplay. It’s a game that, from the outside, skeptics could dismiss as “just another neon pixelated action game,” which the indie space certainly has an abundance of. But Katana ZERO’s almost unprecedented level of polish, lightning-fast gameplay, and thought-provoking story make it one of the year’s best indie games.

Verdict
Katana ZERO is pixelated samurai bliss, delivering one of the most impressively polished narrative and gameplay experiences of the year.
9