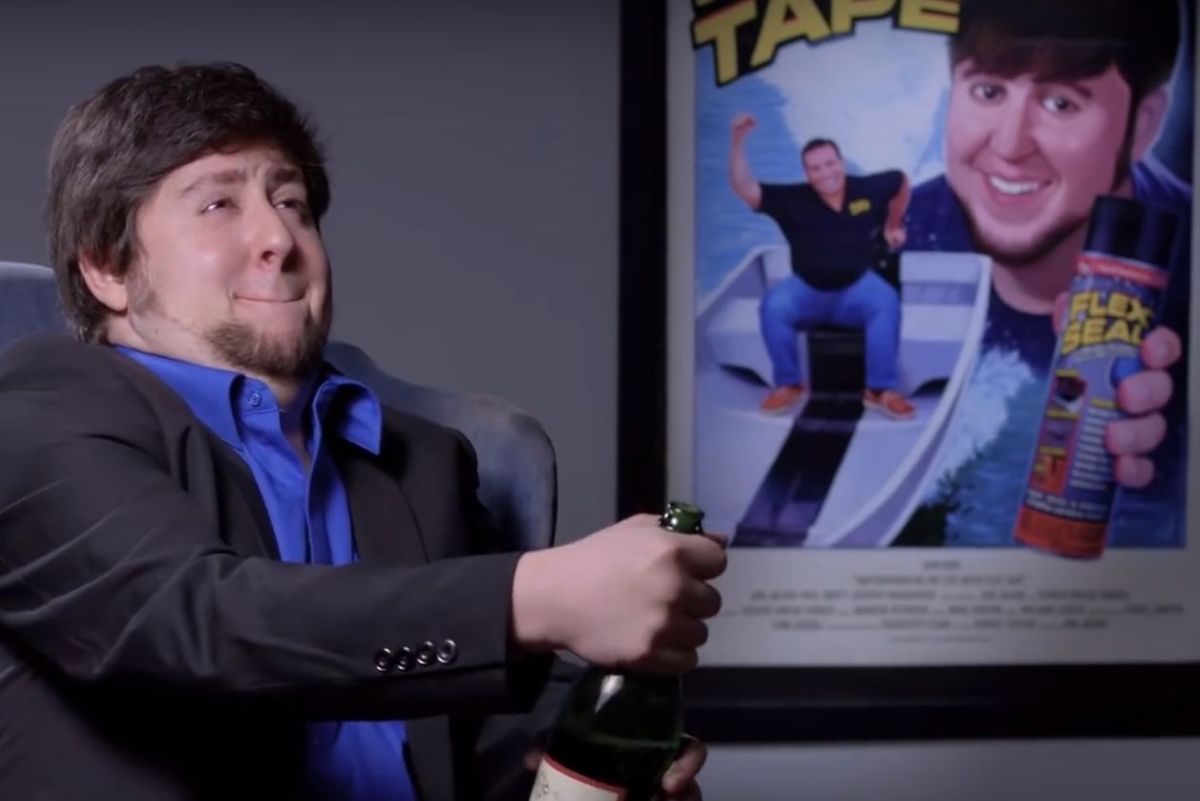 After being away from the YouTube spotlight for just under a year, JonTron has returned with a new video that “wasn’t the sequel we wanted…but it also wasn’t the sequel we deserved…wait a minute, who greenlit this thing?!” in the form of a follow-up to his now legendary Flex Tape video.

And it’s pretty nuts, coming in at twenty-one minutes long and serving as a mockumentary to the production of the sequel before then moving into traditional JonTron fare before concluding as a weird ad for Flex Tape that features a cameo from Phil Swift himself. Yeah, it’s pretty great.

It’s nuts and clearly took a long time to put together, which is the way JonTron has been going for a long time. His channel seems to be built around less content but with more production quality — every new JonTron video feels like an event.

JonTron is no stranger to falling off the map for periods at a time. This most recent disappearance was so long that his subreddit had actually been taken over by some random dude. Just before his last return and the subsequent content barrage that followed, he was absent from his YouTube channel for many months. Here’s hoping he sticks around for good this time and, judging from the closing moments of the new video in which he mentions new merch, he just might.

We’ll see you in 2020 after JonTron has been absent for a year following his video on Cilit Bang.