Is Capcom Fighting Collection Worth It? 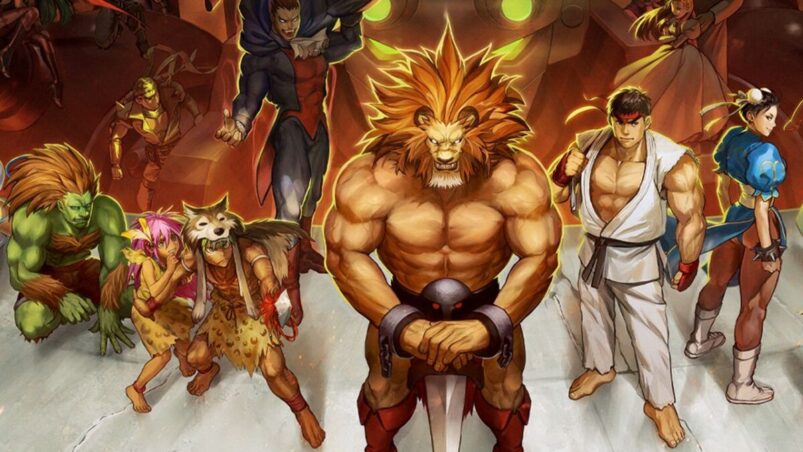 The world’s economy might be struggling right now, but one thing that’s stronger than ever is the nostalgia dollar. The game release schedule is crammed with remasters, remakes and compilations of some of the biggest franchises ever made. Capcom are of course no stranger to this, as they’ve launched the Capcom Fighting Collection on PC, PS4, PS5, Xbox One, Xbox Series X | S and Switch.

Similar to the Street Fighter 30th Anniversary Collection which was released a few years back, the Capcom Fighting Collection bundles together 10 different fighting games in one affordable package, upgrading them all with customisable setting, training modes, save states for arcade ladders and more. But is the Collection truly worth the £30/$40+ asking price? That kind of depends.

As much as the bundle is called Capcom Fighting Collection, it’s actually more appropriate to call it a Darkstalkers/Vampire Fighting Collection, as it includes the entire arcade ports of all five Darkstalkers games, preserved in their entirety aside from a few bug fixes and, in the case of Vampire Hunter 2 and Vampire Savior 2, the removal of secret endings. The removal of secret endings might sting for some Darkstalkers purists, but this is also the first time the entire collection has been available in one place since Vampire: Darkstalkers Collection on PS2 in 2005, and that didn’t see a release outside of Japan.

Outside of the tidal wave of Darkstalkers games, Capcom Fighting Collection naturally shows some Street Fighter representation with Hyper Street Fighter 2: The Anniversary Edition, which is essentially the definitive version of Street Fighter 2. Imagine all the versions of SF2 that were included in the Street Fighter 30th Anniversary Collection rolled into one, and you’re about there. Unfortunately, this version doesn’t include Street Fighter II: The Animated Movie like the original PS2 release did, so we’ve got to knock some points off for that.

Alongside Darkstalkers and Street Fighter is Super Puzzle Fighter 2 Turbo and Super Gem Fighters Minimix, both of which involved chibi versions of the characters from both Street Fighter and Darkstalkers. While Gem Fighters is a cuter version of a regular fighting game, Puzzle Fighter is actually a head-to-head puzzle game. Both games serve as excellent distractions and diversions from the more straight-laced fighting the other games offer. Well, as straight-laced as Frankenstein fighting Sasquatch can be.

So far, Capcom Fighting Collection sounds like a fairly standard bundle, as pretty much all of these games have been featured in bundles in the past, but it’s the last two games where the collection’s real value comes into play.

Cyberbots – Fullmetal Madness is a fairly obscure fighting game and a spin-off of Armored Warriors, which itself was included as part of the Capcom Beat ‘Em Up Bundle. While it has been ported from arcades in the past, they never saw a release outside of Japan, so for many players, this is the first time they’d get to try Cyberbots.

The same is true for the final game in the collection, Red Earth. A mix between a fighting game and an RPG, Red Earth is pretty much unlike any fighting game ever made. If anything, it feels more like Dungeons & Dragons: Shadow Over Mystara but as a fighting game, which is about as high a compliment as you can get. It’s also the first time that Red Earth has ever received a home console or PC port, and while that might not be worth it to those who’ve had access to emulators for years, it’s still a pretty significant deal.

All ten games include casual and ranked matchmaking, along with the ability to play custom games and set up lobbies. You can matchmake for multiple games at once too, meaning you don’t have to guess which game is more popular on whatever day you’re logging on, a problem that’s present in bundles like Street Fighter 30th Anniversary Collection. In certain cases, you can even toggle between the English and Japanese versions of each game, which is a nice touch.

For the price of Capcom Fighting Collection, you’re getting a great selection of games, plenty of smart upgrades including the ability to play online, and a host of museum content and art to enjoy. As bundles go, there’s plenty of reasons why Capcom Fighting Collection is worth your money, but that’s only one of the many reasons why you should purchase this collection

Capcom has been digging through their back catalog to release bundles and remasters for years now, but this is the first time in a decade that Capcom have shown some significant love to Darkstalkers and obscure games like Red Earth and Cyberbots. With any hope, supporting the Capcom Fighting Collection will encourage the Japanese giant to publish more of their old games. A second Beat ‘Em Up Bundle with Aliens Vs Predators and The Punisher would be lovely, thanks.

For Darkstalkers fans, who’ve been waiting nearly 25 years at this point, only to see Morrigan and friends turn up in Marvel Vs Capcom and be shoved into a corner immediately afterwards, the Capcom Fighting Collection is the biggest chance to convince the powers that be to make a new Darkstalkers game. If buying this collection leads to the possibility of a new Darkstalkers game in the future, most fans are going to take that chance. Let’s just hope Capcom makes it a reality.

Capcom, just give Darkstalkers to Arc Sys. They’d knock it out of the park.