'The Genius of the Sky' is open to new airways. 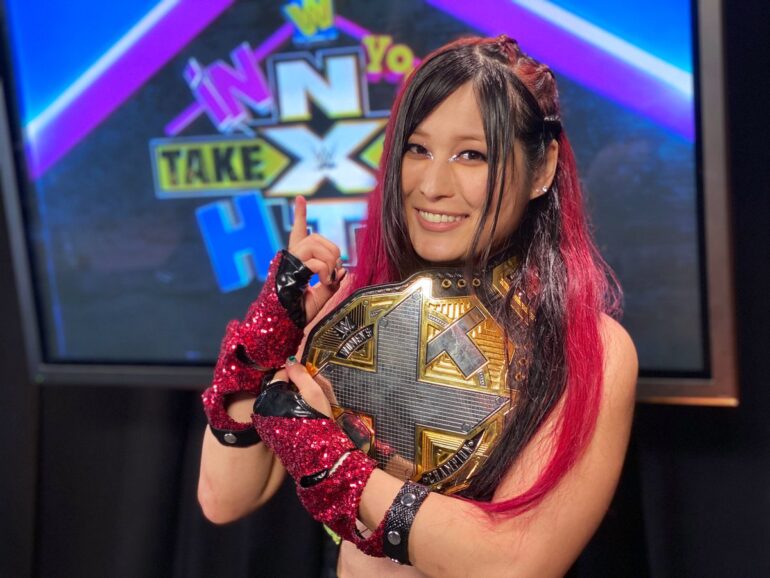 Following an impressive performance at NXT: WarGames, the former NXT Women’s Champion, Io Shirai, has commented on the possibility of being called-up to the WWE main roster. Shirai went on record to say that she was ‘open’ to the idea, citing names like Sasha Banks and Bayley as main roster opponents she’d like to contend with.

Io went on to say that a switch to the main roster would “present new goals and encounters different from what I have achieved and experienced in NXT.”.

With rumours suggesting that NXT personnel are growing despondent with the promotion, perhaps now is a better time than any for Io to make her move to the main roster. With a lack of fresh faces for fans to rally behind, Io Shirai could very well be the hero that the Women’s division needs to help battle back from a slump period.

Do you think Io Shirai would thrive on the WWE main roster? Let us know your thoughts in the comments below.