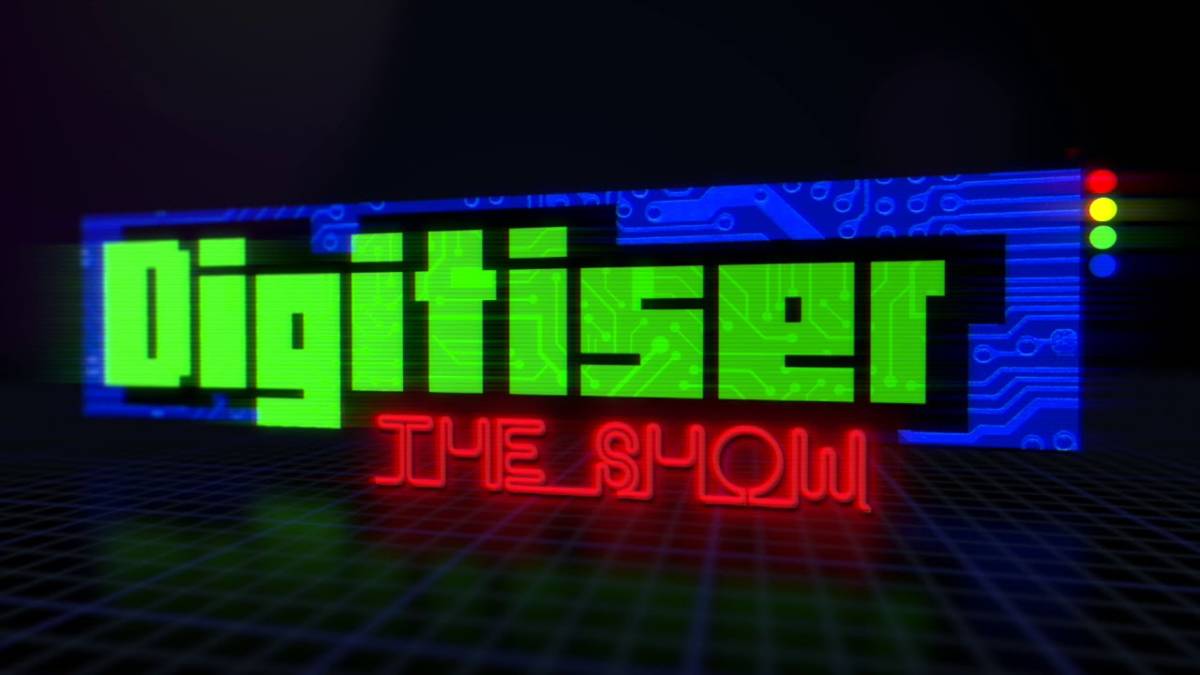 For people over a certain age, Teletext was a way of life. Whether it was the thrill of waiting for the football scores to update or booking a last minute holiday, it really felt ahead of its time. It was a sort of prototype to what the internet would eventually become, right there on your TV. On the first of January 1993, “The World’s Only Daily Game Magazine,” made its debut on page 370. Digitiser was born.

It quickly developed a cult following, often courted controversy and remained uniquely funny until its eventual demise in 2003. Now, fifteen years later, creator and writer Paul Rose is looking to resurrect its anarchic style in the form of a YouTube based retro gaming series. Recently announced via Kickstarter, Digitiser: The Show has already reached its funding target, gaining three times the amount required in the first 24 hours.

Rose is clearly ecstatic at the response Digitiser has received, but he knows that the hard work has only just begun. Having successfully funded the YouTube series Found Footage last year, Rose is well aware that this is just the start. “That’s the main aspect I’m focusing on at the minute; the practicalities. When I made my series Found Footage last year it ended up costing far in excess of what we raised, and I’m still suffering financially from that. I need to make sure this isn’t going to end up bankrupting me!”

Paul’s extensive screen writing career has seen him working on, among other things, BAFTA nominated children’s TV shows. “I’ve worked long enough in TV never to get too excited about something until it’s done and out there. This is a little different as I’m not dependent on the whims of broadcasters and producers, and by hook or by crook I’ll get it made my way, but nonetheless… at the moment I’m just fretting about the scale of our ambition and how the heck we’re ever going to achieve the things I want the show to achieve!”

And Paul is nothing if not ambitious. His previous Found Footage series was several notches above the usual YouTube fare production-wise. With Digitiser, Paul is looking to push the envelope even further. “Making TV shows is incredibly costly, and we’re not trying to make a cheap-and-cheerful YouTube show – though it’ll be on YouTube we want this to feel like a proper TV show.”

With more gamers in the world than ever before, Digitisers return seems very timely, which is something that Rose is only too well aware of. “It feels long overdue. There are tentative signs that broadcasters are waking up to video games – with the likes of Go 8-Bit and little segments appearing on the BBC iPlayer – but it doesn’t appear as if any of them are interested in making an actual magazine show about games. I’ve always had an idea for one in my head, and I’ve grown tired of waiting for somebody else to do it.”

Although still a gamer, Rose is very much playing to his strengths and the nostalgia attached to Digitiser: “…we’re mainly going to be focusing on retro gaming, because it feels like retro gaming has come of age. We’ve now got 40-odd years of history to draw on, and we can dig into some really obscure corners. Plus old games are just much more iconic and interesting aren’t they? I feel ready to make it. I learned so much from Found Footage that I can really put that to good use. I reckon I’ve a pretty unique set of skills and experience that nobody can make this like I can.”

And how exactly do you turn a teletext based magazine format into a YouTube show? “Firstly, it’s going to be imbued with the spirit of Digitiser, which was really like nothing else, so I’m told. It’ll be anarchic and unpredictable. Secondly, we’ve got an amazing hosting team full of very distinct characters, and I think we’re going to work well together. Thirdly, you’re going to see things that you’ve never seen before in a gaming show, featuring an array of guests like you’ve never seen them before. Lastly… it’s like no other YouTube gaming shows because it’s going to be an actual show – not just some person sitting in their games room talking about the secret history of the 3DO. We’re going big in every respect!”

Digitiser’s Kickstarter campaign sits at over £28,000 at the time of writing, with over 550 people already backing the project. A large percentage of these backers come from a very loyal fanbase of both Digitiser and Paul’s other projects. How has Paul fostered this community? “I’m not sure it’s something you can try to achieve. It either happens or it doesn’t, and I’ve been lucky in that a lot of amazing people seem to support what I do. I hesitate to use the word ‘fans’, because it always implies that I’m apart from them in some way, and I like to think of myself as much part of the Digitiser fanbase as they are (I’m just the caretaker of it).”

These supporters have already helped bring some of Paul’s dreams closer to reality than they felt even a week ago. “There’s a lot we can do already with what we’ve raised. I mean, we still have to pay YouTube a share, and fulfil the backer rewards – which is going to come to a big chunk of cash – but we can certainly do a lot of it already in terms of it feeling like a professional, slick, production. The more we raise, though, the more we can do some of the massive set-piece features I’ve got in my head…”

However much Digitiser eventually raises, it’s already at a stage where Paul is able to bring his vision to life. His desire to create something truly different from the standard YouTube model has to be commended. And although he’s keen to avoid the usual trappings that gaming channels often fall into, he’s clearly done his research on the competition. “There are loads of really great YouTubers out there, but there are also a lot of people doing very similar things. I’ve also seen some truly awful, misguided, attempts at making a gaming magazine show, so in terms of being inspired… I’ve been inspired by seeing what not to do. This has to offer something different, something new, and be nothing less than a cultural shift; we want to prove that gaming content can be on a grand scale. If you want Let’s Play videos or lists of facts then there are a million other channels you can go to. We’ll be avoiding all of that. It’s going to take a lot of effort on our part, but I want it to feel effortless when you watch it. I don’t ever want it to feel like we’re trying too hard.”

If Paul is able to imbue the spirit of Digitiser with the lessons he learned during the creation of Found Footage, Digitiser The Show could certainly be a big hit. There is certainly a long way to go, as Rose stated himself the hard work is just beginning, but he has the talent and the experience to make this happen. If nothing else, he has Violet Berlin on his side, and that’s more than enough for me. “ Violet is a wonderful human being, and yes – she’s very, very cool.”

Digitiser The Show’s Kickstarter page is still open and accepting backers, so if you’re interested, check it out right here. Meanwhile, his Found Footage series can be found on the YouTube channel Digitiser2000.