INTERVIEW: Nicole Berger Talks All At Once And Upcoming Projects 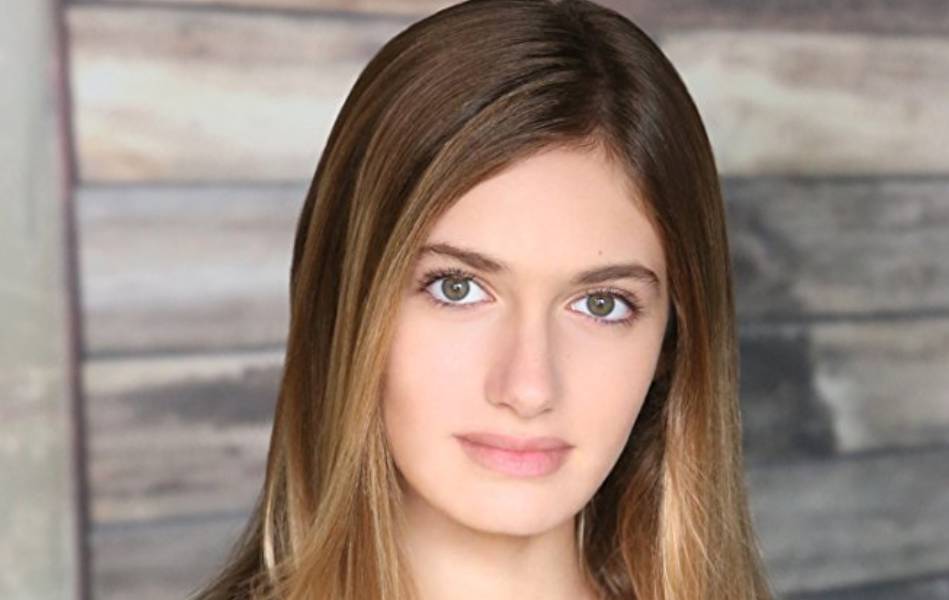 All At Once, which was released back in 2016, follows the events of the Attack on the Twin Towers, otherwise 9/11, and the impact it takes on a struggling artist, changing his life when he loses two of his close friends, leading him to adopt the couples’ daughters. All At Once takes a realistic look at a heartfelt story that finds light in the midst of a tragedy.

Young actress Nicole Elizabeth Berger stars as Grace Clarke in this family film. Though she was born two years after the attacks, her father was in the city on September 11, 2001, eating breakfast when the planes struck the Towers. He was near Mayor Giuliani at the time, she had said, and her father recalled the immediate response to the call for action.

“In fact, my father’s closest friend from college worked in the World Trade Center and luckily was not in the building at the time of the attacks. He had stayed at home to take his daughter to school instead of getting to work early as he usually did. This saved him from almost certainly dying in the suicide attacks. My mother was on a beautiful Greek island of Santorini on September 11th, and she tells stories of staring at the TV wondering if the towers coming down was a fictional movie or reality. Soon, she learned that it was for real. So many of my parents’ friends were affected on that day and in the months that followed the events. While I did not know anyone who had James’ [John Abraham] experiences, my parents do know people who had other similar life-changing events,” Berger said.

Berger claims that she had prepared herself to take on the role of Grace because of director Jonny Abrahams and writer Mike Testone had worked with her priorly to shooting scenes. “They got to know me much better,” Berger said, “And helped me build a strong relationship with them so that I could approach the role with confidence. Jonny told me that the key to good acting was the chemistry between the actors. He wanted me to feel comfortable in my relationship on set with him.” Beger had dealt with a tremendous loss in her life already, which had given her a root of emotional experience to draw from.

Though the film was initially released years ago, All At Once will make a reappearance in select theaters and will be accessible to online streaming services. “The movie was shown at the Napa Valley Film Festival and then at the Buffalo Dreams Fantastic Film Festival. This was our first entré to the world of film festivals, and our director and lead actor, Jonny Abrahams, was chosen as the best actor in a drama at the Buffalo festival. In Napa,” Berger said, “I had a chance to reconnect with many of the actors from the film who had become my mentors. I am so lucky to have been able to work with such supportive and talented actors. They were all so good to me and helped me learn what it takes to become an actress. Many people asked us the same question about 9/11 and New York City. Screening the movie in Tribeca at the MetroGraph Theater, not far from the World Trade Center, made the premiere even more exciting. It provided a real sense of presence in the City.”

This film is not the beginning nor the end of Berger’s career as she had previously acted in Prescient (2015,) which was a science-fiction film. It was different for her when it came to working on a dramatic set, because of the amount of reality a film like All At Once, depends on the amount of reality put into the production, and their expressions. Though she was secondary points to the sci-fi plot, she still enjoyed being a critical point in the story.

Berger is excited for 2018 and 2019 as she has three major roles in three very different films. “All At Once is a coming-of-age, dramatic story with comedic aspects,” she said “Clover is a rough-and-tumble movie also with many comedic overtones. In fact, it’s really funny movie, while at the same time being a modern-day Godfather-like story. Lastly, Freeka Reeka is a fantasy-reality movie with a very emotional story overlaid on a beautiful fairytale that takes place in Snowdonia, Wales, UK – one of the most stunning places I have ever visited. My biggest role is in Clover where I play the movie namesake, Clover – a 13-year old girl who grows up fast. Clover and Freeka Reeka will be coming out at festivals this year and should be released by next year. I am looking for my next film, as there is nothing that I love doing more than acting!”

Berger definitely wants to “keep growing” and taking on new challenges, which includes stepping into the world of musical theater and possibly recording her first album. She will take on the role of Maria in her high school’s performance of West Side Story, and performed as Miss Honey in their performance of Matilda. By her request, she would like to thank individuals that have guided her by name. Berger said that “I want to thank several people by name since they have been so helpful to me: my vocal coach, Trapper Felides; my acting and music coaches, Peter and Jennifer Jones at StarStruck Academy; my music and acting teachers, Annette Johnson and Jan-Marie Cook at Palm-Beach Day Academy; and my piano instructor, Snow Wilson. You have been so helpful and supportive.”