INTERVIEW: Fuath – “Inspired to Write Something Darker and Colder” 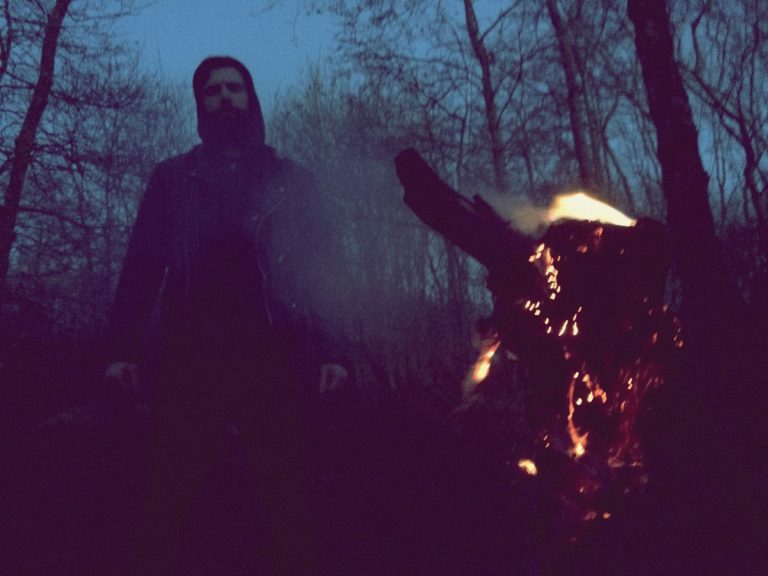 The multi-instrumentalist Andy Marshall has received praise from across the globe by black metal fans thanks to his impressive solo act Saor. Mixing celtic folk music and black metal, Saor is both strikingly melodic and aggressive (think of an epic Lord of the Rings battle).

After releasing two great albums with Saor, Marshall has now released an equally brilliant new album entitled “I” under the name Fuath

or “hatred” in Gaelic. Inspired by the dark and menacing Norwegian black metal bands of the 90s, this album resembles all things melancholic and ice cold. In this brief interview we discuss his plans for Saor and Fuath, his take on the black metal “scene,” and what bands or artists he appreciates and/or would like to work with in the future.

The new album is amazing. I was blown away. It’s early in the year but you’ve set the bar high for black metal in 2016. I’m a big fan of Saor as well and this is an equally great album despite being much colder and darker. How long have you wanted to make this type of album?
Thanks. I’ve been wanting to make an album like this for years but I’ve usually focused on more folk-inspired stuff over the years. Every winter I dig out my black metal CD’s and get inspired to write something darker and colder.

I saw you mentioned early Burzum, Darkthrone, Paysage d’hiver, and Vermod as influences for this album. Was there any other favorite albums, books, art, films, that helped inspire you during the writing process?
Not really. I was just inspired by winter and the atmosphere of the black metal albums I was listening to.

Do you see yourself continuing to make more Fuath albums? Or is Saor still your main focus?
Saor will always be my main band but I plan to continue Fuath in the future.

You’ve recently started doing live shows with Saor, how have those concerts been? Will you try to play these Fuath songs live as well?
The concerts have been good with Saor. I’m not sure if I’ll play any Fuath material live, I’ve not really thought about it much.

I noticed the full album is over on Atmospheric Black Metal’s YouTube channel, that page is always posting awesome stuff and has helped a lot of bands get recognized. Listening to your bands and many others from the channel makes me feel like black metal is currently thriving and in a great place from a creative standpoint. What are your thoughts about the genre today?
Yeah, that YouTube channel is really great for promotion. I don’t really care about genres or labels to be honest. I just write music and people like to tag it as “black metal”. I don’t know much about the genre and don’t listen to many new bands.

One man black metal bands are killing it these days. Your two bands, along with Panopticon, Leviathan, and Myrkur to name a few, have put out great stuff recently. It’s not like black metal is any easier to write and play. What is it about this genre that inspired a multi-instrumentalist like yourself to make some epic albums with little or no help from other musicians?
I just find it much easier doing things myself. I mean, there are guest musicians and a couple of close friends who help me record, mix, master etc. but overall, it’s less stressful working on my own.

What’s the black metal scene like in Scotland? Do you feel like you’re getting a lot of support from your hometown? Or from the UK in general?
There are a lot more bands coming from Scotland these days but I don’t really pay much attention to the “scene”. Adabroc is a really good example of Scottish black metal and I also like older stuff like the Ainshval demo. Unfortunately, there are a lot of morons involved in the Scottish/UK scene, so I tend to keep my distance. I get a lot of support from people in Glasgow and the rest of the UK though, so that’s cool.

Is there anyone you’d like to collaborate with in the future? Whether it be on a Fuath or Saor album?I’ve not thought about it too much but I would really like to work with James from The Twilight Sad one day. He’s the best vocalist in Scotland at the moment in my opinion. I would really like to work with some bigger Scottish folk artists on future Saor albums too. Fuath will probably always be me with maybe a guest vocalist/guitarist once in awhile.

What are your plans for the future? Tours? New material? Any news you’d like to share?
I’m in the process of recording album 3 for Saor and we have a handful of UK shows this year. I’d like to get the new album out and arrange a UK/EU tour for 2017.

Thanks for the interview. I’ll be looking forward to any new music you got in the works. I hope more and more success continues to come your way!
Cheers!