Indivisible initially impresses with a tight package that visually stuns but sinks into repetition. 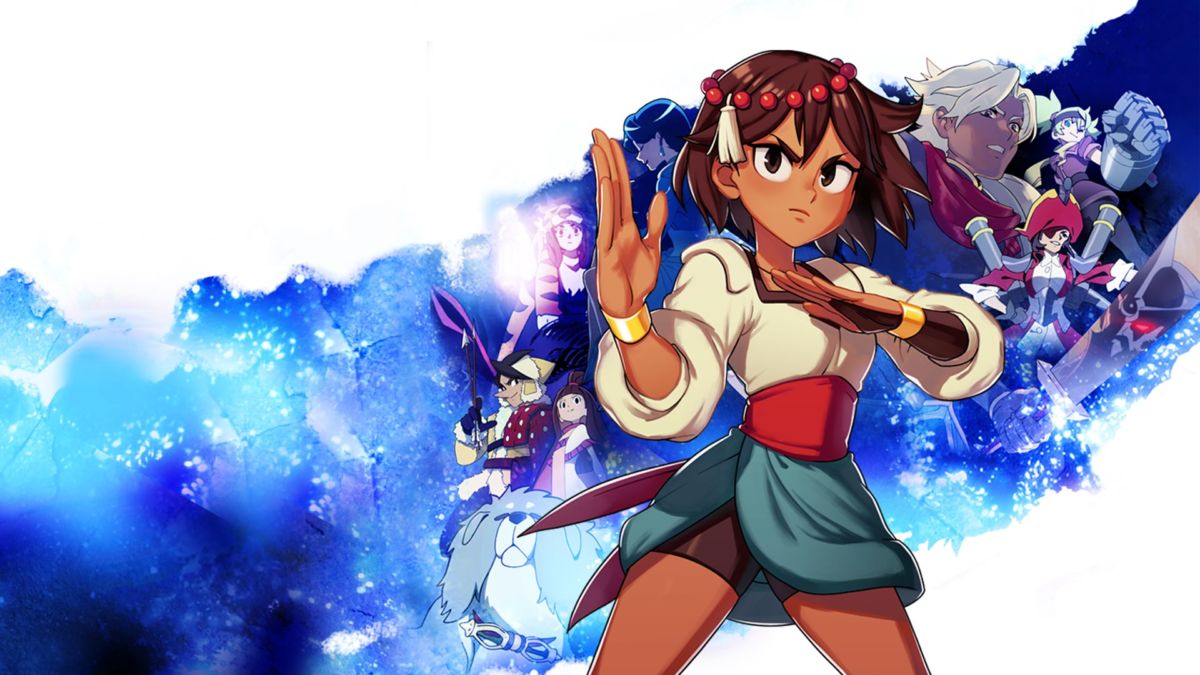 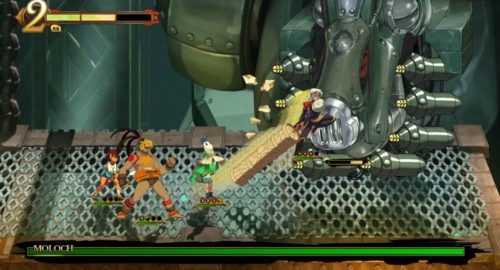 Games are meant to evoke emotion, be it joy from besting a tough boss, anger from losing (again) to an online opponent, or fear from the quiet scratching under the bed. Indivisible brought all kinds of emotions out of me, though maybe for all the wrong reasons. Over the course of the game, I went through feelings of excitement, optimism, worry, boredom, and anguish before finally arriving at disappointment. For a game that opens and impresses so quickly, developer Lab Zero Games seemed to hope that Indivisible’s beautiful art and style could hold together a derivative story and repetitive gameplay.

Upon booting up Indivisible, I was greeted with an anime-inspired cinematic that perhaps served its purpose too well. Was it awesome? Hell yes, but it set my expectations impossibly high for the game and story that would follow. Still, I was hyped and ready to play, buckled in for a long and prosperous play session. First impressions were promising, as the art and animation style looked incredible. Everything was hand-drawn for Indivisible, so animations are crisp and dynamic, battles are flashy and colorful, and backgrounds are detailed and unique. Even after hours of play, the platforming mechanics feel rewarding and fun solely because of how exciting those animations are in motion. 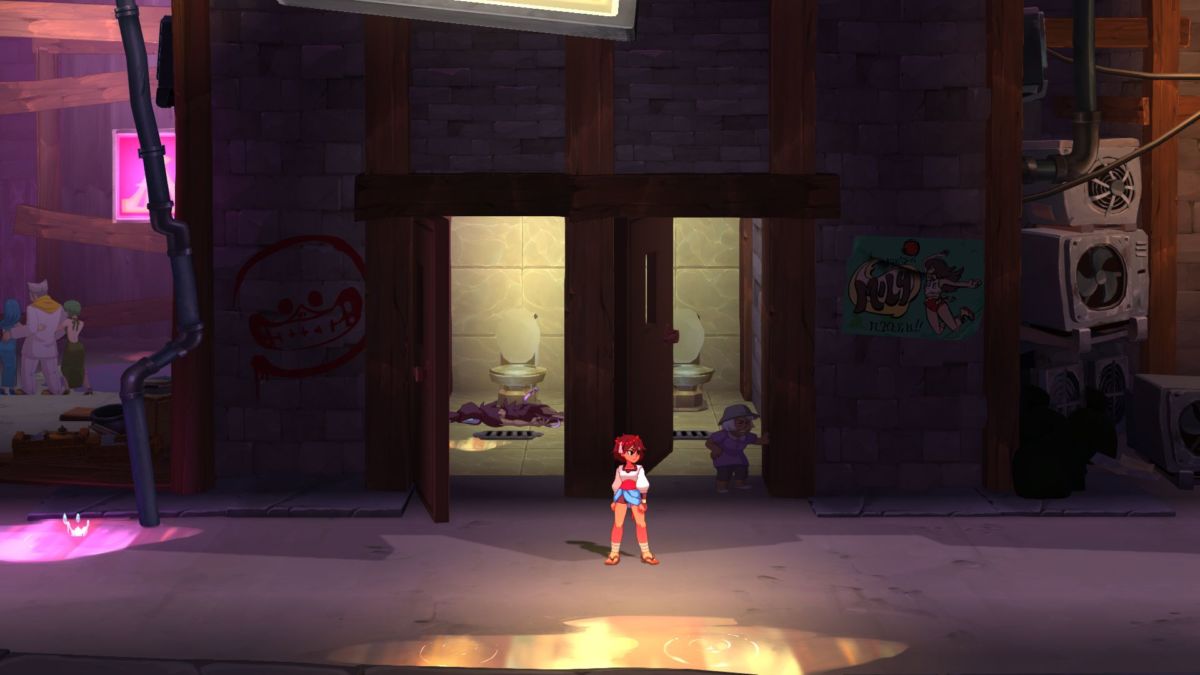 In a world of magic and machinery, Ajna is a 16-year-old rural girl learning to become a great warrior under her father. As she’s out training one day, a warrior nation invades and decimates Ajna’s small village, leaving nothing but ruin and her need for revenge. Upon finding and exacting that revenge, though, Ajna releases a much greater evil that threatens the entire world.

This isn’t the most imaginative plot, but it does set up some interesting smaller stories that lead Ajna to collect quite the trove of friends. Ajna’s a special case in that her origins are unknown and she has this strange ability to absorb her travel companions into her inner realm, which is like a mental hub. From there, you set about stopping the great evil and saving the world with the power of friendship, and so on and so forth. 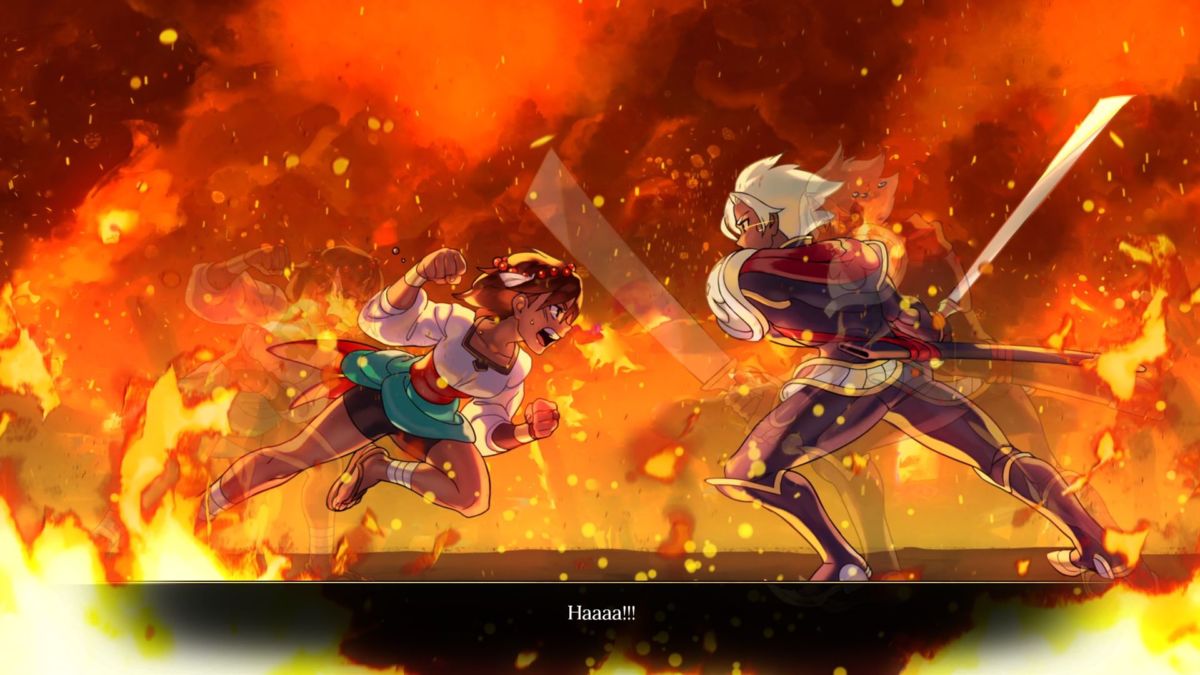 Working through the first act of this game, I quickly came to appreciate the voice work and scripts behind the characters. I’ll admit that it doesn’t take much to make me laugh, but the character banter and conversations had me cackling every time. From the rugged pirate who falls apart in front of her crush, to the gloomy witch who keeps her pet tiger in a lamp, they all have moments to shine and earn favor with the player. It was this combination of entrancing art with superb character work that kept Indivisible moving forward, as the actual gameplay and story actively tried to sabotage the whole package.

The gameplay bounces between some relatively simple platforming sequences and RPG-style battles. As a platformer, nothing seemed to ever be a real challenge that would take a few tries to nail down. Most of the time, I found myself mindlessly drifting through a level using the handful of mechanics I had at my disposal. Early on, this was satisfactory, as I was optimistic that it’d ramp up over time to a real challenge in later stages. However, that difficulty curve seemed to slow down, adding just a little more challenge to each area without combining too much at once. Things were made worse when monsters would appear, as collision with them would mean a drawn-out battle sequence that I learned to avoid at all costs. And though the platforming was clean and well done, the lack of any real challenge left me feeling disappointed Lab Zero Games didn’t elaborate further on level designs. 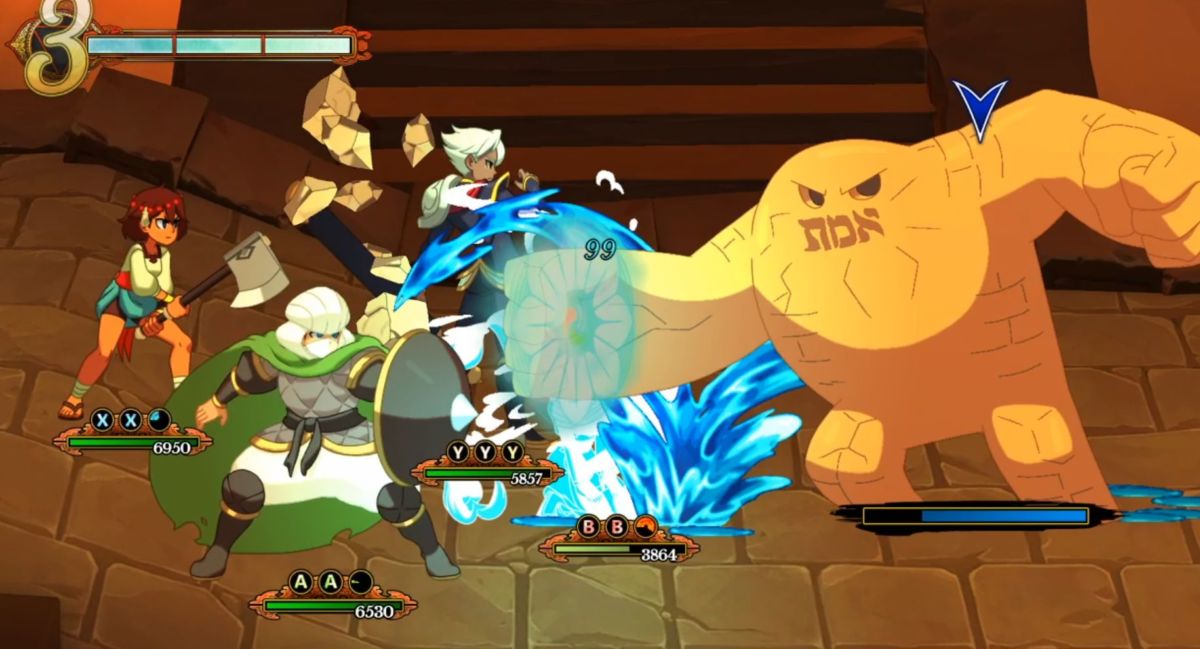 Given the mediocre platforming and a bland story, it was still the combat that left the worst impression. Fights take place a bit like RPGs, with your characters on one side and enemies on the other. Taking a page out of Final Fantasy’s book, combat follows in the style of an Active Time Battle: each player character has a button gauge corresponding to their relative position on the controller. On PC, my bottom character filled a green A gauge, my left character had a blue X gauge, and so on. As they fill, you spend each one on a specific attack, so you might choose your bottom character to just do a neutral A attack, a down A attack, or an up A attack. Each character moves and acts independently, with their own hitboxes and animations that may or may not line up with other characters’ motions. Along with all that, there’s also a super gauge shared among all characters that can be used for the unique super attacks for any one character. In theory, it’s a lot of working parts with plenty to think about and maintain. In practice, though, it’s none of that.

Even though each character is given a speed stat with buttons that fill independently, the difference is so slight that you generally end up with 4 characters all filled at roughly the same time. You then go through each character one by one, using their best attacks to eke out as much damage as you can, generally avoiding any overlap since the gauges don’t fill while an attack is being carried out. The enemy will then attack back, and you trade blows until they die. Luckily, you pick up a wide range of characters with their own set of mechanics that spice up the combat system. Unluckily, most of those characters average out to the same amount of damage per attack, so there’s little incentive to pick up the more complex fighters. Yes, you could launch an enemy in the air and then hit them with a perfectly timed piledriver using the giantess, or you could simply slap the attack button on your shieldmaiden to do approximately the same thing. Some characters have charges for their attacks, which does somewhat pay off with stronger burst damage, but those charges can be hard to track since I’ve only seen one character with an obvious indicator. 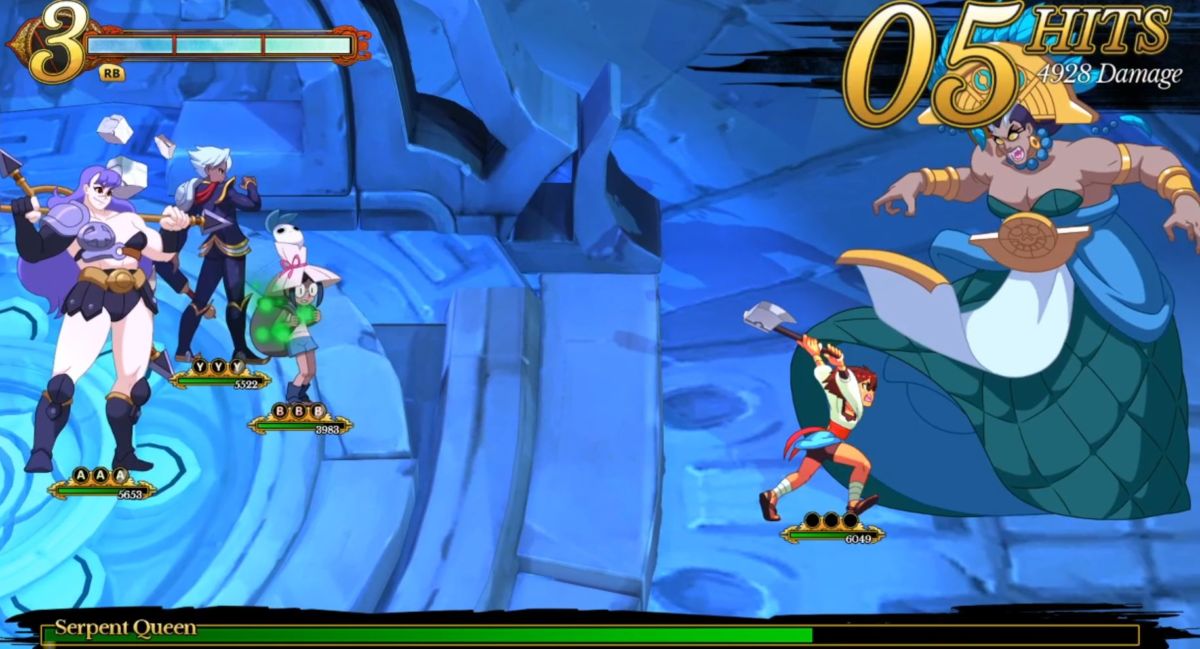 To be fair, there may be more to the fight system than I’m able to see, but that’s a problem in itself. Most attack information is found solely through trial and error, as there’s little documentation on the different attacks of each character. For instance, the game tells you that the main character, Ajna, can launch an enemy into the air with her up attack, and that’s it. Upon practice, though, you learn that her neutral attack comes with an area of effect, and her down attack hits twice per press. This is vital information that’s just unlisted anywhere in the game. I get that there should be some exploration and learning, but with so many characters and attacks, why not just list these simple facts out for the player to experiment? Eventually, I chose three of the first characters to play since they fit most situations well, and I rotated out the fourth slot with whoever was new. Without an incentive to change up characters, why waste the time learning all those different quirks?

And that lack of documentation comes up in all kinds of situations. There’s a super gauge with three bars, and each character can use any number of those bars at once. Sometimes, they have different specials depending on the number, and other times it’s just a stronger version of the same thing. You won’t know until you try with each character. It fills depending on combinations in battles, but there’s no indicator of how much it fills other than the visual representation. So just try different stuff to see what works, I guess. You can level up your characters, too, but there’s no indication of how that changes anything. Attacks still do the same damage, health goes up marginally, but nothing is openly displayed, so it could all be pointless numbers. For some reason, enemies are absolute sponges, taking minutes to kill while posing almost no threat to the player. No loot, no open pathways, just obnoxious fights for arbitrary levels that may not do anything.

All in all, I felt so much promise from Indivisible that was quashed by a game with little to no challenge and a monotonous combat loop, leaving me craving separation. It’s a shame, as the art and style demonstrate such love for a cool concept that may never realize its potential. Indivisible promises additional characters from other indie darlings, but it’s a tough sell to bring me back for more of the same boring gameplay.

A Steam code was provided by PR for the purposes of this review.

Verdict
Indivisible initially impresses with a tight package that visually stuns but after hours of repetition and ease, I’d rather take some time apart.
6