Have Yourself an Indie Christmas – Part 2 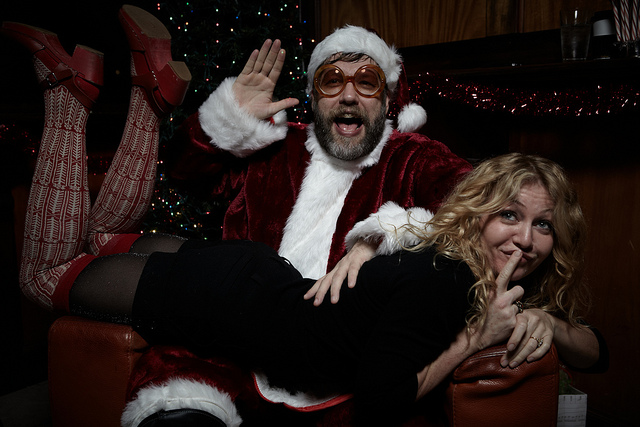 Davy Roderick returns for the top 6 of his favourite Christmas jingles with no Cliff in sight. Read part 1 here.

One of the most underrated Christmas gems of all time. I’d rather hear this for a month than have Noddy Holder unceasingly raping my ears and haunting my dreams… Although originally written as a war protest song the brass band arrangement, jingle bells and fêted line ‘Wish I was at Home for Christmas’ make it classic festive fodder. I defy you on the 25th not to sing along and nod your head or even have a little dance with your Nan during the ‘Dubba dubba dum dum’ section.

A lovely, cheery song by American Indie Rock bands the Rosebuds. Taken from their 2012 album ‘Christmas Tree Island’ the band had this to say:

In this collection of all new, original songs, The Rosebuds explore some classic holiday themes, and try to find that natural nostalgia for a time of year that, though weighty with stressful situations, is a time to give ourselves permission to remember kinship and togetherness the way it makes sense for each of us. The nostalgia in these songs, then, is for once relate-able.

I will admit that I absolutely love James Taylor and think he is incredibly underrated. So while I usually abhor once celebrated artists releasing an album of Christmas covers (I’m looking at you Rod Stewart) I am completely biased towards James Taylor and you can’t do anything about it because it’s my list and not yours. Besides quite frankly it is a kick ass Christmas album; just the right amount of homely, cosy comfort songs balanced with innovative new interpretations (Evidenced in Jingle Bells). I mean c’mon, who else could perform ‘Here Comes the Sun’ with Yo-Yo Ma and make it sound festive? NOBODY THAT’S WHO. GOD BLESS YOU JAMES, GOD BLESS YOU!

From the aptly titled ‘Christmas’ released by the American, Indie Minimalist band Low as a gift to their fans in 1999 it’s definitely one of the lesser known entries on the list. You can easily imagine it playing over the heart warming conclusion of a Christmas themed Indie film. I think while it has the classic jingle bells and such forth the song avoids cliché and has a sweet, calming effect.

My personal favourite Christmas song of all time, but for the purposes of ‘indie-ness’ I kept it off the top spot. Reportedly one of the most hated McCartney compositions by critics it certainly is heavy on Paul’s peculiar enamourment with synth music. I can’t really see why it’s hated though; it concerns what all of Paul’s songs concern: first rate melody. It does remind me of Maxwell’s Silver Hammer which for me is a pro but I suppose for many a con. Lyrically it is a simple song as it embodies all this season is about which is: ‘Simple having a wonderful Christmas time’.

1. Lumberjack Christmas/No One Can Save You From Christmases Past – Sufjan Stevens

It’s fair to say that are some fairly strange and surreal moments on the quintuple album, but it all just adds to the overall wonderful weirdness. Ranging from traditional religious carols to Stevens’ own compositions to covers of old classics, there are definitely some absolute gems (Brilliantly random cover of Prince’s ‘Alphabet St’) amongst the more ‘out there’ oddities (Auto tuned techno version of ‘Do you see what I see?’). If you want to play it safe head to the classics like Silent Night, Santa Claus is coming to Town and Have Yourself a Merry Little Christmas. But definitely do not miss out on the epic album closer ‘Christmas Unicorn’, at over 12 minutes it is like nothing you have ever heard on this Earth. Or in other words: Classic Sufjan.

Merry Christmas and a Happy New Year to you.