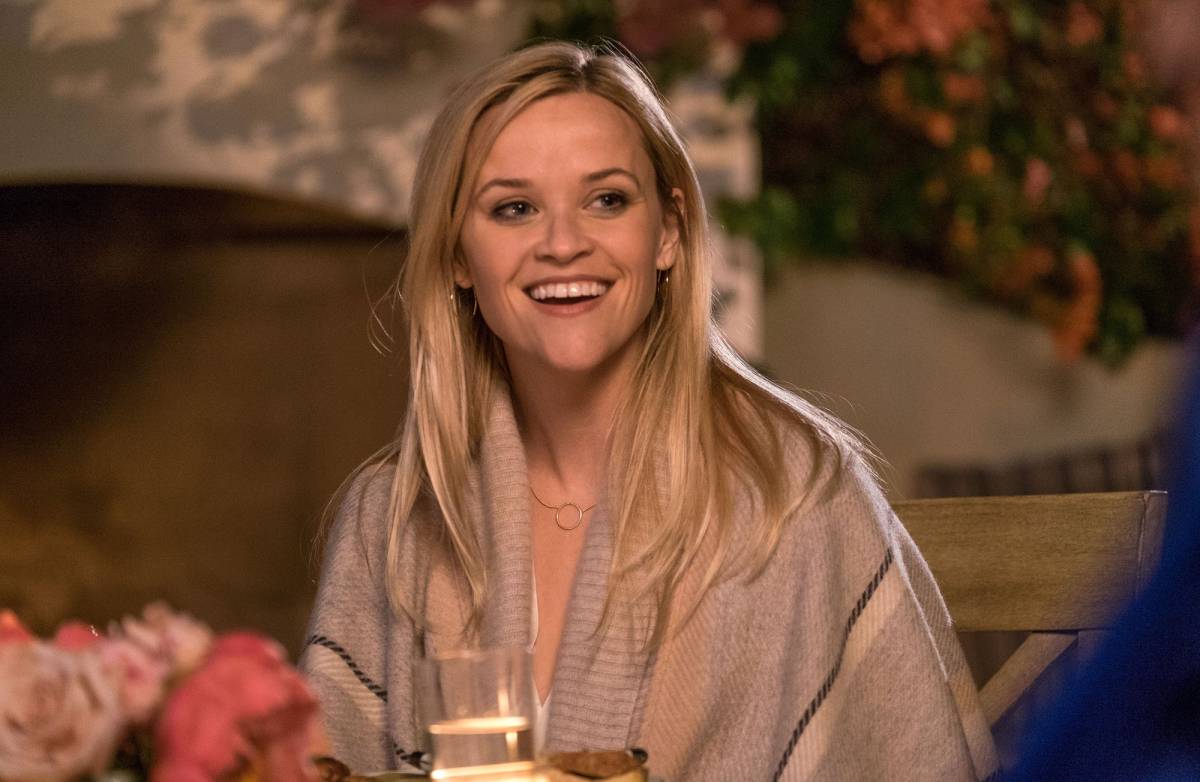 If you’re looking for a romantic comedy to bring something new to the genre, Home Again won’t be that comedy. It’s a cute movie, don’t get me wrong, but it’s so full of cliches. Written and directed by Hallie Meyers-Shyer, Home Again stars Reese Witherspoon, Nat Wolff, Jon Rudnitsky, Pico Alexander, Lake Bell, with Michael Sheen, and Candice Bergen.

Meyers-Shyer is the daughter of Nancy Meyers so naturally, it makes sense that her feature debut would be in the same vein of her mother’s films. In fact, Alice Kinney (Witherspoon) is the daughter of an award-winning filmmaker and popular actress so some of the filmmaker’s own life makes it on the screen in that regard. The film opens with a mini-biography of Alice’s life. In fact, I’d like to see what a film on John Kinney (David Netto), Alice’s father, would look like because he sounded rather interesting.

Following 15 years of marriage, Alice has made the decision to move back home to Los Angeles following a separation from her husband, Austen (Sheen), as she had grown tired of his late nights at work. She’s now living in her dad’s old house with her two daughters, Rosie (Eden Grace Redfield) and Isabel (Lola Flanery). We meet her as she’s breaking down in the bathroom on her 40th birthday.

What does she do but go out to celebrate with some friends, which turns into a chance meeting with George (Rudnitsky), Harry (Alexander), and Teddy (Wolff). Later that night, she’s drunk and making out with Harry. Is anyone surprised at this point? I mean, it’s so predictable. The three of them are aspiring filmmakers and impressed to learn who Alice’s parents are. Alice’s mom, Lilian (Bergen), offers them a place in the guesthouse when she learns that they need a place to stay. What could go wrong? Nothing much, only Alice falling for Harry and then discovers Austen suddenly flies out to LA because he’s missing his children. Alice is back to square one with her ex back in town and the new guys are left wondering where to go. With her children and the boys, they had form their own makeshift family. Think of it as free child care when she’s off doing interior design work. It was George to the rescue when Alice gets drunk while out on a date and gets drunk after running into her arch-nemesis, Zoey (Bell).

There were things that I liked about the film but at the same time, it doesn’t really have anything to offer that we haven’t seen before. I would have loved to have seen more of the three young filmmakers hard at work in this era of viral video stars. The three of them work with an agency who puts them in touch with a producer, Justin (Reid Scott), to develop their feature film.

On the casting side of things, Jon Rudnitsky gets more material to work with here than he did in one season on Saturday Night Live. I’m not saying it’s a breakout performance but it’s quality work that did leave me wanting more. I also think Lola Flanery, who plays Isabel, is going to have a bright future.

Another thing I loved about Home Again is that it’s from a female producer (Erika Olde), written and directed by a female, and stars a female in the leading role. It’s got that going for it when so many women are not being given a chance to succeed in the industry. I’d recommend it for that reason alone even if it isn’t a great entry on the rom-com front.