How Hiroshi Tanahashi Is Redefining The NJPW NEVER Openweight Championship 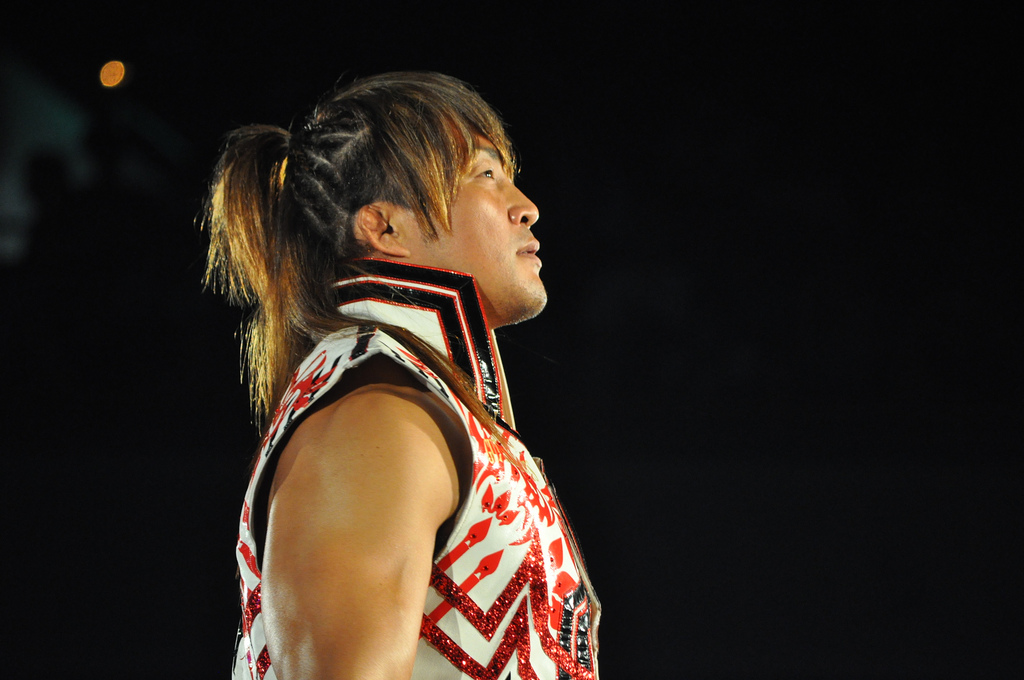 On January 30th, we saw Hiroshi Tanahashi defeat Shingo Takagi to claim the IWGP NEVER Openweight Championship for the first time in his illustrious career. This wasn’t only a major step in Tanahashi’s career, but in the standing of the title itself within New Japan Pro Wrestling.

Given his lofty position as ‘Ace’ of Japan’s premier promotion, any title he holds is ultimately elevated to his level too. This is perhaps something the NEVER title can benefit greatly from, as it has been delivering matches above its midcard station for years. Strong style icons such as Katsuyori Shibata, Tomohiro Ishii, Minoru Suzuki and more recently Shingo Takagi, have been beacons of the division – hosting a remarkable list of world renowned matches.

The elevation of the title could be vitally important to New Japan, as a means of raising the stocks of certain wrestlers within the promotion, towards a level where they can transition into the main event picture when a vacancy arises.

The match Tanahashi won the title in is in itself noteworthy, not just because of the result or the excellent wrestling it displayed, but because of the style it thrived in. The match deviated from the conventional NEVER mold, telling a story around the stellar leg work, which took centre stage, while also adding the traditional strike, chops, kick centric elements.

It was a match which I would argue redefined what the NEVER Openweight title means in NJPW – succeeding in elevating the Championship to new heights. The ‘Ace’ is critical to this rise, but Takagi has done an indescribably good job at lifting the championship through his series with Minoru Suzuki and matches with the likes of SHO and El Desperado too. Being able to have great matches with all manner of opponents is a quality Shingo has in spades, and it’s something I believe Tana has too.

I also think Tanahashi claiming the title is good for the now former-champion Shingo Takagi. The ‘Dragon’ is free to move towards the very top of the company. This is a very important point as Shingo is truly one of the best wrestlers anywhere in the world – so would be rightfully placed among the main event scene. He could be in store for another killer G1 run, this one perhaps garnering him more points than in previous years.

Shingo could have an IWGP Intercontinental or Heavyweight challenge in his future, now that he has shed the NEVER Championship. I strongly believe Takagi deserves to challenge for the company’s top belts, and after slightly teasing reigning champion Kota Ibushi on a Road to New Beginning show, it might not be a million miles away.

I’m not sure how long Tanahashi’s title reign will last, but I’m confident he will deliver good matches in the meantime. All we know in respect to future defences is Great O-Khan’s challenge at Castle Attack in Osaka. A rematch from their Wrestle Kingdom 15 encounter, I hope this one delivers more so than their Tokyo Dome affair.

It’s a strong possibility that Tanahashi drops the title here, with a second straight loss to the ‘Ace’ potentially damaging to O-Khan, but even if this is the case I think the fact that he has held the belt is a major positive. The symbolism which comes with being associated with the name “Hiroshi Tanahashi” cannot be overstated. It gives off a certain aura which is wholly positive.

Importantly, this title reign is great for Tanahashi himself, as he can begin to slowly transition out of the main event as he gets older. Undoubtedly still one of the best wrestlers in the world (as his match with Shingo proved), he is also invaluable in the role of elevating new, up-and-coming talent towards the top of the card. This is where Tana is most important at this stage of his legendary career – aiding the next generation to stardom.

Tanahashi has been at the pinnacle of NJPW for 10 plus years, but that takes a toll on one’s body. The ‘Ace’ has faulty knees, which aren’t getting any better. He uses this injury as a clever focus point during many of his matches, however, it must not be underestimated the damage this continues to do to his body.

This being said, I think Tana deserves a break from the company’s top table, allowing him to build up other wrestlers around him on the ever-developing roster. The NEVER title has proven to be an extremely useful tool in promoting Jr Heavyweights, most recently El Desperado at the Sengoku Lord in Nagoya show in July.

Tanahashi, now being the man who carries the NEVER flag, is great for the wrestlers on the fringes of the division, like the aforementioned El Desperado and SHO. The division is no longer a mere transition from Jr. to Heavyweight, but a catapult into the impactful end of the Heavyweight class.

Hiroshi Tanahashi becoming champion offers NJPW a real chance to elevate the NEVER Openweight Title towards the upper echelons of the company. This can only be seen as an overwhelming positive, as it is a division which has been served spectacularly by many quality wrestlers over the years; wrestlers deserving of a higher placement in New Japan Pro Wrestling.