Home
Music
So Help Me God: What Do We Know?
Music
·3 min read

So Help Me God: What Do We Know? 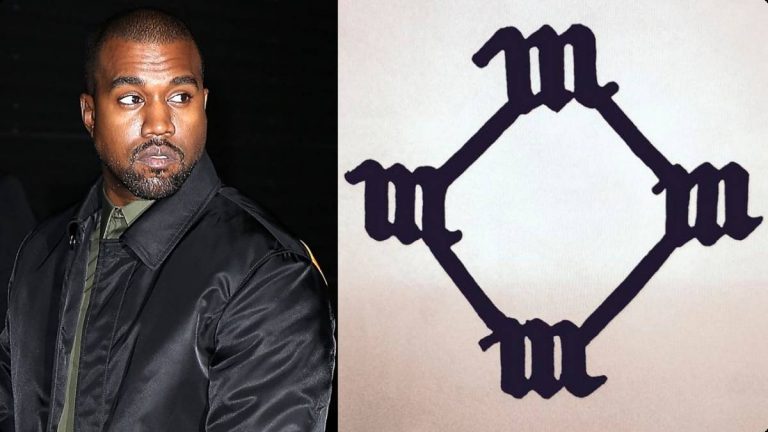 With controversial awards ceremony appearances, various forays into the world of fashion and his heavily publicised relationship with Kim Kardashian, it’s sometimes easy to forget the creativity, ingenuity and sheer audacity delivered by a Kanye West album. Certainly, since the release of his first LP The College Dropout 11 years ago, West has produced some of the finest hip-hop music of his generation, blurring the lines between a vast palette of genres including soul, electronica, classical and house. His obsessive attention to detail means only the finest quality beats, verses and samples make the final cut on his albums, with sub-par material known to have been jettisoned at the eleventh hour on previous releases.

2013’s Yeezus felt more like an expression of art rather than an offering of any sort of musical substance. Sure, the songs are there: ‘Black Skinhead‘ walks a dark, rabid and punky line, ‘Blood On The Leaves‘ combines trap, horns and auto-tune in a hellish melodrama and ‘New Slaves‘ features some of Ye’s finest lyricism in recent years. Yet, the most prolific memories most will take from Yeezus is the rather pretentious album cover and the image of his wife’s naked torso straddling a motorcycle in the music video for ‘Bound 2‘.

Two years down the line and the music world eagerly awaits the release of Kanye West’s seventh solo effort, So Help Me God: an album that is undoubtedly one of the most anticipated of the year. The heavy expectations that surround the album are amplified by Kanye’s insistence on it dropping as a “surprise” release, much like Beyonce’s eponymous iTunes release little over a year ago. How much of a surprise could it be? His recent promotional work, awards ceremony performances, and sporadic shows at intimate venues point to an early Summer release for the album, although it’s difficult to surmise anything solid, given how unpredictable Kanye can be. Yeezus was delayed until the last possible moment before it was sent off to iTunes – only three days before the intended release date – and it’s likely that the same process will happen again. The lack of official release date means that further information regarding the album will likely be sparse, so what do we actually know about So Help Me God?

It’s almost too easy to deduce a religious theme from the title – this is the self-proclaimed ‘Yeezus’ after all – and the use of a 13th century monastic symbol for the Virgin Mary as the album artwork only further emphasises this. Perhaps this is as far as it stretches, although it’s hard to say for definite without actually hearing the music on the record. As well, the relationship between Mary and Jesus provides some interesting food for thought about whether we’re set to hear an emotionally melancholic album in memory of Kanye’s mother, maybe something akin to the feel of 808s and Heartbreak.

This brings us to the songs. ‘Only One‘, an earnest, piano driven track, told from the viewpoint of West’s mother and featuring instrumentation from Paul McCartney, walks a similar direction musically to that of 808s. Then ‘FourFiveSeconds‘ is a more upbeat pop number, again with McCartney and vocals from Rihanna, ‘Wolves‘ is a darker and more brooding entity, and God’s “first single” (Ye’s own words), ‘All Day‘, is a track that wouldn’t have been too out of place on 2012’s largely rap based Cruel Summer mixtape. Despite the amalgamation of musical ideas, West has given all four songs precedence, performing each of them live at some point during his short stints of promotion for the album.

It’s difficult to envisage the overall sound of the album from these tracks, and whether all of them will make the final cut is anyone’s guess. But what sets Kanye so far ahead of the game than anyone else making music right now is his ability to seamlessly and cohesively weave together his albums along a common musical thread, despite the broad range of genres that often overlap throughout his work. My Beautiful Dark Twisted Fantasy is a flawless example of this: 13 individually brilliant and unique tracks, yet an album which encompasses a complete sound that still feels as innovating and bold five years later. His ability as a producer is unrivalled in the hip-hop sphere and is perhaps even greater than his talent as a songwriter.

With Kanye having been confirmed as Glastonbury Festival’s Saturday night headliner earlier this week, So Help Me God will now likely drop in one of two scenarios. Released before Glastonbury, and Ye will no doubt showcase his latest material in front of 130,000 muddy festival goers. A release date after would perhaps deter Kanye from debuting new tracks live, to refrain from poor quality recordings of material surfacing online.

In either scenario, So Help Me God comes out as THE hip-hop album of the year, and whatever the content, musically and thematically, Kanye West will have the music world in the palm of his hand again. But, this is Kanye West, so that might not be enough.