Harper Lee and the Peace I’ve Made

In July of last year, Atticus Finch broke my heart.

This won’t come as a surprise to anyone who wasn’t living in a cave at the time, or since then either. ‘Go Set A Watchman’, Harper Lee’s much anticipated second novel, a sequel to ‘To Kill A Mockingbird’ was a book that should never have been published, according to Harper Lee’s wishes. ‘Watchman’ was only ever a draft, we knew, written before ‘Mockingbird’ ever came about and not for public consumption. If it wasn’t for Lee’s lawyer, so the story goes, ‘Watchman’ would have died along with that great lady. I cannot vouch for the accuracy of this story, but it does seem odd to me that it was only in her sad mental decline that Lee decided to suddenly allow the story to go public, when she had never wanted it before.

As it happens, we did get it published and, although we should have known better, we flocked to read it. I’ve thought a lot about that decision I made to buy and consume that book, wondering exactly what devil was on my shoulder, willing me along, when I knew that Lee didn’t want the story to ever surface. I can understand that well enough; I’ve written loads of short stories and poems that I so wouldn’t want to claim as my own. From one writer to another, I should have respected Lee’s wishes. The only reason I can identify for ignoring my own instincts is that I was afraid I would miss out. What if the book was excellent and I had deprived myself of another work of art by an author whose single published work is one of literature’s greatest masterpieces? I should have realised, as should everyone who regrets their reading of ‘Watchman’ now, that Lee was infinitely more capable than us when it came to identifying if something was worth publication or not. I do not believe I will ever forgive the people who railroaded the release of ‘Watchman’, but I also know that I will not ever forgive myself for giving in and reading it. 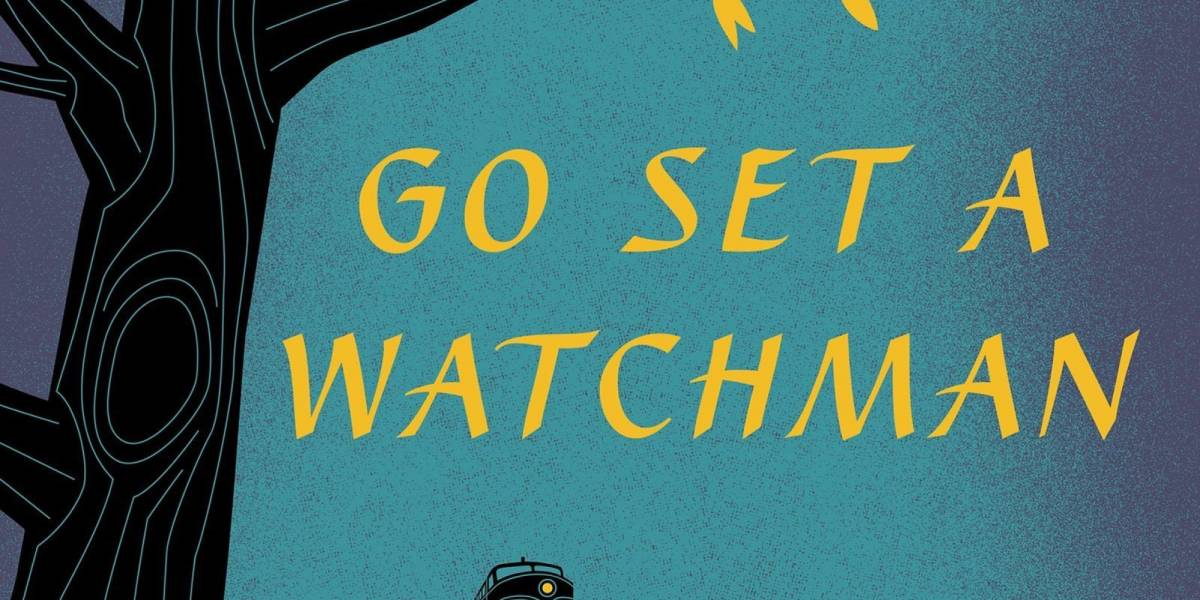 I doubt that I need to tell you much about the issues that people had with ‘Watchman’. In case you missed it, it doesn’t take much explaining. Atticus Finch, the father of Scout, the narrator of ‘Mockingbird’, had become a racist in his old age, who attended KKK meetings and did not support desegregation. This was the same Atticus Finch who was, for many people, a true champion. ‘Mockingbird’ is about a lot of things, but it is mostly about him and the trial he takes on; the defence of a black man accused of raping a white woman, and the fight he faces not just in court but with most of the 1930s townsfolk who are his friends and neighbours. Atticus was a formative force in my life, appearing in it when I was in my mid-teens and still absorbing everything I read with something close to fervour. I am not alone in this; it seems to me that a whole lot of people read ‘Mockingbird’ when they were at school, and it is no surprise that we would latch onto a character like Atticus, who was good and brave, even when it was hard to be so.

One of his most famous quotes is ‘You never really understand a person until you consider things from his point of view…until you climb into his skin and walk around in it.’ Nine years after I first read that, I still think about it almost every day, and that is no exaggeration; whenever I come across someone who I don’t really get, I hear Atticus in my head, counselling me to patience and sympathy. He has Gregory Peck’s voice, of course, and he is sitting on that porch swing – I was nothing if not impressionable at fifteen, and the film is a near perfect rendering of the book anyway. You will understand my grief then, in reading ‘Watchman’ and discovering what Atticus had become in his old age. There is a moment near the end of the book, when Scout confronts her father in a heated argument; I cried during that chapter, not for the content so much as for the idea that Scout was saying such horrific things about Atticus and they were all true. Here was a character I adored, ruined. Totally and completely ruined. I read ‘Watchman’ in less than a day and then hid it under my bed until I could get rid of it. I couldn’t even bear to look at it.

Scout ends ‘Watchman’ beginning to come to terms with her father and the man he has become. I have been trying since July to either forget that I ever read ‘Watchman’ or to do the same as Scout, to reconcile the Atticus I love with the new version. It is not going well. Critics would call me naïve, I expect, for wanting so badly for a character to have such a definitive moral outlook. I dispute that; the vast majority of my favourite characters, literary or otherwise, are drawn in morally complex shades of grey. I get how people work – I don’t need them explained to me. I just did not want Atticus to be like that, not when he was the character so many of us needed in our youths. For me, at least, a definite part of myself was formed by him.

Since I finished ‘Watchman’, I have lived with the sad idea that I would never want to read ‘Mockingbird’ again, a book that still rests, despite my upset, well within my top ten novels of all time. I never blamed Lee for this; like I said, we all lost the right to complain the moment we decided to buy the book at all. When she died last week, the first and only thing I thought, once I was over the shock, was that I wanted to write something for her. On Friday night, a few hours after the sad news broke, I took ‘Mockingbird’ off the shelf and opened it for the first time in almost a year. I only got through the first chapter before I got such a bad taste in my mouth that I had to put it back, but the important thing is that I got through that chapter at all, when I honestly believed I would never read it again. I’d like to think now that I will one day be able to make it the whole way through the story again, and I will accept Atticus for who he was then and who he became.

Lee deserved every accolade and all the praise she ever got for ‘Mockingbird’ and, who knows, if ‘Watchman’ was published with her fully realised blessing, then perhaps we should read it as the greatest comment anyone ever made on ‘Mockingbird’ and the dangers of idolising our parents and role models too much. If that is not the case, and ‘Go Set A Watchman’ is nothing more than the story that has ruined the reputation of a great author, I still owe Harper Lee my respect, as the creator of ‘To Kill A Mockingbird’ and the mother of Atticus, who I had once loved so much I could cry when he betrayed me. Whatever the truth may be, her creativity, passion and integrity have never, ever been in question.