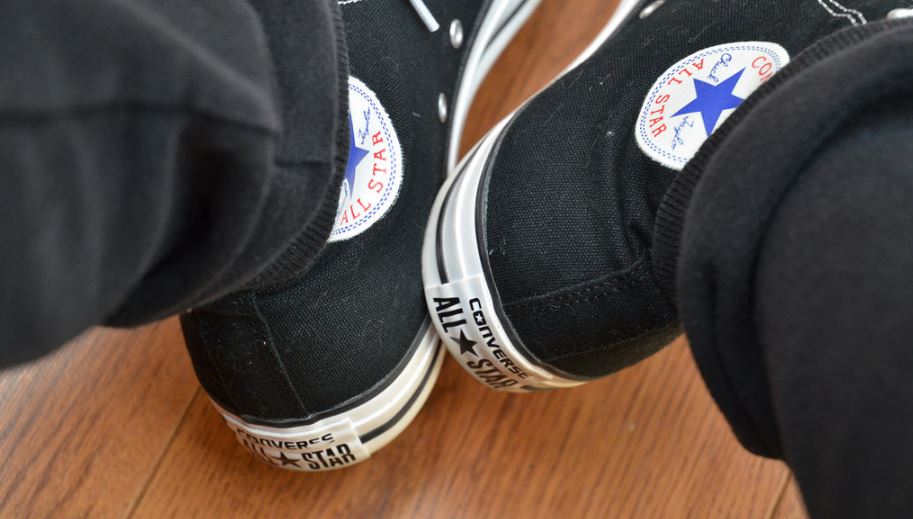 As Converse All Stars approaches its 100-year anniversary in 2017, it’s a prime opportunity to pay homage to the footwear that ditched the idea that men and women should have gender specific shoe designs. Over the years, the hip sneakers have become the epitome of cool for both men and women. They have been seen on celebrity feet from Shirley MacLaine in the 50s to Rihanna in 2000s and have helped boost the footwear to legendary unisex fashion status.

From Basketball Shoe to Cult Classic
Converse All Stars started out as basketball shoes, and when legendary player Chuck Taylor lent his name and signature to the kicks in 1921, interest in the footwear skyrocketed. It wasn’t until the 1950s, though, that their purpose began to shift from sports shoe to fashion item. Rebel Without a Cause star and cult hero James Dean was pictured in a number of photographs sporting the sneakers, which instantly turned them into a must-have item for many of the socially estranged, alternative teenagers of the era.

It wasn’t just male stars that were boosting Converse’s reputation, though. American sweetheart and actress Shirley MacLaine in the 50s, along with English model and singer Twiggy in the 60s, helped show that the same sneakers could be worn by men and women. The simple design and range of colors, along with hippie fashion and the constant battle for gender equality in that time period all contributed to the idea that both sexes could wear the same shoe.

Iconic status
Part of the reason why All Stars succeeded as a gender neutral shoe was because they could be worn with anything. The basic design and the variety of colors meant that people could pair them with jeans, shorts, skirts or dresses. As fashion has progressed and changed over the years, the same rules still apply. Converse continue to work well with both men’s and women’s fashion today, and over the decades since the shoe’s inception. Its timelessness and authenticity is also a key factor. Research by Couponbox suggests, though, that the shoe didn’t really achieve legendary standing until the 1990s.

At this point in the timeline, people were able to look back at the history of the shoe and see how it had developed over time and managed to fit seamlessly into the culture of each decade. In an interview with Couponbox.com, Elizabeth Semmelhack, Senior Curator at the BATA Shoe Museum in Toronto, suggested that the All Star gained star-studded status with the emergence of “Hipster Fashion” which attracts both men and women. Hipsters noted that cultural icons throughout history like Kurt Cobain, Twiggy, Joan Jett, Demi Moore, Tommy Ramone, and James Dean all sported the footwear. This was all the evidence that was required to prove that the All Stars were truly unisex shoes.

Current celebrities like actress Emma Watson, and singers Justin Bieber and Miley Cyrus are all huge fans of the All Stars, and they have even made their way to the White House, with Michelle Obama snapped wearing the retro design.

Because Converse constantly reinvent themselves and remain prominent in popular culture, they could easily be around for another 100 years.