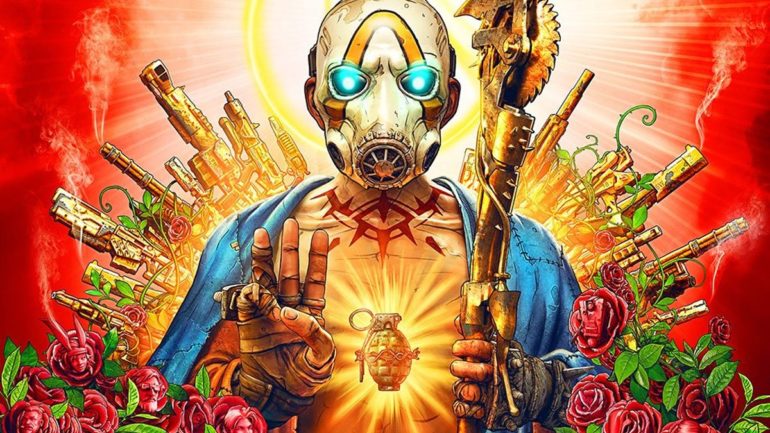 So you’ve probably started on your tenth different playthrough of Borderlands 2 and you still haven’t earned that 94% Sham drop and maybe you’re starting to think, “What else could be out there like this game?” Gearbox’s loud, colorful, mold-breaking looter-shooter debuted in 2012 and has since seen almost nothing but success with 2 sequels, 3 spinoffs, and a Hollywood movie coming soon. If you’re looking to change up your loot farming routine, or just want some time away from Claptrap’s antics, here are some games like Borderlands worth playing.

Outriders, People Can Fly’s third-person action title, debuted in 2021 with a semi-rough start to its life, but many could see that Outriders had a lot of potential in it. Now with an expansion available and several patches that tuned weapons and classes by the developers, it’s one of the best looter shooters out there.

While using a third-person perspective and feeling a little bit more like a Gears of War clone at first, Outriders is out and out a looter shooter. Featuring a deep class specialization system with very lengthy talent trees, tons of randomly generated loot, Outriders boasts some of the most unique guns seen in any shooter that do ludicrous things like teleport corpses that explode or spawn tornadoes of sand.

If there’s a way to shoot, burn, melt, or eviscerate enemies, Outriders probably has a gun that does it.

First seen at E3 2013, The Division, Ubisoft’s next game in its expanding Tom Clancy catalog, wouldn’t see the light of day until 2016. Featuring a slower, but still very thrilling style of combat, this loot-based online shooter saw some generally favorable reviews, and then after 3 years the improved The Division 2 would release in March 2019.

Since going through multiple seasons of content and a recent expansion that returns to New York City, this squad-based shooter features tons of unique weapons and gadgets to cater to your playstyle. The gadget-based loadouts add some fun flair to combat and each one has its strengths and weaknesses.

Weapon archetypes run the full gamut from small semi-automatic pistols to exotic weapons that deliver wild status effects like poison gas, explosive rounds on a delay, and more. Character classes and gadgets have tons of utility like being able to stop enemies in their tracks with flammable foam, a tiny stinger drone that stuns or delivers an explosive payload, or just skipping the theatrics and pulling out a grenade launcher to deliver large amounts of ordinance in a hurry.

The amount of content to do is incredibly deep in The Division 2. With all sorts of 6-man raids, the 100-floor “Summit” mode where players face an escalating challenge while ascending a skyscraper, quests, and target hunt. Along with settlement management and a living map to manage as part of the endgame, there is no shortage of things to do at max level. Fans of military and near-future settings will have quite a lot to enjoy here with this looter shooter.

Since launching in 2017, Destiny 2, Bungie’s online FPS, has been undergoing a bit of a renaissance after a couple of middling years following the excellent expansion The Witch Queen.

Reinventing the original Light-based subclasses with each new season, adding in the ability to craft specific weapons, and more, there’s not a lot to truly complain about in this long-running title. Now with Darkness subclasses to counterbalance the Light subclasses, building your character how you want has only gotten better. Both solo and group players will find a lot to like in Destiny 2, even if you never set foot in the pinnacle activities like raids or the Trials of Osiris.

The amount of content available, even to free players, is rather deep. But when you add on the current expansions available, you’re almost guaranteed you’re going to like something in this shooter. The weapons are this game’s main claim to fame, but the classes are equally as memorable. From being able to shoot a revolver that spits fire to hurling yourself into an enemy with the force of a lightning bolt, the power fantasy is second to none.

A charming rogue-lite shooter from indie studio Hopoo Games, Risk of Rain 2 is easily one of the best in the genre. Featuring tight controls, a wide variety of characters to choose from, and tons of loot to grab from enemies and chests as you survive on a hostile alien world.

While not as deeply customizable as the characters in Borderlands, each of the 14 different Survivors in Risk of Rain 2 offers a wildly different way to play. From the defensive turrets and shields of the Engineer, to the risky offense of the Void Fiend, to the aggressive melee combat of the Mercenary, there’s no bad choice for a run.

There’s a huge amount of secrets for players to discover during runs through the various biomes and a rather deep story buried in this rather simple-looking shooter and plenty of juicy story hidden in the game’s journal entries. Don’t skip this one if you’re looking for indie games like Borderlands.

Digital Extremes’ space-ninja shooter has been going since 2012, and it’s hard to ignore the success and evolution the game has enjoyed since then.

With over 48 unique Frames to choose from and unique vehicles to customize, Warframe’s bevy of guns and swords will keep you entertained for quite a while. The most unique aspect of Warframe is the card-like customization system where you slot modifications on cards that do various things like buff your abilities’ strength, what damaging elements you deal, and even how fast you run. Your Warframe and all of its equipment can be customized this way and mods are earned all over the place.

Featuring multiple story quests, open world zones, and more on the way, Warframe’s content selection is hard to top. Though it may seem daunting to new players, there are tons of resources available and some of the best community members are willing to help guide those looking for help navigating the ocean of content.

In the grim darkness of the future, Necromunda: Hired Gun is a fast-paced shooter that puts you in the boots of a bounty hunter in the titular city in the Warhammer 40,000 universe. Hunt down targets and complete bounties for some unique weapons and items to customize yourself with. Everything from Lasrifles to Storm Bolters is present as a tool for your arsenal.

Fans of Doom and other fast-paced shooters will also feel at home in Necromunda with its visceral weapons and heavy emphasis on rapid movement and aggressive playstyles. There is a whole lot of customization for both yourself and your pet dog from powers that let you cast psychic energy, slow down time, and even detect hidden loot nearby.

Don’t miss out on this gothic nightmare of an experience.

Dwarves with guns, what more could you want from a game?

Deep Rock Galactic team-based cooperative shooter has you and 3 buddies as Space Dwarves delving deep into procedurally generated mines against alien bugs trying to fulfill contracts from digging up valuable ores to collecting alien eggs for testing. The tight corridors only lit by your flashlights and flares make for an incredibly tense experience as you try to mine and blast your way through the objectives.

Equipment ranges from giant gatling cannons to drones that help solo players as if an extra partner is by their side. Character classes run the classic gamut from aggressive brutes to support players putting down resources and even lightweight Scout types that can run faster than most others allowing for players to get an idea of what’s ahead before storming in.

With the Rival Incursion update that added a ton of content to the game such as new cosmetics, weapons, skills for each class, and new enemy types, there’s a bevy of content available for even new players just discovering the glory of rock and stone.

The indie darling of the group took the world by storm with its 1.0 release and already has been lauded as one of the roguelike greats.

As cutesy as it may look, don’t let that fool you. Gunfire Reborn is a tough game that turns quite merciless the deeper you get into each run. With several classes to choose from and a large swathe of randomly generated weapons to find, no two runs will feel quite the same.

Much like other roguelikes, there’s tons of secret passages and special loot to find throughout the different environments of Gunfire Reborn with hidden doors and unique events you may be lucky enough to encounter along the way. Combined with tight controls and incredibly satisfying gunplay, this cartoony little game will quickly earn a top spot on your library if you’re looking for more games like Borderlands.

The sequel to the rude, crude and sword-swinging reboot of the 1990s FPS, Shadow Warrior 2 features some fantastic and ridiculous gameplay for looter shooter fans.

You step into the shoes of Lo Wang, a warrior destined to slay demons and do so in the most ridiculous ways possible. Shadow Warrior 2 features some very deep skill customization combined with a familiar, but still satisfying loot system that allows for tons of variety in how you deal with all the demonic hordes sent your way.

Fans of Borderlands’ loud, rambunctious humor will feel right at home in Shadow Warrior’s world with the crude jokes and one-liners constantly coming from Lo Wang’s mouth. Along with that personality comes an incredibly fun story that would feel right at home as a Hollywood blockbuster from the likes of Michael Bay. Compared to most other looter shooters, the lack of an endgame loop can make it feel a bit incomplete, but with how well-crafted everything else about Shadow Warrior 2 is, you won’t miss it.

This MMORPG features a lot to like for Borderlands fans. Coming from Korean developer Smilegate, this fast-paced isometric action-hybrid combat system will feel incredibly unique compared to most other games on this list, but that doesn’t discredit how fun Lost Ark is to play.

Lost Ark is a deeply rewarding experience, featuring a well-rounded roster of classes that all have unique quirks and play styles that stand out as prime choices for anyone to play. Almost any class can be properly decked out for solo or group play, even the healer class has a variety of offensive spells and attacks. Fans of shooters will enjoy the quick pacing of combat and synergy from weapons and spells, but RPG nuts will get the greatest enjoyment from all of the deep class customization from loot and talent trees available.

The amount of content available is vast, from the lengthy campaign to the new dungeons and raids being added in regularly with monthly or periodic content updates from Smilegate and Amazon Games. If you’re a Borderlands fan looking for a long-term game that has a lot of life ahead of it, look no further.