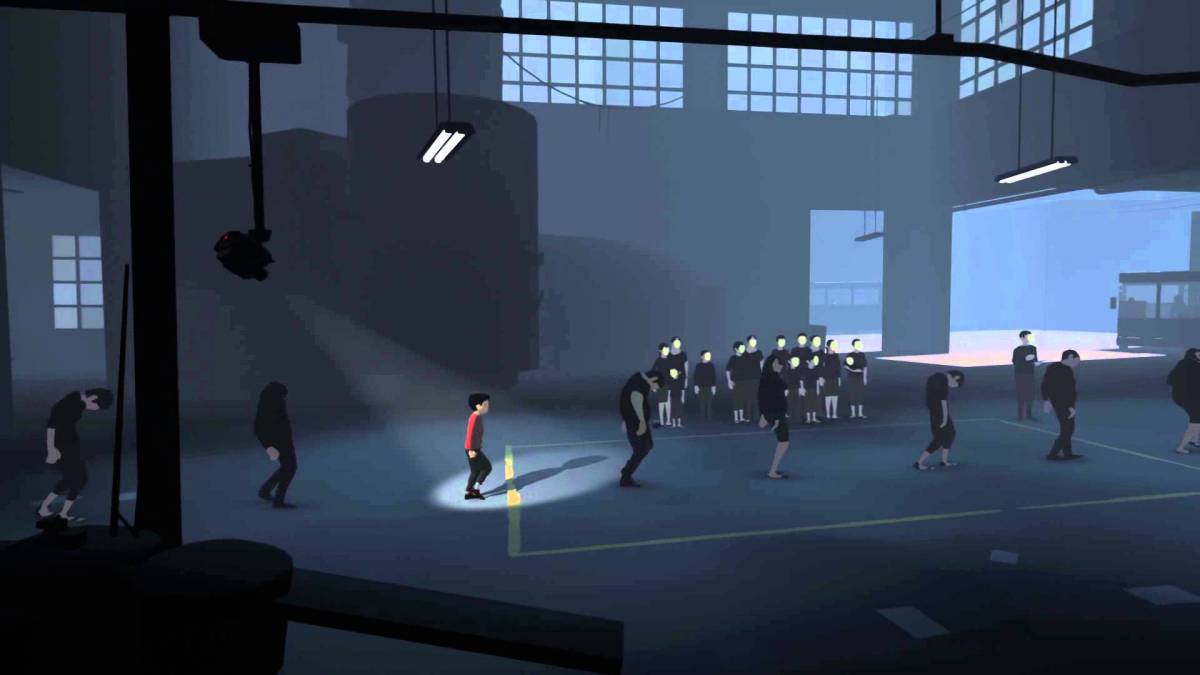 They say that you arrive in a dream without knowing how you got there, immediately in the action. Inside begins in a quick and similar way, the first time you boot it up it shows you the title and then you take control; except this isn’t a dream, just a dystopian nightmare. Inside is the sophomoric effort by Playdead studio, who achieved success back in 2010 with Limbo.

It’s hard to not spend the whole of Inside to Limbo; gameplay wise, they’re extremely similar. They both have a 2.5D style and involve a single character mostly heading to the right. Along the way are puzzles, obstacles, and a strange world that is never quite explained to the player. Despite the similarities, Inside exceeds Limbo, and is an overall much better game. If Limbo was a child genius, Inside is that child grown up, putting all its talents to use.

We’re quickly shown a world based around serving, mind control, leaders and slaves. It’s certainly an engrossing beginning, as it feels much more like a world that we are inhabiting than Limbo, even if that does come with complications and more threats of enemies than giant spiders. The levels have a natural progression to them, and it does truly feel like we are going on a journey with our character, rather than just hitting an objective. The game doesn’t necessarily spell out the world and story to you, but instead uses expert world building so that as the game goes on, it’s more like an image being coloured into your mind.

The puzzles are a perfect combination of difficult and satisfying. The only thing players will have to worry about is over thinking them, but often they do not require more than a couple of attempts, and then the player will figure out the solution. Similar to Limbo, even a failed attempt is not frustrating, as the respawn time is very quick, allowing the player to get back into the action. While the game is hardly ever extremely challenging, it sacrifices this by always being rewarding, and seeming somewhat more of an interactive story than a trial and error test of skill such as the likes of Super Meat Boy.

While the levels are brilliant as they progress, it does feel like being outside and seeing the world is more entertaining than the inside levels. Even the underwater levels are enjoyable and clever, a far cry away from the painstaking process that Legend of Zelda made them known for. Despite this, Inside compliments it’s least interesting maps with it’s most interesting puzzles, as the character starts to use the mind control device to control some of the mindless slaves.

The game builds to perhaps one of my favourite final acts that I’ve played in a long time. With certain techniques and elements that get seamlessly added across the player’s experience, the player adapts and adds these skills to their arsenal with how they progress through the game. I know this is all being vague, but even though Inside is far from a one-trick pony, it’s the excitement of somebody else enjoying it that is as much fun as completing it yourself.

Overall, Inside is a fantastic game. Though for a £14.99 price tag, the four hours you get out of it seems like a bit of a hesitant ratio. Nonetheless, if you get it at a discount it’ll be the best game you pick up in a sale, and even if you pay full price, you’d be wrong to regret it. Pick it up if you want a unique gaming experience, a fantastic and mysterious setting, as well as some pretty detailed death animations. Excuse me, I need to go build a shrine to Playdead, it seems they can do no wrong.