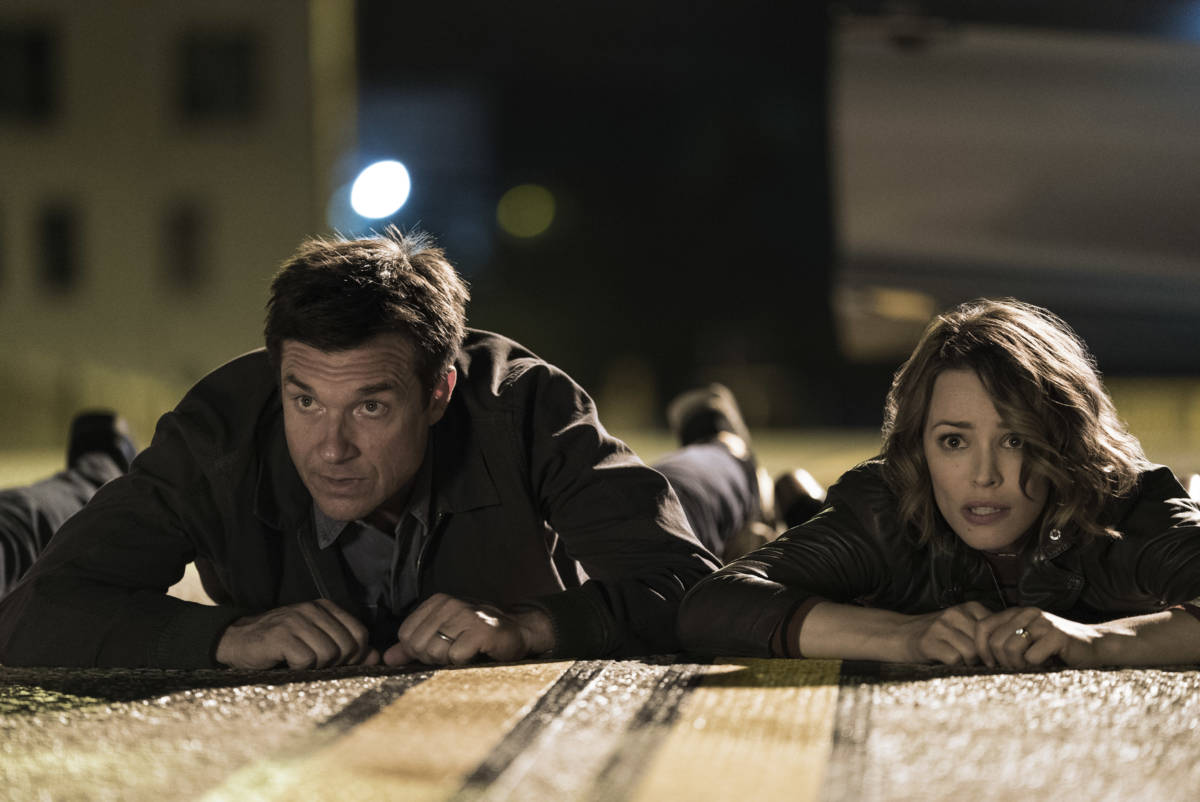 Game Night offers a thriller of a comedy as the film blends the two genres together.

John Francis Daley & Jonathan Goldstein direct from a fun screenplay written by Mark Perez. The film blends in the comedy and thrills in a balanced mixture that works so well in Game Night, including camera movements that heighten the film’s stakes.

The film’s opening prologue sets the tone as Max (Jason Bateman) and Annie (Rachel McAdams) meetas rival captains at a random bar’s Game Night following a fun montage depicting their blooming relationship set to Queen’s “Don’t Stop Me Now”. The action truly gets started when Max’s brother, Brooks (Kyle Chandler), comes to town. Brooks wants in on the game night action so he hires a company, Murder We Wrote, to throw a murder mystery party, complete with both a fake FBI agent and hoodlums.

The other game night regulars include Ryan (Billy Magnussen) and his date, Sarah (Sharon Horgan), and childhood sweethearts Kevin (Lamorne Morris) and Michelle (Kylie Bunbury). Sarah is an upgrade from the usual Instagram models that Ryan usually brings with him as she’s very much an equal. There’s more than meets the surface for Kevin and Michelle allegedly involving a notable Hollywood actor.

So what happens? It turns out some real criminals stopped by to kidnap Brooks but the six folks competing think it’s all a part of the act. They still think they’re playing a game and do whatever it takes to give them a competitive advantage, even if it means driving out to the company, where a pregnant Glenda (Chelsea Peretti) is there to greet them, in order to find out the winning clue. In the process of doing so, Max learns that his brother isn’t really who he thinks he is — it turns out that Brooks has involved himself in some shady deals, one including The Bulgarian (Michael C. Hall).

There’s some great action sequences right out of action films a la Taken, Mission: Impossible, and James Bond as Max works to rescue his brother. Both Bateman and McAdams are awesome in their performances. The duo have great on-screen chemistry together and one can only hope they think to do more projects together. The film more than makes up all those years post-Wedding Crashers in which McAdams didn’t do many comedies.

The real surprise of the film is Jesse Plemons in his performance as Officer Gary.  His performance adds such a seriousness to the role with a deadpan performance. It isn’t just that the Breaking Bad alumnus steals every scene he’s in as Gary or that his character wishes to get invites to Game Night once more, it’s that he plays it so straight as a character.  While all the other characters have their own quirks, Gary doesn’t really have any outside of missing his ex-wife, Debbie.  All he has left is his terrier, Sebastian.

Game Night isn’t an action comedy, per se, in as much as it is a comedy that’s produced as if it were an action thriller. This is why the film works as well as it does — the twists and turns never seem to end. Every time you think they have it solved, another surprise comes out of the woodwork.