How did this get snubbed so hard? 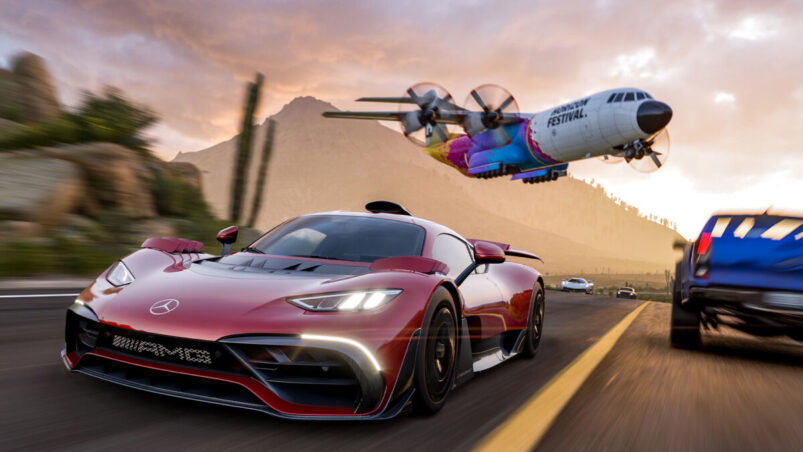 2021. It has been what some call “a year”. To celebrate this collection of sun rotations, we’re looking at the best games of 2021. Next up: Forza Horizon 5.

As soon as Forza Horizon 5 was announced in the middle of 2021, racing game fans knew that a Game of the Year contender was on the way. While the Horizon series has never formally been recognised as such at events like The Game Awards, genre aficionados have always considered the Horizon series to be one of the highest pinnacles of racing games on the market.

Now, with the release of Forza Horizon 5, more people than ever are experiencing as close to automotive perfection as there is, as Horizon 5 feels like a huge improvement for a series that’s only been going from strength to strength from its inception. Sure, Forza Horizon 5 has a couple of issues, like the fact I still can’t adorn my avatar with beards, but they feel kind of minor when the rest of the game is as brilliant as it is.

Firstly, the setting for Forza Horizon 5 is the best it’s ever been. While there’s nostalgia for the first game’s depiction of Colorado, and the British lad in me loves how the UK was represented in Forza Horizon 4, the fifth game takes the action to Mexico. The idea of a racing game in Mexico sounds like it’d feature lots of sand and cacti, but the reality is that Forza Horizon 5’s playground is so much more diverse than others.

The map itself is huge, and filled with many unique biomes like deserts, jungles, urban sprawls, beaches, golf courses, volcanoes and others, making for one of the most varied open worlds out there. Not just in racing games either, it feels like the Forza Horizon 5 open world sits above most other open worlds on the market, even if there’s way too many bonus boards stuck on the roofs of houses.

However, Forza Horizon 5’s real charm is in the fact that it feels like a collection of everything that made the previous Forza Horizon games great. The open world racing game formula that’s been refined since the first game is still there, but the content and activities that fill the game out is a highlight reel of everything that worked in Forza Horizon 3 and 4, refined and polished to create the best game possible.

Functionally, FH5 has a progression model more similar to Forza Horizon 3, with the player building outposts around the map that focus on different racing disciplines. As you earn Accolade points, you can build new Outposts, leading to more races, Horizon Stories and other content. You can earn accolades from pretty much every activity, which allows FH5 to feel like you’re more in control than ever with your progression. You do what you want to unlock more of what you want to play. It’s a wonderful system.

On top of that, there’s more content than ever to sink your teeth into, with returning favourites from Forza Horizon 4 like Stories, The Eliminator and Super7 giving you so much to do at launch. The Super7 mode and the event creation tool in general feels like a masterstroke for Forza Horizon 5, ensuring a steady supply of events and races, created, curated and perfected by the community themselves.

All in all, Forza Horizon 5 is already one of the best racing games ever made, but if FH4 is anything to go by, this is only the beginning. With two expansions and (fingers crossed) plenty of free updates in the pipeline, Forza Horizon 5 is only going to become an ever better game from here on out. Seriously though, if Playground Games just decided to add the LEGO Speed Champions DLC from the last game, that’d be grand.

READ NEXT: Forza Horizon 5: How To Play With Friends