Fortnite: How To Get The Volcanic Assassin Pack For Free (Tectonic Komplex) 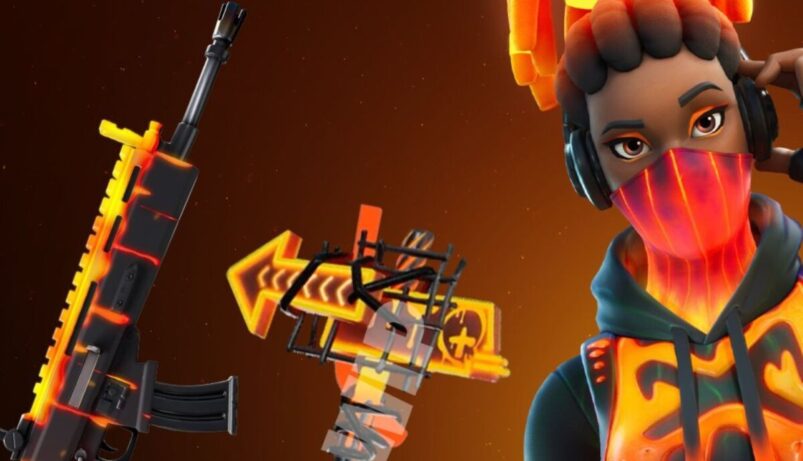 Following on from previous promotions that saw skins being given out completely for free, Fortnite‘s once again giving out a new skin for those on the Epic Games Store in the form of the Volcanic Assassin Pack.

The Volcanic Assassin Pack, which comes with the Tectonic Komplex skin, Back Bling, Pickaxe, and Wrap, is a reskin of Komplex, who was originally released exclusively as part of the Summer Smash Cup. Compared to that, though, all players need to do is claim the pack from the Item Shop while on PC.

Here’s everything in the pack:

To claim the Volcanic Assassin Pack in Fortnite, head over and download the Epic Games Launcher, then download Fortnite for free. On May 19th at 4PM BST / 11AM EST, simply log-in to Fortnite via EGS and claim the pack from the Item Shop for 0 V-Bucks. Don’t forget to connect your accounts if you want to use the contents of the pack across all versions of Fortnite.

Then, to unlock the Tectonic Komplex skin and the rest of the cosmetics, you must complete all of the following Volcanic Assassin quests, which also give bonus cosmetics for completing them:

Once you complete all three quests, the Tectonic Komplex skin is yours. There doesn’t seem to be a deadline for completing all of the quests.

If you’re worried that your PC isn’t strong enough to handle Fortnite as mainly a console player, you don’t actually need to play a match of Fortnite to get the Volcanic Assassin Pack. Most setups can run the game enough for you to access the Item Shop, so you should be able to manage it. That said, there’s no reason why you couldn’t also do this through GEForce Now, which streams the PC version of Fortnite to your phone.

The Assassin pack is scheduled to be available for Fortnite fans until June 16th, 2022.