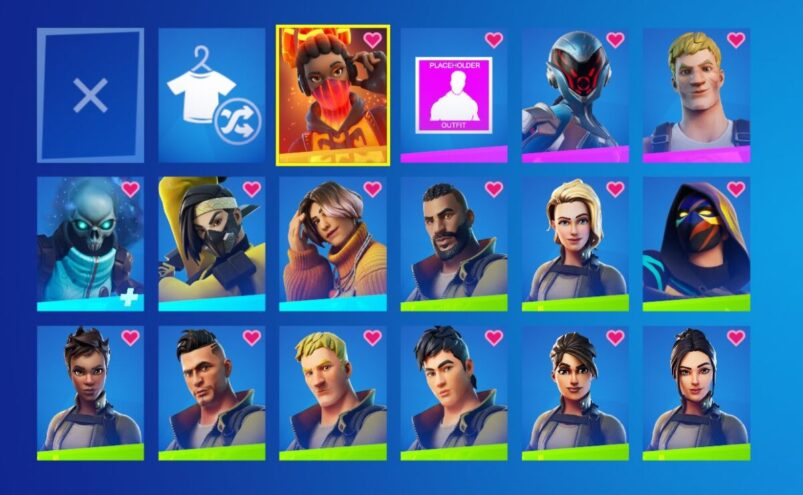 While Fortnite: Chapter 3 – Season 2 is now on its last legs, that doesn’t mean that the content has to stop, especially when it comes to the leaked skins.

Fortnite v20.40 brings with it a whole host of new skins, from Chapter 2 defaults being sold in the Item Shop, to concepts coming to life, to new styles for old favorites. It’s quite the array of new skins, which we haven’t seen in sometime thanks to how encrypt-happy Epic has become.

Here’s every skin found in the v20.40 update for Fortnite.

Here’s a collage of every new and updated skin in Fortnite v20.40, courtesy of @ShiinaBR and @XTigerHyperX2:

We have another Jonesy style, reskins, and some brand new skins, not to mention the addition of Ali-A. Here’s a quick rundown:

I'm curious, how do you guys feel about Toni being the STW starter pack skin for next season? pic.twitter.com/k51TTA89Y8

Check out the video highlighting them all below.

Which is your favorite skin?

When Will These Skins Release?

That said, those written as TBD won’t be arriving in this season/chapter, as they don’t have the necessary values to be added to the Fortnite Item Shop. Meanwhile, Paradigm and this new Jonesy variant are expected to be a part of the upcoming event and may not actually release as skins themselves.

MORE FORTNITE:  Fortnite: How To Play via Xbox Cloud Gaming