Fortnite: How To Get The Street Fighter Cammy Skin For Free 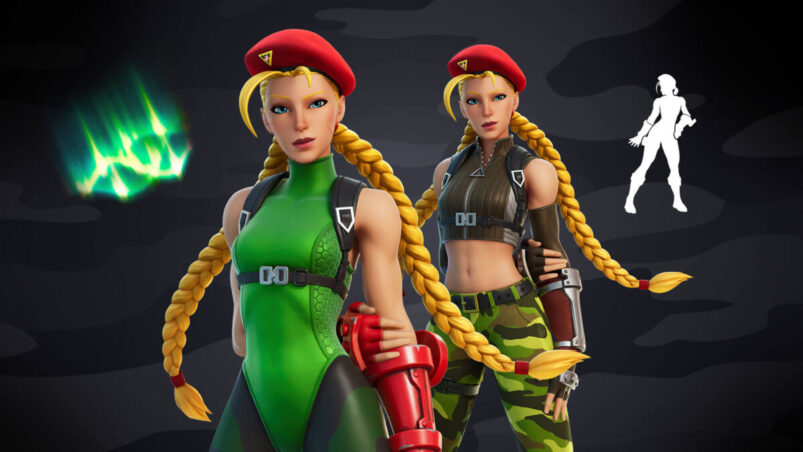 Following on from a successful first collaboration between Capcom and Epic, the worlds of Street Fighter and Fortnite will collide once again with Cammy and Guile from the former making their way into the latter as skins. There’s a way to earn the Cammy skin for free, and it’s in the Cammy Cup.

One of the first female Street Fighter characters ever, Cammy is a member of fighting game royalty and is available with two different styles as a part of this crossover, which will take place in the midst of Season 7 around the same time as Ariana Grande.

Here’s how you can unlock Cammy for free in Fortnite, which entails taking part in the ultra competitive Cammy Cup, a Duos tournament.

When Does The Cammy Cup Take Place?

The Cammy Cup will take place on August 5th, 2021 at different times per region.

Be sure that you log in on the day itself to check the times in your region. Once you know, make sure you are logged in and ready to take part in the Cammy Cup at least fifteen minutes before it officially begins.

How Do I Unlock the Cammy Skin For Free?

As mentioned, you have to place very high in the rankings to have a chance of getting the Cammy skin, even more so than in most of these “skin” cups. You have three hours and ten matches to get as high a score as you can by outlasting and eliminating opponents alongside your Duos partner. You won’t be able to take part unless you have a partner.

Here’s what you get for each placement per region in the Cammy Cup:

Here are the points you get per placement:

Players will also earn one point per elimination over the course of the Cammy Cup. All players who earn eight points will also unlock the Round Two Loading Screen, which will be exclusive.

When Does The Cammy Skin Come To The Item Shop?

If you aren’t able to earn Cammy in a tournament, she will come to the Fortnite Item Shop alongside Guille on August 7th when the shop refreshes.

Based on previous collabs, Cammy will cost roughly 1500 V-Bucks to buy as a skin. Players will also be able to buy her other cosmetics, including the Borealis Backer Back Bling, and all of Guille’s as part of the Cammy & Guile Gear Bundle for roughly 2800 V-Bucks, based on other bundle prices.

Head on over to fn.gg/StreetFighter for all the info.