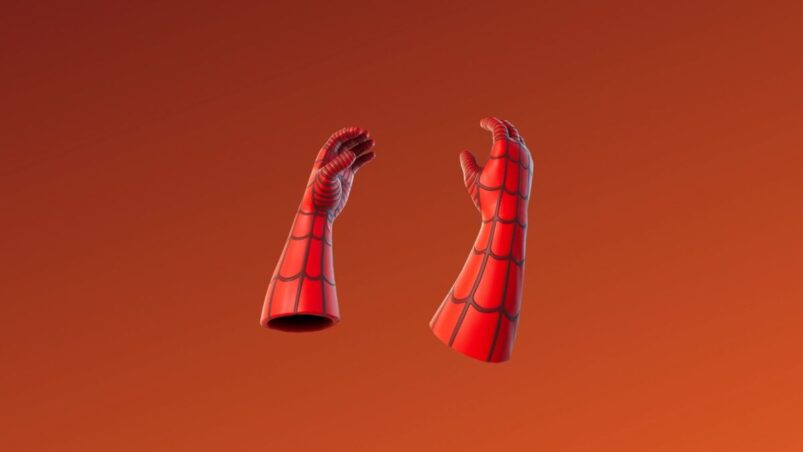 Spider-Man’s Web Shooters are a new item added for Fortnite: Chapter 3 – Season 1, though they were only available from December 11th as part of a content update.

Spider-Man is also a Battle Pass skin for the first season of Chapter 3 and is arguably the biggest superhero the game could get. Fortnite has also got his place of work, The Daily Bugle, as a POI, and it also seems like Mary-Jane and other Spider-Men will be coming to the game too.

Here’s everything you need to know about Spider-Man’s Web Shooters in Fortnite.

How To Use The Web Shooters In Fortnite

Check out the video above for footage of the Web-Shooters in game.

Players are able to point at the environment and then use their fire button to send out a web, which the player can then swing from, not too dissimilar to how The Baller used to work. Players won’t take take fall damage while using the item, but the web can attach to cars and let you “surf” along.

You unfortunately cannot use the Web-Shooters on enemies.

Players can stay in the air for as long as they keep use the Web Shooters, though there will be a cooldown time of roughly 8 seconds every time the player hits the floor without having a web connected to anything.

Be sure to jump at the top of your swing to get maximum air. The Web-Shooters are so good that it’s hard to imagine anyone using a car this season.

Spider-Man’s Web Shooters will be able to be found in backpacks, which are all located on the map above courtesy of Hypex. The Daily Bugle, as expected, has plenty of backpack spawns with 5 chances in total, but you can also find backpacks on some bridges and along rivers; basically anywhere where you find Spider-Man’s giant, bouncy webs. Multiple players in a match will be able to get them.

And here are the Webs Shooters themselves.

However, what’s interesting is that player will also be able to find a regular and Mythic version of the item. The regular Web Shooters have 80 uses, whereas the Mythic will be usable for an unlimited amount of time. Both are available in backpacks.

Spider-Man’s Web Shooters are not yet available in Battle Lab or Creative.