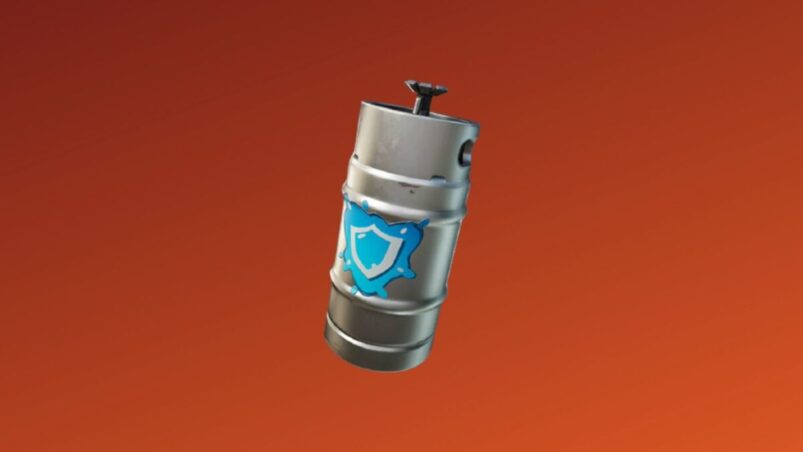 With Winterfest finally winding down in Fortnite, it’s time to return to regularly scheduled content, meaning the introduction of the previously teased Shield Keg (also known as the Shield Sprinkler) after it was patched in with v19.01 and released as part of a content update on January 4th, 2022.

A healing item that “sprinkles” Chug Juice within a vicinity, the Shield Keg was first revealed as part of the Chapter 3 – Season 1 gameplay trailer, but it has taken all this time for it be introduced to the game thanks to Christmas and the way Epic release their updates.

Here’s everything you need to know about the Shield Keg in Fortnite, including where you can find it and what it does.

The Shield Keg is a healing item that works similarly to the Chug Splash in that it heals in a vicinity, though it’s automatic once placed and heals gradually rather than immediately. Really, think of it as a mixture between a Chug Splash and a Campfire.

The Shield Keg is available in a max stack of 2 and will heal 2 health/shield every 0.5 seconds, a maximum of 150 in 30 seconds. Bear in mind that it will heal everyone in its vicinity, meaning that it’s a much better item for Squads and team-based modes.

The Shield Keg is a Rare item, but it does drop everywhere that loot is typically found, including chest, air drops, and just generally on the floor.

However, the Shield Keg can also be purchased from the LT John Llama NPC on the map for 250 Gold Bars. This same NPC also sold the Boom Sniper Rifle. LT John Llama can be found to the southwest of Logjam Lumberyard in a small farm where a general llama also spawns each match.