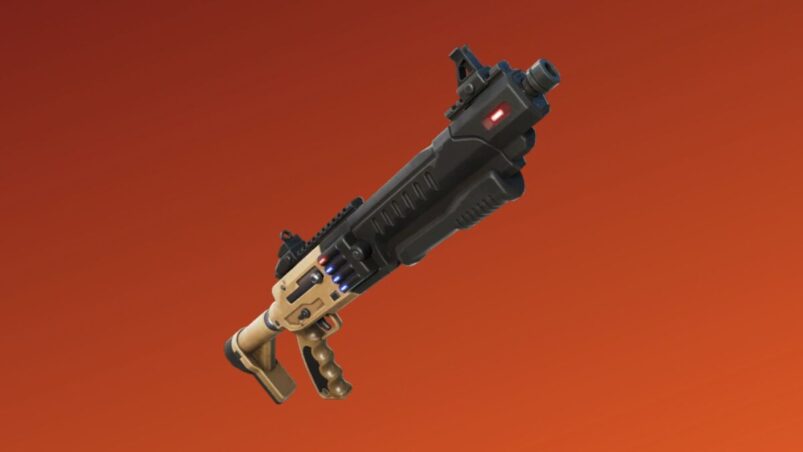 The Prime Shotgun is a shotgun added in Fortnite: v21.30 as part of the summer update.

A unique shotgun that hits fairly hard, the Prime Shotgun is available from Uncommon to Mythic rarity. Its unique twist is that it hits harder on its first shot, the first weapon of its kind with such a quirk.

Here’s everything you ought to know about the Prime Shotgun in Fortnite.

“Semi-Auto shotgun that deals increased damage when the weapon is fully loaded.”

The Prime Shotgun is a big upgrade on the Two-Shot, just based on the stats.

The Prime will hit harder headshots and has a far better reload time, meaning that missing won’t be punished as much. However, its fire rate is slightly lower, but the fact that headshots hit much harder mean that’s going to be more viable for more players.

What’s interesting, however, is how the Prime Shotgun will change depending on how many shells are loaded. When it’s fully loaded, it hits max damage, so it adds a really interesting element where players may feel more pressure to hit their first shots for maximum damage.

Every shot after the first one will do the same damage, with the second shot to fourth having a 40% drop-off in damage if you hit a headshot. So, for instance, if you hit two headshots back to back with the Mythic version, the first shot will do 160 while the second will do closer to 100 damage.

The Prime also does massive damage from afar, seemingly more than the Combat in its prime back in Chapter 1, though it is much slower.

It also seems that the only thing that changes between each rarity is how harder your shots hit, so stuff like fire rate and reload speed isn’t affected.

The Prime Shotgun is a normal weapon that appears everywhere that loot can typically be found.

Look for the Prime in chests, as floor loot, in air drops, supply chests, and just about anywhere across the Island. You can also already find it within Creative.