Here's exactly how we want to turn into FM addicts next year. 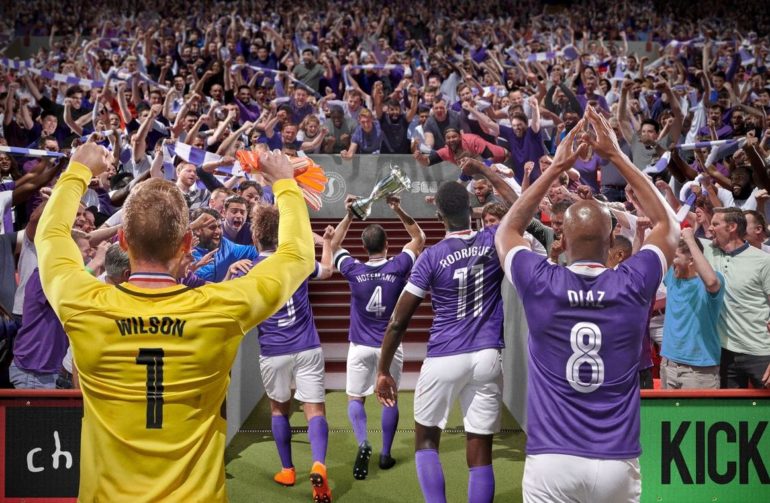 Football Manager is a franchise that will consume your life if you let it. I’ve lost track of the amount of times I’ve glanced at the clock and it’s the early morning, my quest to turn Everton into a powerhouse eating away at my adult responsibilities. While the most recent edition has broadly been a success, there are still some changes for Football Manager 2021 that would go down a storm.

To be clear, Football Manager is already a pretty comprehensive management sim that allows you to micro-manage as much as you want, whether that’s training to the smallest detail or even how many minutes of game time your youth players have while on national duty. However, as an annual release, each new entry isn’t quite as perfect as many of us hope, or at least don’t include some key features from our wishlist, additions that will would make us become one with our PCs.

With Football Manager 2021 due for release sometime in 2020, here are just a few of the new features and changes we’d love to see.

The more hours you spend in Football Manager, the more press conferences turn from a bit of neat immersion to plain annoying distractions. Some of them drag on for what seems like forever, but you’re also asked about stuff that has nothing to do with you.

I don’t care that my third-choice goalkeeper from the first season of my save has now been sacked as Maccabi Tel Aviv manager, nor do I do need to be grilled on my relationship with every manager every single time. Ask me the good stuff, like if I ever take my finger off the continue prompt.

This one really goes without saying. While there’s no denying that FM 2020’s match engine is the most impressive to date, there’s still plenty of work to be done to stop all the nonsense you can come across in a regular match.

As well as tightening up animations so the ball doesn’t ghost through players so often, FM 2021’s match engine should also come with some fixes for what seems to be a regular flow of unbelievable own goals, and also goalkeepers being able to unrealistically respond to saves by seemingly teleporting to the ball.

First off, they are based off opinion, meaning that members of your staff may view players differently. Secondly, if you sign, say, Cristiano Ronaldo, everyone else’s star rating will be dragged down by comparison. Removing star ratings will mean managers now have to properly analyse a player’s stats, adding to the game’s depth.

The Scouting Centre in Football Manager 2020 really is quite the trip. When you’re not at one of the biggest clubs in the world, you will still be recommended to sign the likes of Messi by your scouts with a straight face. Mate, I have a budget of £15.

While you can customise your scouting assignments, some of the nonsensical suggestions still seem to sneak through. As an added part to this, scouts really should stop pretending that they have found a new, previously unheard of wonder when they bring a global superstar like Luis Suarez up.

Goalkeepers in Football Manager are treated about as poorly as Jon Macken when he was left on the bench at Man City so that David James, a goalkeeper, could play up front. The spirit of Macken seems to haunt FM’s goalkeepers, who barely ever scrape past a 7.0 rating.

It’s a beautiful day whenever a goalkeeper gets above a 7 in ratings at the end of a match, and there seems to be no real reason why they never go higher. Your goalkeeper can pull off save after save, maybe even chucking a scorpion kick in for good measure, yet the game never recognises their contribution.

6. Better Reflections of Your Relationships

Football Manager loves to try and stir up trouble between you and other managers, journalists asking you what you think of Sean Dyche, the antagonistic man that he is, so that they may have some gossip. Trouble is, apart from repetitive barbs between you both, there doesn’t seem to be much point to this bickering.

I’m not saying that you should be able to have a parking lot brawl with Sean Dyche, but it would be good to have more effects from a strained relationship with other managers and also players. On a similar note, being best mates with a manager at a smaller club could have some gameplay benefits, perhaps better deals or recommendations from them.

For players, you could maybe even tap them up. Just a little bit. Just a friendly amount of tapping up between pals.

In my current Football Manager save, I have dragged Richarlison from Everton to Inter Milan with me, his years of sacrifice for the Toffees leaving him with pretty much a broken man, but the spirit is still there. I am one of his favourite people in the world and we’ve been through a lot together, though there needs to be a more tangible sense of that.

It would be nice to be able to just chat to players generally, ask them how life is going, if they have any concerns, or if there’s anything they need from you, which would all possibly help their performance on the pitch.

Maybe they could even recommend signing a national counterpart, like agent Richarlison does in real life.