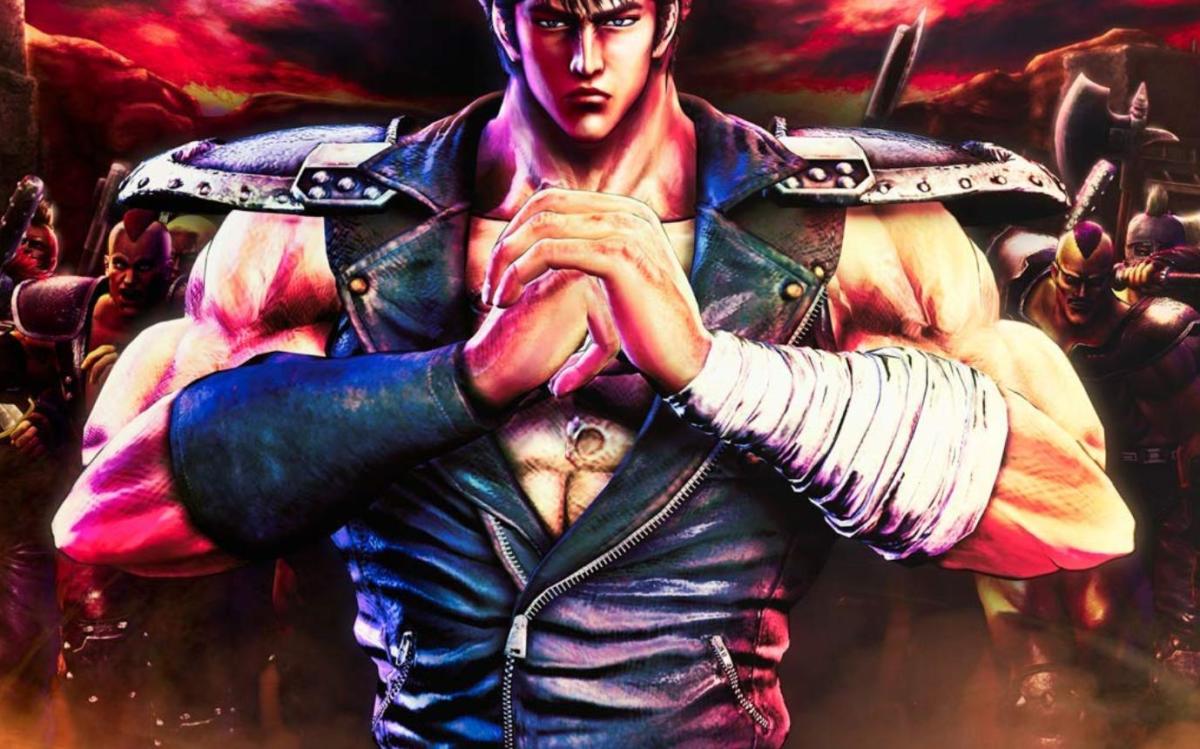 If there was ever a studio that’d be destined to do justice to the Fist of the North Star franchise, it’d be the Ryu Ga Gotoku Studio, responsible for the now widely popular Yakuza series. Yakuza manages to walk that fine line between melodrama and maniacal that Fist of the North Star thrives in, even if North Star goes one step further with the exploding martial arts.

When it was announced that Ryu Ga Gotoku would take their own stab at the series, putting their own unique spin on the tale of Kenshiro, excitement grew. Now that the game is out and available worldwide (finally), has it been worth it? Yes, though it’s not without flaws.

Fist of the North Star: Lost Paradise features an original story centred on a new location, along with some new characters and plot points. However, the game also borrows liberally from the source material to include classic characters like Rei, Toki and Raoh, which should satisfy fans of one of anime’s oldest hits. 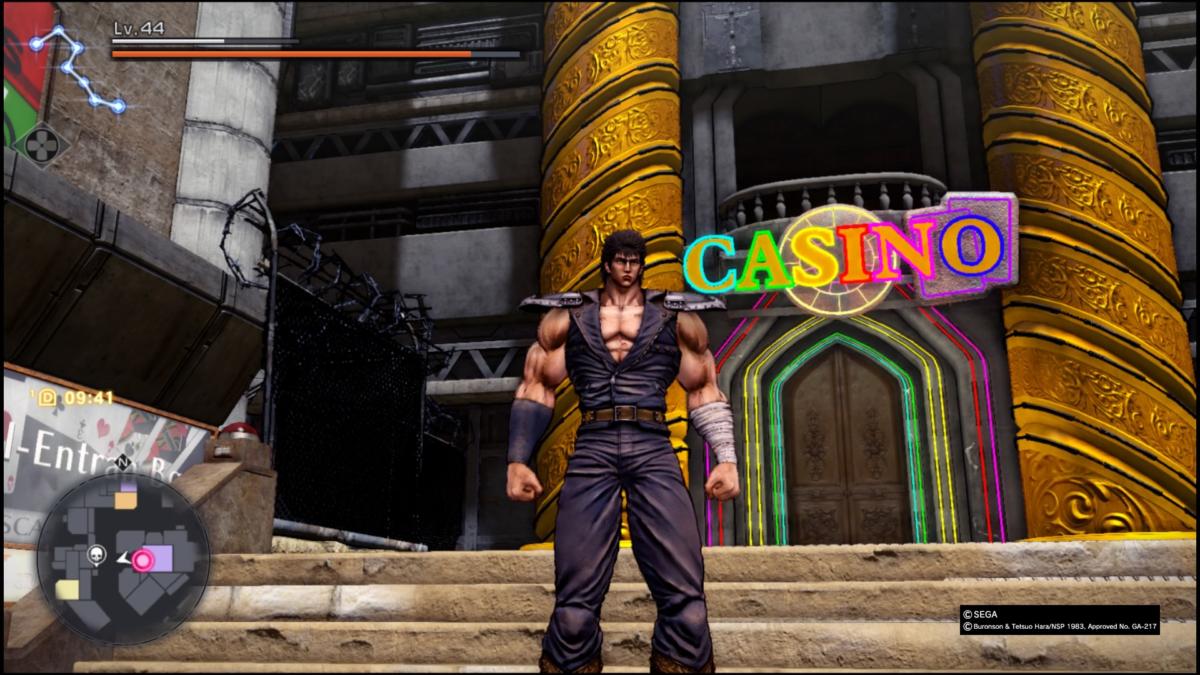 After defeating Shin, Kenshiro wanders the desert in search of his long lost love, Yuria. After receiving word that she was seen heading towards a city called Eden, Ken arrives to find an idyllic respite amidst the dust and decay of the post-apocalypse. Of course, in the world of Fist of the North Star, might makes right, and it’s not long before trouble starts knocking on the front door.

With Yuria somewhere in Eden and bandits threatening to overthrow Xsana, the Holy Maiden of Eden, Kenshiro decides to stick around to protect the city and find more information on his lost fiancé. During his journey, he’ll battle a giant, compete in buggy races, solve the mystery of a seven scarred imposter and make a ton of thugs explode just by poking them.

The storyline itself follows the same paths as the Yakuza series before it, with a developing mystery looming in the background as you go from cutscene to cutscene. It’s all well written though, with the storyline able to pull from different moments in the original series as well. The voice acting is also decent, even in English. Still, we made sure to play with the Japanese voices, just because it felt right.

The writers and characters designers also deserve special mention as the new characters they’ve created don’t feel out of place. To the untrained eye, heroes like Jagre and Xsana, along with the bad guys Ryo-oh and Targa, could have been in the series this whole time, as they’re on par with classic character designs like Rei, Toki, Thouzer and yes, even the mighty Kenshiro. 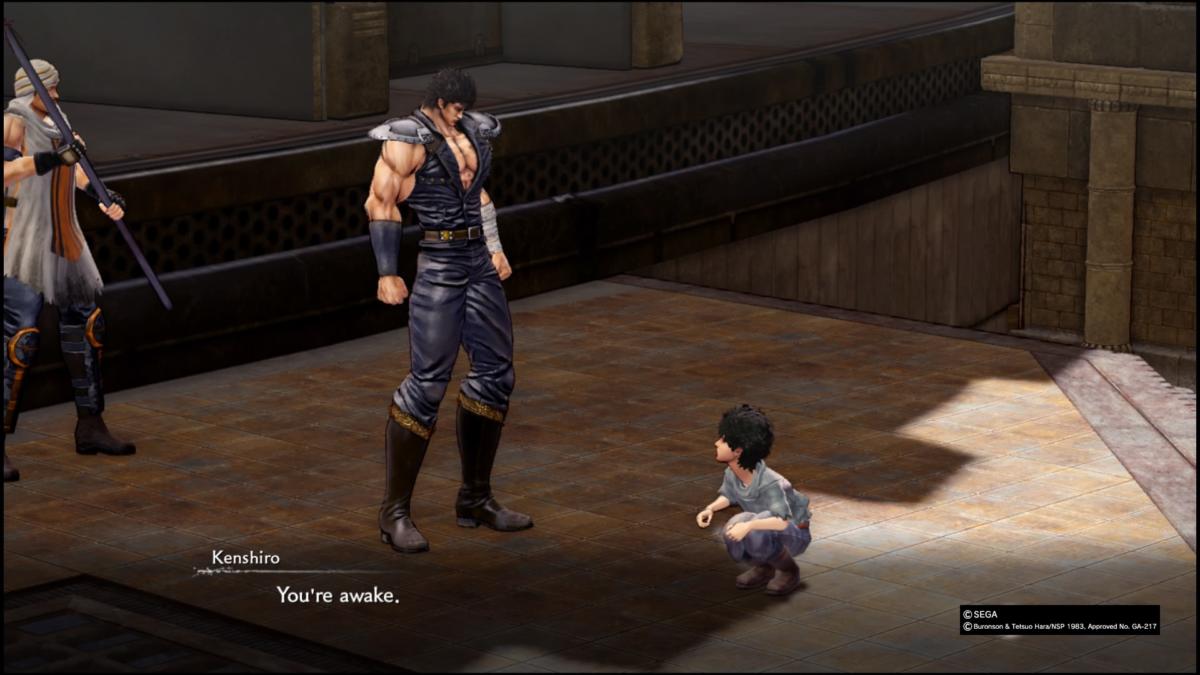 As for the combat, it’s basically the same as Yakuza, albeit with the caveat that Kenshiro is way more overpowered that Kazuma Kiryu. As good as Yakuza Jesus is, Kiryu can’t quite juggle multiple opponents in the air before making them explode like Kenshiro can. It’s a skill that not everyone can possess, after all.

Square and triangle are your light and heavy attacks, and you’re able to perform different by combining those two buttons, while X allows you to quickstep out of harm’s way. Where combat differs is with the circle button, as here it’s used to stun enemies instead of grabbing them by striking their channeling point, putting them into a state of Meridian Shock.

Once they’ve taken enough punishment, hitting circle will put them into a shock state, allowing you to perform secret techniques that decimate your enemies. It’s these techniques that borrow once again from the original series, including moves such as the Hokuto Hundred Fist Rush and the Rocky Mountain Splitting Wave.

The secret techniques function in a similar way to Yakuza’s Heat attacks, except Ken can just launch them whenever an enemy has been stunned instead of waiting for his heat gauge to fill up. It’s a small change, but one that makes a big difference in how the game feels. Coupled with the whole exploding bandits schtick, it makes Ken feel like more of a badass, which in turn makes for a more rewarding action game. 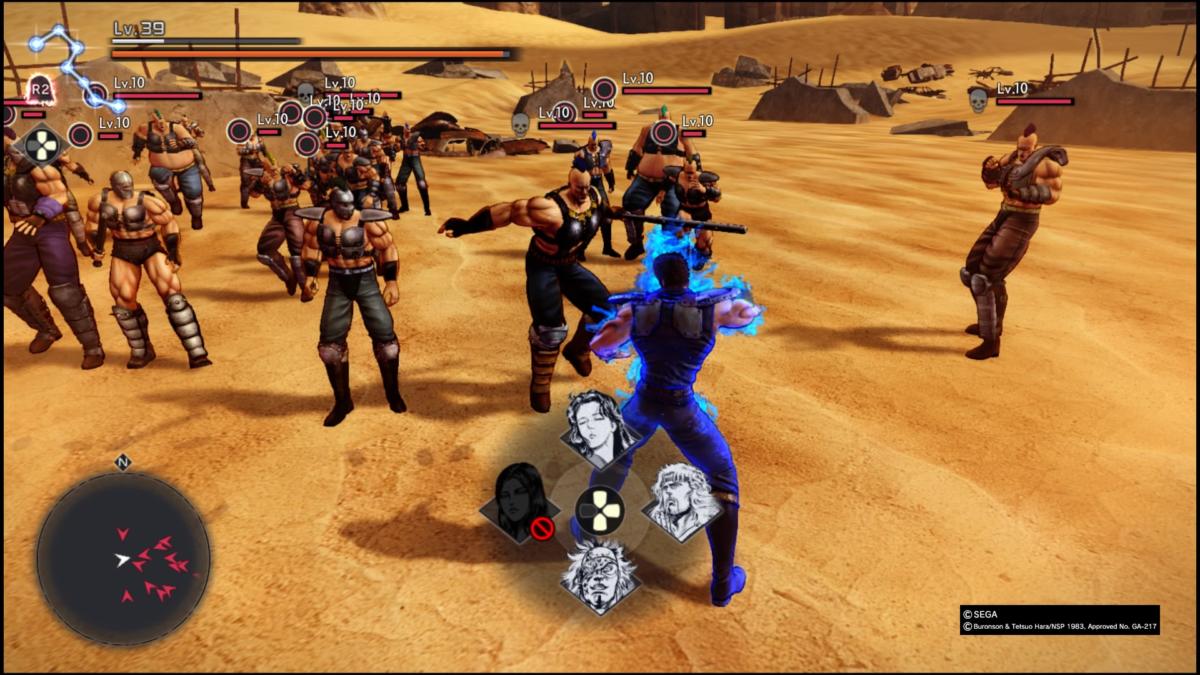 It also clues players in to how bonkers the series actually is, which the game plays up to it in an incredible fashion. As mentioned, pressing the circle button strikes an enemy’s channeling point, but hitting it at the right moment is called a Perfect Channeling, which causes them to immediately explode and let out a death cry. In rare instances, Kenshiro can then grab that death cry and batter even more outlaws with it. It’s completely stupid but you can’t help but smile when it happens.

This bonkers nature translates to the substories and minigames, which also make a return here. The minigames are your usual diversions from the main story, including becoming a bartender, running a clinic and managing a hostess bar. Though the minigames are simplistic, there’s something absorbing about serving patrons from behind a bar that’ll devour hours of your life.

The substories also have some killer highlights, with missions like a committee of pacifists trying to get Kiryu to solve his problems without making people explode in a shower of blood, or Ken using his Hokuto Shinken abilities to perfectly prepare burger for a child. Who knew that “ATATATATATATATATA!” would be an effective method for tenderising meat?

As enjoyable as Fist of the North Star: Lost Paradise is, there’s still some faults here. The substories feel less developed in this game than they did in previous Yakuza games, as certain quests will resolve themselves after a conversation and a fight. They lack the scope that other substories in the Yakuza series have had. 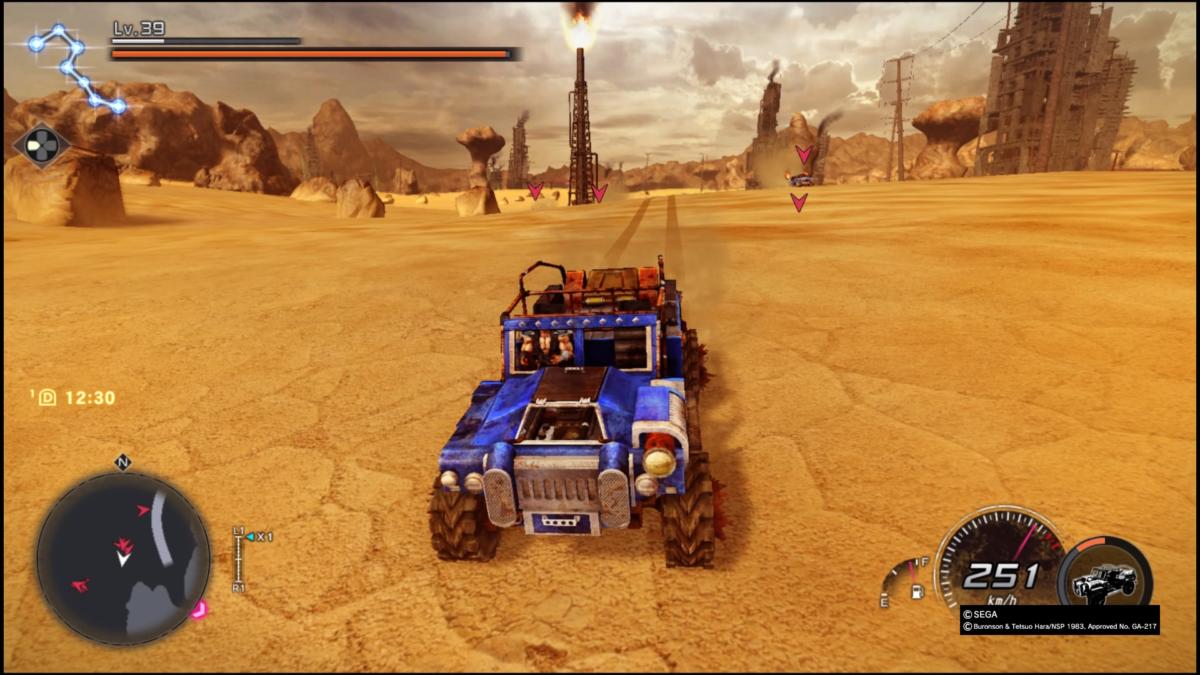 The game also allows you to explore the wastelands in a buggy, but it feels like the most unnecessary addition in the game. The car handling itself makes Crazy Taxi look like Forza Horizon, but the main campaign only uses around half the map, making the rest of it go to waste. Perhaps unnecessary isn’t the right word, but it’s certainly underutilised.

The biggest flaw is one most immediately noticeable by fans of the Yakuza games: the game doesn’t run on the new version of the Dragon Engine. Utilised in Yakuza 6: The Song of Life and Yakuza Kiwami 2, the Dragon Engine improved the formula of the series in several ways, chief among them being the removal of loading times before a fight. Without that engine, it’s hard to escape the feeling that Fist of the North Star: Lost Paradise isn’t what it could have been.

Verdict
Though it feels less developed than the more recent Yakuza offerings, Fist of the North Star: Lost Paradise still provides plenty of head exploding bang for your buck. Microtransactions: None
8