We love this movie. 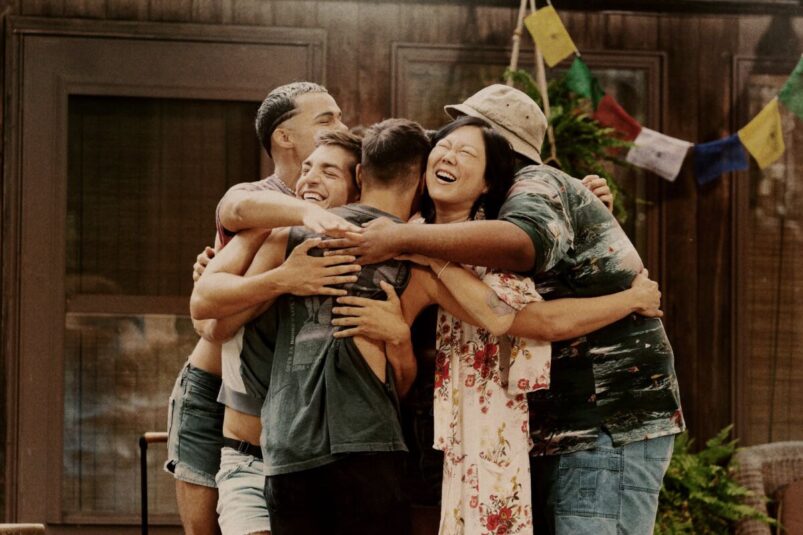 It is a truth universally acknowledged that Jane Austen’s Pride and Prejudice is infinitely adaptable – you just need to know what to do with the story. Fire Island is a perfect example of how to do a proper adaptation, so kudos must be offered here to Joel Kim Booster, who wrote the screenplay. The roots and inspiration are clearly there. We have characters based off the entire Bennett family, the Bingleys, and of course, Mr Darcy himself. Yet, at the same time, the movie’s using those roots to shape something entirely new.

Noah’s (Booster) favourite time of year is heading to fire island with his gay family. They go there to hook up and have fun, as well as spend time together. Given that this may be the last year they make the trip, Noah’s taken it upon himself to make sure his closest friend Howie (Bowen Yang) finds someone for some copulative fun. Howie, on the other hand, doesn’t want a quick fling. He wants romance, courtship, a boombox raised overhead type of love, though he’s reached the point where he despairs of ever finding it.

And then he bumps into Charlie (James Scully), who’s a total catch, but it becomes apparent that they’re from totally different worlds. We may be in the 2020s, hundreds of years after the setting of Austen’s novels, but class differences still exist. As the gang head over to a house at Charlie’s party – reminiscent of the Bennetts attending the first party Bingley throws – the disparity becomes more blatant. Even the alcohol they consume is different.

We meet Will (Conrad Ricamora), Charlie’s friend, who’s kind of aloof and separate from everyone else. Much like how Elisabeth overhears Darcy’s quips about her family and how she’s not “handsome enough to tempt” him, Will says something to similar effect, which hurts Noah’s pride and creates conflict between them. The scenes between Booster and Ricamora are probably the best parts of the movie. The two have blazing physical chemistry, and their conversations are rife with witty banter and humour.

Fire Island has a few similar set pieces to the 2005 adaptation of Pride and Prejudice, like the confession in the rain and the dance scene, even the ending has similar visuals to what we got in the Joe Wright version. Don’t get me wrong, it’s not a copy/paste job. Far from it, the ideas explored in these various scenes are not the same. Noah is not Elizabeth, and Will is not Darcy. Noah, more than anything, desires to belong, but is afraid to put himself out there for fear of being rejected. Instead, he finds it easier to indulge in these quick flings than allow himself to be vulnerable in a relationship. And yes, Will is quick to form a prejudiced opinion, but he’s also far more vulnerable and open than Darcy allows himself to be.

Since this is a rom-com, there is of course a musical performance, which was quite enjoyable. Yang is incredibly funny, and brings such Jane Bennett energy in his relationship with Noah. The only weak part is the Dex (Zane Phillips) subplot, whose actions can’t quite match the scale of what Wickham did in the original novel. The whole thing is also quite easily resolved, so Will’s actions don’t seem quite as tremendous in comparison.

But then again, Fire Island isn’t about a stroll into happily ever after. The movie makes it clear that these unions exist in the now, and there aren’t any plans for marriage or even monogamous relationships. Does it matter? After all, relationships don’t have to last forever in order to mean something. Maybe that should be the truth we universally acknowledge. 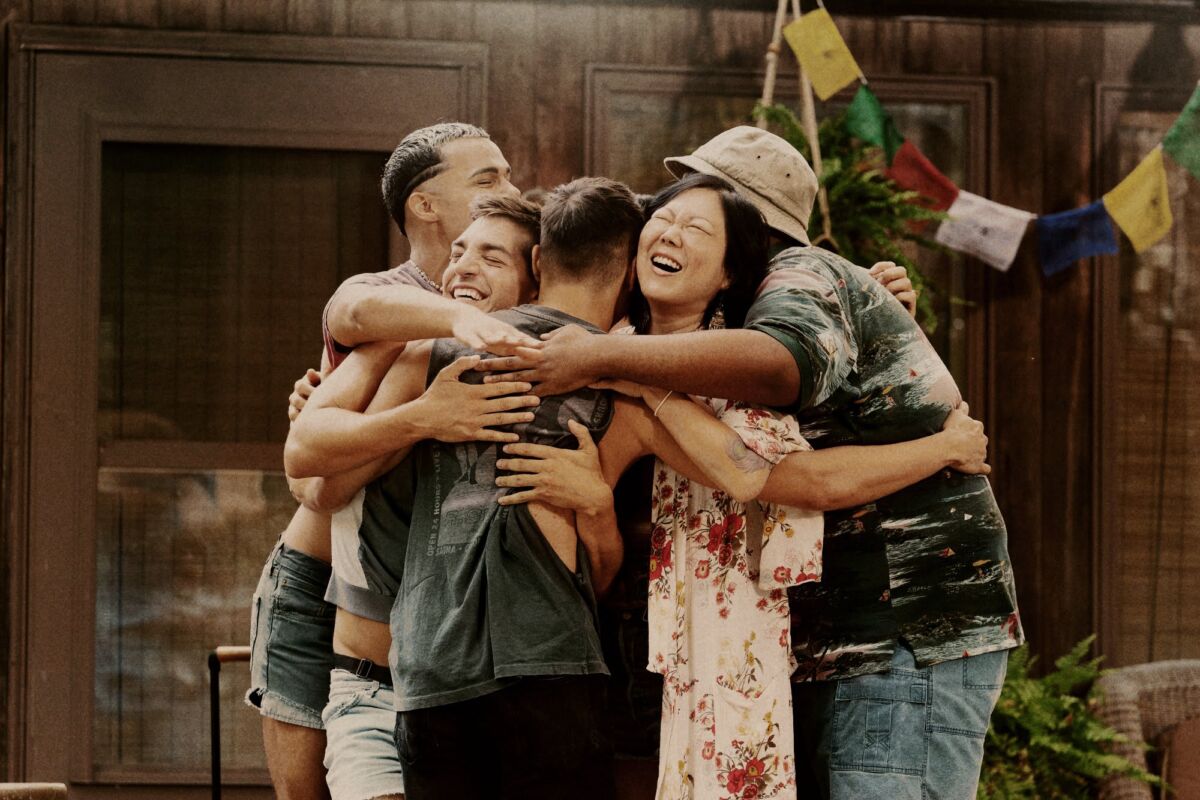 Verdict
The storytelling in Fire Island is honest, sincere and nuanced, using the roots of Austen's novel to build something familiar yet completely different.
8
Cultured Vultures is a pop culture website established in 2013 covering all things gaming, movies, and more. We eat your words.
All The News On The Biggest Games