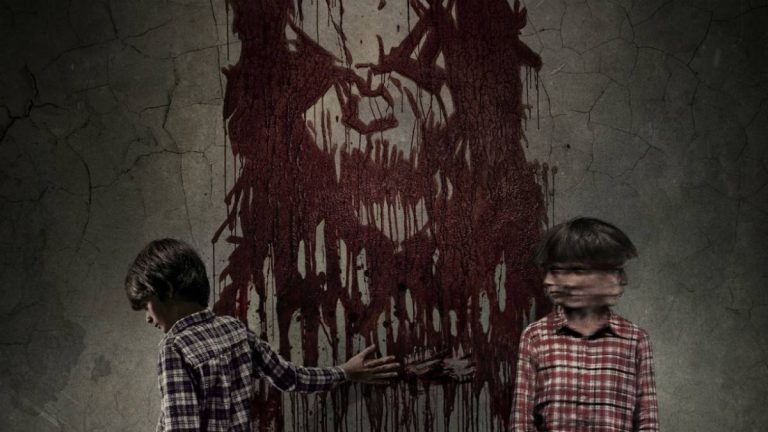 I’m sure that anyone who’s significantly interested in horror movies will agree with me and my experience of Sinister 2. The horrific, ghastly, gruesome, extermination of families kept me on the edge of my seat with my eyes wide open. My heart ticked like a time bomb waiting to see what happens next, while my imagination ran away to be replaced by cold-blooded barbaric images. The movie is just as good as the first one except, this one’s more obnoxious.

No gimmicks for a horror movie; no drop faces as if to say, “What kind of horror movie is this?” It gives you insatiable feelings because it’s real as it gets, and I find myself within this movie like someone in the cinema is going to jump out of their seat, tie me up and slaughter me, with spritzes of blood from my neck all over the room.

So much for an imagination huh? But it just doesn’t feel like mine, I’m not in control of what my mind visions next, and the tension forever builds throughout the movie. Those tapes that are played over and over again with Dylan (Robert Daniel Sloan), slowly getting yanked into the foul play with the devious children manages to free himself ignorant of his strength. However, his brother Zach (Dartanian Sloan) believes he is the strong one but, how ironic is it that he manages to get roped into fulfil Bughuul’s scheme? I’m glad that Zach managed to send his dad up in flames, that vile man which represents a diabolica; human being deserved to be exterminated for his menacing tendencies towards his wife Courtney (Shannyn Sossamon).

This is one of the best horror movies I have seen within the last 3 years, and I had to give the first one a round of applause for satisfying my thirst for good horror flicks. Not to mention that I regard many of them in this day and age to be “not as good”. It’s like a walk in the park, with no suspension or thrill but Sinister 2 gives me thrills; I’m sure it will give you thrills too. That’s why this movie empowers and heightens my mind with a sadistic response.

Not many movies live to tell the grisly tale, or are your worst nightmare, there’s usually a psychological twist to the mind that should leave you grasping for your inner breath while your heart beats yet, most horror movies give you the feeling of a tedious frightful journey that is full of colourful flowers; making it not scary enough, unlike this pleasurable piece of art. Yes, I did say art and only because it’s a piece of creativity that helps you sleep at night knowing that you have once again, watched something to put your mind at rest. Now call me demented but that’s how a great visual gets you going.

I liked the fact that in this one, we see the dead children constantly interacting with the kids, why? Because it gives the movie a more realistic characteristic of Bughuul’s objective, whereas in the first one, we were left wondering how the kids are being influenced by Bughuul to kill their family members if it wasn’t him doing the evil deeds. Now it all made sense; using kids to collect kids was the motto and a great idea to trail off into this sequel, rather than an off-scale story line that holds no meaning to the first Sinister.

The movie does what it says. Sinister 2 is all about the feeling that something evil, menacing, and disturbing will happen; that’s what it literally leaves you hoping for. Not that you will think like this in a real life situation; or maybe you will, who knows? All laughs aside, But more for entertainment purposes.