FIFA 23: How To Change National Team Squads & Call Up Players 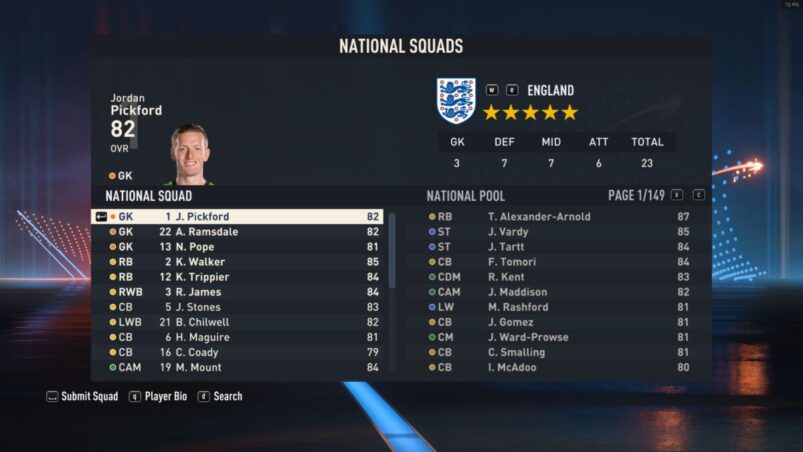 FIFA 23 is one of the biggest football games of all time, with countless teams to play as across the world. You can even change the national team squads to give a call-up to whoever you think might be getting overlooked.

From here, you will be able to call-up anyone of the same nationality to the national team, though you can only have 23 players in one national team squad, meaning that you will have to replace someone who is already in the squad.

England are one of the national teams who you may want to change the most, as they have players like Jamie Vardy (85), Tomori (84) and Alexander-Arnold (87) all not a part of the squad, despite being great players. You can even put in Jamie Tartt from Ted Lasso, if you so wish.

Remember to reset all squads if you want to revert any changes you have made.