F Is For Family: Season 5 REVIEW – F Is For Swansong

Bill Burr's go at the animated sitcom goes out on a high note. 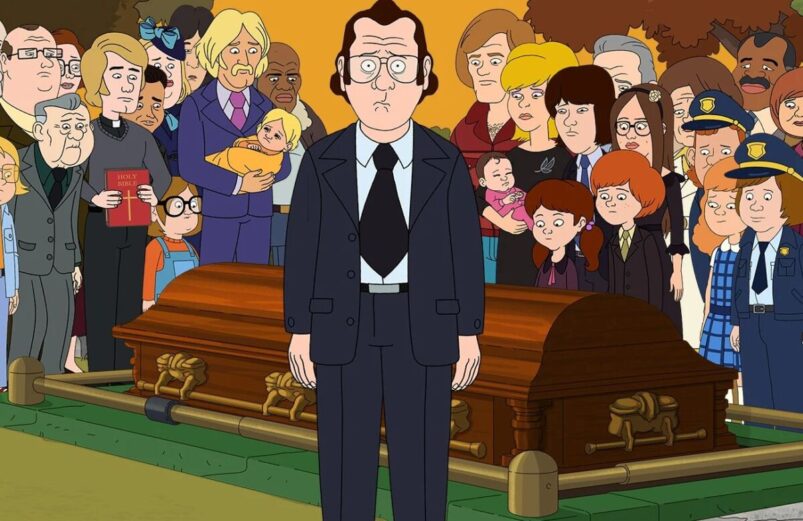 F Is For Family S5

If the name didn’t give it away, the humour of F Is For Family has its share of lowest-common-denominator stuff – it rarely misses an opportunity to involve a knob or plop in proceedings. But while this is something you can get from pretty well any animated comedy, what’s rarer, and what F Is For Family does, is tie it all into one cohesive plotline.

Particularly impressive is the fact it does this over entire season arcs, which bar a few notable exceptions generally isn’t done in this type of show. South Park had its own go at moving into season-length plotlines, with questionable results – though they have their own perennial disadvantage of corset-tight deadlines rather than animation’s usual months-long turnaround process.

When F Is For Family tackles this form of storytelling, it’s always achieved – and still does – a nice balance between the episodic and the longer story arcs, without having to fall back on the ‘running joke’ (these days generally an excuse for using the same gag ten times). The moment-to-moment comedy isn’t stuff that could have come out of any writer’s room crudely spot-welded to a narrative it has nothing to do with.

All told, the baser humour is a disappointment – not because it’s wielded particularly badly, but because F Is For Family manages to be far funnier when it’s forcing the hapless Murphys into some depraved moral compromise. There’s always that wonderful moment of dawning awareness when you realise just what it is they’re about to do, without needing to unveil a single genital or set off a single toilet flush.

But then, this is the show playing on two levels. Lowest-common-denominator may be a phrase that’s used as backhanded disdain, but it also means what it says — it’s crowd-pleasing stuff. And here, for once, when the mass audiences get through the door they’re treated to something with a bit of substance, rather than an endless, lazy stream of vulgar non-sequiturs.

As South Park aged, its focus shifted, and F Is For Family has gone through a similar evolution – very similar, in that the kids are no longer front and centre. They still get their own plotlines, but as frontrunners have largely been usurped by some of the more robust ancillary characters, in particular airport concierge-turned-alderman Rosie, who by now is practically the deuteragonist.

I say ‘practically’ because there’s several strong candidates for the role. And curiously, none of them are Bill, the obvious stand-in for creator Bill Burr. In fact, the show’s been accumulating more dramatic personae at quite a rate of knots – which does sometimes feel like it’s straining at the seams when it has to flip between five or six different perspectives and plots in the one episode.

Although the show never loses the plot completely, it’s a lot to keep track of – and if you have a favourite, you may find your time with them disappointingly bite-sized. Perhaps by necessity, this season’s strongest additions (both, interestingly, amiable soft-voiced men) are those who slot comfortably into the dynamics of existing characters, rather than demanding a storyline all of their own.

And to be sure, F Is For Family has not been going for so long and reached sufficient depths of self-indulgence that it’s lost all perspective of which characters should and shouldn’t be given the spotlight. Comedy grotesques Goomer and Pogo both occupy the appropriate level of background prominence, and they never present us with some overlong, in-depth background story that we’re seriously asked to sit down and try to care about.

This is something that The Simpsons increasingly fell prey to in its latter years, giving spotlight episodes to one-joke characters who really didn’t have the substance for it. And really, it’s impossible to evaluate any modern animated sitcom without reference to The Simpsons, let alone one like F Is For Family, based around a nuclear family in middle America.

In particular, F Is For Family has always taken aim at the same sacred cow, the suburban family with 3.5 children, a breadwinner father, and a stay-at-home mother. But, again, it’s doing so over much longer plot arcs than the yellow family who are the template for our current glut of animated comedies, who themselves have never dipped a toe in anything more elaborate than the occasional two-parter.

For the same reasons, it does by definition find itself dealing with some familiar, low-key subjects. The teenage son has fumbling relationship troubles, the mother has to get members of the family who hate each other to attend the same Thanksgiving, slice-of-life stuff that can only be saved by its execution.

All this, of course, butts its head up against a perennial rule of comedy, that people behaving nicely is a lot less funny than having them behave in the most beastly way imaginable. So in observing the broadly sympathetic Murphys, one is inevitably torn between wanting them to be better, as they struggle to be, and not wanting them to stop bringing the funnies.

The Simpsons didn’t have this problem in the same way, because of its more episodic nature. They could have all the epiphanies they liked, since by next week they’d be smash bang right back to where they were previously. F Is For Family is one ongoing concern, and as such is in a constant state of tension between its established dynamics and not letting it all wear thin.

There’s a sense of finality to this season of F Is For Family, not merely because a grimly large percentage of the episodes end with a memorial for someone who had once worked on the show, but because so much of it seems to be coming to a conclusion (and sure enough, when I checked it turned out this was the last season). To put it simply, there’s only so many times Frank can learn the same lessons, which are mostly along the lines of Philip Larkin’s immortal verse ‘they fuck you up, your mum and dad’.

(To make the obvious joke, F is not just for family.)

Last season, I was already noting that the show was leaning very hard on the note of Frank turning into his own father. Up against the actual presence of Frank’s father, this seemed like nothing so much as the Marx brothers doing the mirror routine – but after the man’s death, there’s a bitter poignancy to it. As, too, there is to Frank’s growing awareness of it and fumbling to be better.

But as your real case exemplar of things coming full circle and wrapping up – I once wrote that Frank’s eternally better-off neighbour Vic had a feet of clay moment in the first season, when he confessed that he was jealous of the Murphys’ family togetherness at Christmas. This time around, Vic shares Christmas with his own child. It has the air of facing the curtain with a bow. 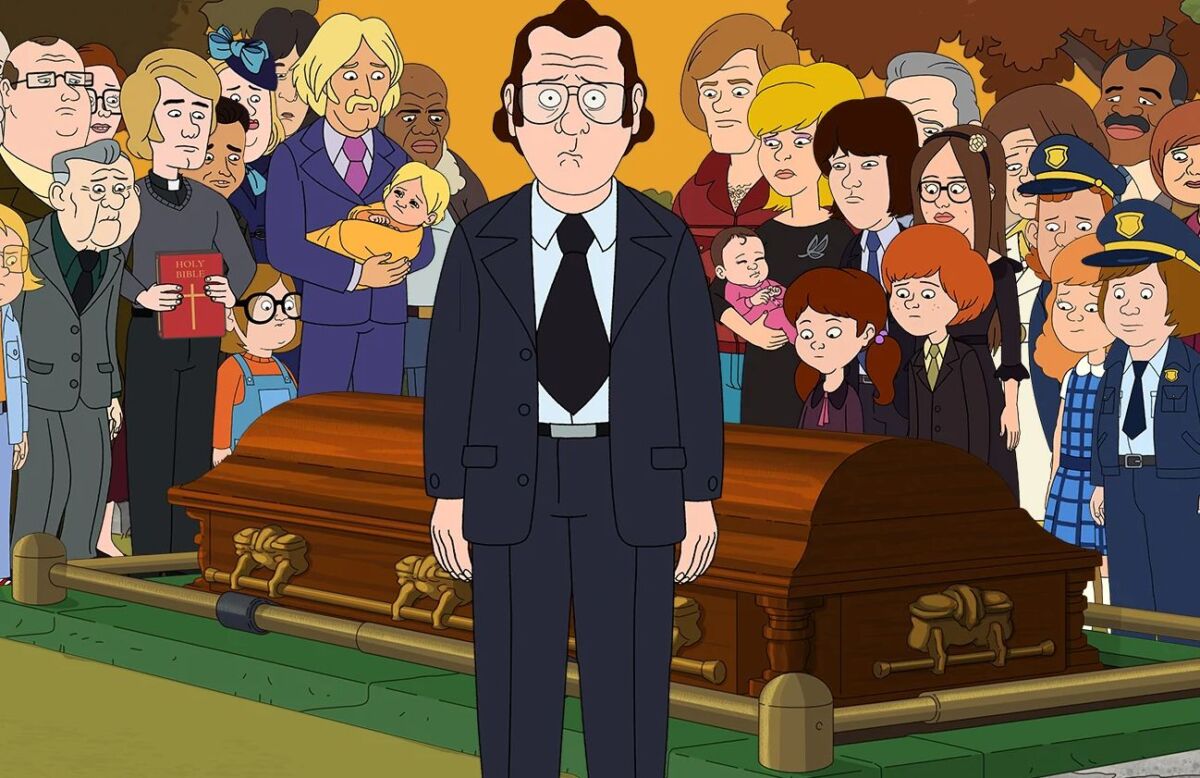 Verdict
F Is For Family has the occasional too-easy gag, but as a whole it's been a standout among animated sitcoms - mucky without being tiresome, wholesome when it needs to be, and crucially able to conjure laughter.
8.5
Cultured Vultures is a pop culture website established in 2013 covering all things gaming, movies, and more. We eat your words.
All The News On The Biggest Games