Home
TV
Excited for the new season of Doctor Who yet?
TV
·4 min read

Excited for the new season of Doctor Who yet? 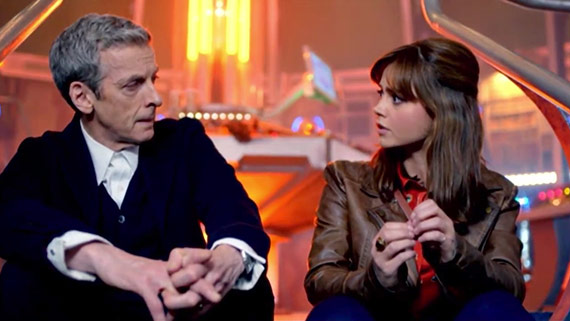 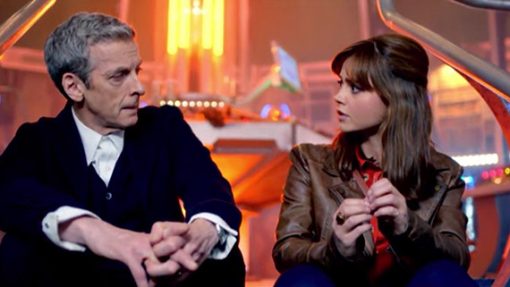 Ok, I confess. I have been an avid Whovian since a young age. When I was little, I was terrified of construction vehicles.  I got over my fear by convincing myself they were enemies on Doctor Who and that the TARDIS would be waiting around the corner if there was any trouble.

But bias aside… you really should be excited by the next season of Doctor Who. Why? Well I’ll tell you. But first, if you haven’t already, check out the new trailer:

In the days of new Who, we’ve had a lot of trendy doctors. Youngish lads with a certain charm and charisma that makes them almost certainly fanciable to a large percentage of the female viewers. (Incidentally, David Tennant, if you happen to read this… I’m not single, but for you I could be ;) ).

However, with the casting of Capaldi the trend has been bucked. Capaldi is 56 and although charming in his own right, at my age, I won’t be throwing soaking knickers at him any day. The trailer shows that we’re heading into an exploration of the Doctor’s morality. He is a man that has destroyed, a man that has saved.. and, well technically not a man at all.. so there is lots and lots of scope for exploring one of tvs most interesting characters here. I found myself reminded of the darker Eccleston doctor who was living in the aftermath of the Time war.

In the trailer, The Doctor asks, “Am I a good man?”

I, for one, am looking forward to finding out.

So I guess this is a bit like saying “because the grass is green”. What would Doctor Who be without his arch nemesis the Daleks? Personally, I find them riveting. The Daleks first appeared in 1963 and by their very nature they are a hard character to develop. More often than not, what makes us stay interested in a character is how they change and grow and although there has been some changes over the years the personalities are very much akin to how they were (although the hatred of the Doctor has very well become more personal).

Yet they are still utterly and completely terrifying.

For that, they deserve a watch. For haunting the nightmares of children everywhere for over 50 years. EXTERMINAAAATE.

Yes, the trailer was jam packed with- wait a minute… was that a mother flipping DINOSAUR? In LONDON?! I just… I… I need a moment to process this.

(Stacey sits back from keyboard and makes a cup of tea)

Ahem. Yes. SO, as I was saying. There are all sorts of exciting new monsters coming up, including a dinosaur.

At 0:27 we have some sort of cyborgy (what? It’s a word..) looking character with a flamethrower for a hand. I must say I find the design of him very pretty. I imagine he will be quite a sinister character to watch.

At 0:28 we have a robot looking character who looks to be miniature but possibly inhuman enough to be quite deadly. (S)He appears to have some sort of breathing apparatus so I wonder what that’s about. Kind of hoping it suggests more space adventures. That is what the S is for afterall.

At 0:29 we have an astronaut that couldn’t go to specsavers. Again this is further hinting of more space adventures. I personally think this guy looks quite friendly… you know for a weird bug eyed creature. So I’ll feel really bad if I’ve put him in the monsters section and he’s actually nice.

At 0:40 we have…A DINOSAUR. I don’t feel I need to expand on this one. And alright technically they’re an old monster… but Dinosaurs man, Dinosaurs…

At 0:43 the tin man still hasn’t found his heart. I’m actually quite unsure about this one. Looked very familiar to me and I’m not sure if it’s original Who that I’ve missed or what. At first I thought it was an old style Cyberman- they used to give me the willies (ED: hahaha, what a word.)!

Either way, it looks very, very scary and I can sense more hide-behind-a-pillow type episodes with this particular creation.

Was that a Vastra I spied at 0:38? I for one hope so! I think she’s a brilliant character, kick ass, steadfast, lesbian female. Fantastic.

Of course, there was also lots of Clara to be seen. Personally, I’m not a huge fan of Clara, but hey if a spunky Cbeebies presenter is your cup of tea then you should definitely keep watching.

5. The TARDIS gets a makeover again

Plus, of course, there will be all the usual, exciting plot twists. So go on, tune in on the 23rd August.

The TARDIS is waiting.