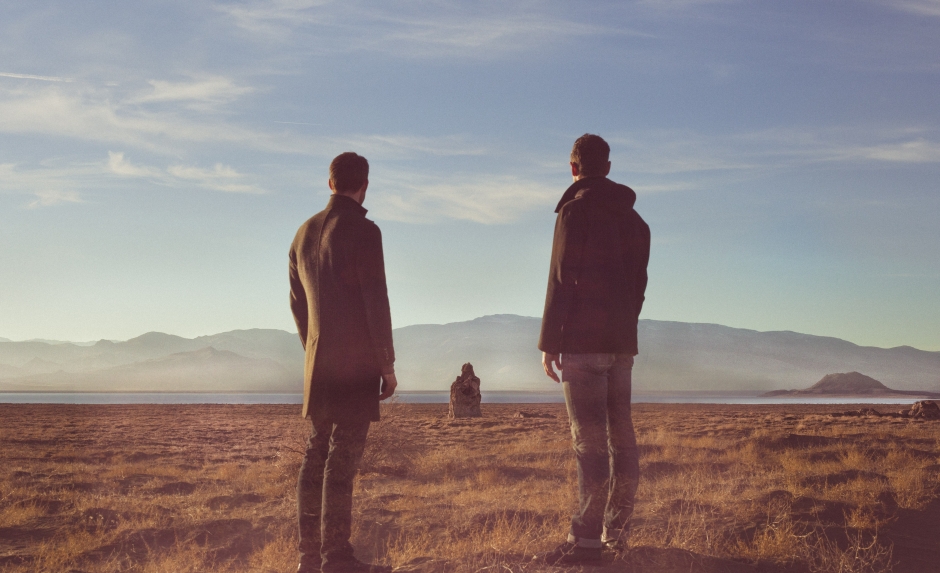 Scott Hansen remains one of the most interesting figures not only in ambient music, but in visual art, as well as any convergences of the two which he’s undertaken in the past. When he’s working with photographs and digital design, he’s ISO50, but sonically, he’s been Tycho for the past 14 years or so.

Initially, he was very much under the radar, but with each new release he’s risen to greater and greater prominence, especially in the last 5 years, during which he’s released 3 full length studio albums – Dive, Awake, and Epoch. The latter, which came out only a few months ago, actually won him a Grammy nomination for best dance/electronic album, placing him alongside the likes of Underworld, Flume, Louis Vega and Jean-Michel Jarre.

Whether or not he actually ends up winning is kind of a irrelevant, it’s a sign that this kind of introspective ambient music, which draws influence from everything from video games to 80 synthpop to post-rock to, well, the Earth itself, is gaining more recognition. Meditative music is very in right now, and while artists like Bonobo and Jon Hopkins might be more well-known, Tycho has been quietly leading the charge, and you need only examine the trilogy of LPs he’s made with Ghostly International to see how that happened.

Strictly speaking, Dive wasn’t the first release under the Tycho name, that was 2006’s Past is Prologue, which was released independently under the title ‘Sunrise Projector’ in 2004, before being renamed and re-released by Merck Records in 2006. It had a warm reception, but was plagued by distribution issues, as Merck went under not long after it was released. It wasn’t until 2010 that Ghostly picked it up and put it out once again.

Thus the partnership which helped Tycho bloom was born. A year later, Dive was released, and from the moment you hear the opening tones of ‘A Walk’, the perfectly titled opening track, you know you’re in for something very special. It’s a remarkably consistent, distinct album which beautifully thumbs the fold between relaxing ambience and strong, energising beats. It’s entirely possible to listen to it and come away completely amped, or ready for bed.

In this sense, reviewers didn’t seem to know how to categorise it, with comparisons ranging all the way from Tory Y Moi to Boards of Canada to M83. The one consistently agreed thing was that it was great, and it ended up ranking as the 3rd best electronic album on PopMatters.

As you can see from the cover, Hansen decided to keep a certain amount of visual consistency as well as sonic, which makes sense, given his background. In the 3 years between the two albums, Hansen toured extensively with bassist Zac Brown and drummer Rory O’Connor, turning what had previously been a recorded artefact into a fully instrumented (and audio visual) experience. The performances were so well received that Hansen decided to turn Tycho from a singular into a plural, and thus brought both Brown and O’Connor in to work with him on Awake.

It shows, Awake feels far more like an instrumental album than an electronic one. All the dusky tones synonymous with Dive are present and correct, but the drumming is more crisp, the guitar is further forward and the peaks and troughs sound almost like something you’d hear from Explosions in the Sky, Hammock or Tortoise. This blending of ambient electronic and rock sensibilities was gaining a lot of ground at the time, and Awake took it further still.

The album received similarly favourable reviews, but no notable accolades. Oddly enough, PopMatters were far less kind to it than they’d been to Dive, going so far as to call the middle part of the album “sleep inducing and utterly directionless”. I don’t necessarily agree with that, but I will say that Awake does feel more transitional. Dive represented Hansen swimming in comfortable waters, but in Awake he tested himself, arranging original music to be played by three musicians in a studio, rather than just himself. If it’s a little rough around the edges, it needed to be so that Hansen could settle into a new approach…

With Epoch we see the same sun-like sphere which rises on the cover of Dive and hangs on the cover of Awake shrinking away. Even the name recalls the idea of dusk, of things passing over. It’s also worth noting that, with each consective release, the artwork has become more minimal, limiting the colour palette and the number of different shapes. This is also very telling, in its own way.

Every Tycho album opener gives you a certain sense of what you’re in for, and Epoch’s ‘Glider’ is a stunning, rising wave of plucking guitars, thumping drums and pulsating synths. It’s warm, uplifting and energising, and it feels like the logical culmination of everything that’s come before.

After Awake Tycho’s live shows went from lauded to legendary, and his upcoming European tour is already selling out venues, even though it’s not for another 3 months or so. Epoch was dropped almost completely by surprise less than two weeks after the title track was premiered, sending their now sizeable fanbase into a frenzy, and even now, months later, the dust hasn’t settled, especially given the Grammy nomination.

If Awake toyed with the idea of moving away from ambience, Epoch shrugs it off almost entirely, showing just how much Hansen has developed as a musician and an arranger across the 3 albums. When Dive came out, people talked about what Tycho sounded like, with Epoch, the Tycho sound has been established in a category unto itself. As such, the album has garnered more favourable reviews than any previous release, and I would agree with the consensus that it’s their strongest release yet.

It’s always interesting to chart the development of a musical project, but with Tycho you can actually trace the evolution of the sound so clearly that it’s almost like taking a glimpse into Hansen’s mind. Now that the sun is setting, it will be interesting to see if he decides to keep the project rolling, or move on to something new, but I’m sure in either case the result will surprise and amaze us.