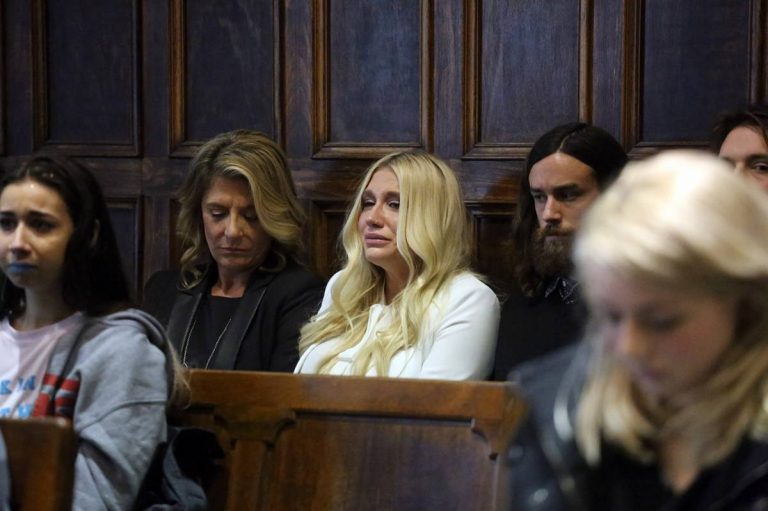 TW: This article heavily discusses rape, abuse and the failings of the legal system.

On Friday, Kesha began trending all over social media. Normally, I wouldn’t be inclined to read about a popstar I’m not particularly fond of, but this one caught my eye, before shocking and horrifying me.

If you haven’t seen what’s been happening, here is a brief rundown.

In 2014, Kesha instigated legal proceedings against her producer Dr. Luke, founder of Kemosabe Records, Kesha’s music label, under the Sony umbrella. Kesha claims that she was drugged, raped, and abused by Dr Luke and has been seeking an injunction, allowing her to record with other labels. Currently, she must only record with Kemosabe and is expected to produce another 6 albums before she could move on. Dr. Luke and Sony have said that Kesha has been given permission to record without Dr Luke’s presence, and have cited the financial damage that would be done to Sony should Kesha be able to leave the contract. Also, a counter-case has been made against Kesha, saying that she has made up the claims to get out of a contract gone stale. For more information on the situation, check out Rolling Stone  or log on to your social media accounts for an endless stream of stories on the case.

The whole situation has highlighted, for me at least, two incredibly serious issues. Firstly, the way we view abuse and secondly, the way the legal system treats those in the music industry.

The articles I have read have repeatedly cited a lack of evidence to support Kesha’s case. Let me tell you right here, right now; in most cases of abuse, there isn’t significant physical or medical evidence. If you think that is the case, stop and actually take a look at what abuse actually is. Say traces of DNA are found inside a woman after a rape claim, how do you discern who is telling the truth when one says it was consensual and one says it wasn’t?

We have a terrifying tendency in the modern world to polarize abuse. We see things with a Disneyfied sense of innocent, fragile princesses and evil villains, and sorry, but that’s not the case. Abuse is complicated. It’s so fucking complicated. I mean yes, at the gritty bones of it, going out and hurting others is not ok, but the how’s, the who’s, the why’s; they’re endless. Factor in heightened emotional states and getting to the truth of what’s happened is nigh on impossible, even if you were there and involved.

I could go out and tell people my own story with abuse and people would immediately conjure up ideas of who this person was who did things and the roles that we played. I was far from innocent and, it’s not nice to think about, but I could say things and be lying. I could be not telling the truth out of maliciousness, or I could be telling what I perceive to be the truth; unintentionally being dishonest, because being in a state of fight or flight will drastically change how we view a situation – we can read in things that aren’t there. Basically, you can’t 100% state that abuse has happened unless you were there and saw it, and even then you could have missed something – maybe she came at him with a knife? Maybe she had been sexually abusing him for the past 18 months? In either case, yes, the violence is still wrong, but you have to take into account her actions too. You just don’t know.

Relying on physical evidence can be a very damning way of working when you’re dealing with abuse. Please don’t mistake me on this, when you’re looking at CCTV images and ER reports that show the physical damage that somebody has received at the hands of another, you have evidence that a crime has been committed and that person should receive appropriate sentencing. But more often than not, cases of abuse have more subtle nuances and it’s incredibly difficult to prove instances of emotional and sexual abuse, particularly in long standing relationships.

The only thing that I believe you can do is look at the immediate, and long term, safety and well being of those involved, because these are things that you can start to get facts on, they are things you can quantify and work towards, but you can’t do that with past emotions and scenarios in the same way. For example, when I say I don’t feel safe around my ex, I don’t want people to believe all sorts of horrible and sordid parts of my history, I want people to believe that I am currently in a vulnerable position and need appropriate safeguarding. I think we should look at it more like a risk assessment: “the danger a person is in” vs. “the impact on emotional well being if the scenario doesn’t change “. In Kesha’s case we have no way of knowing what actually happened or whether it could happen again, but the impact of being stuck in this contract and environment is devastating for her, causing her serious emotional harm . That is a fact, and something that could (and should) be acted on. We can’t say what happened previously in terms of facts but we can take someone from a harmful situation.

But of course this brings us back to the second issue. The way the legal system treats artists in the music world. Legally speaking, the judge’s ruling that Kesha mustn’t leave her contract is correct; Manhattan Supreme Court Justice Shirley Kornreich has said, “granting the singer’s request to nullify her deal would undermine the state’s laws governing contracts and the court couldn’t do that.” This essentially means that in the eyes of the law, in the music industry you’re not a human anymore, you’re a piece of paper – an object.  In any other industry, you would be able to leave your job and find another, which isn’t something to be trivialised, but it is a way to safety. Kesha must now choose between her safety/wellbeing and having a job.  Something no human being should have to do.

It’s not about whether she was or wasn’t abused, it’s about everyone’s right to work in a safe environment and clearly one that causes so much emotional harm is not a safe one. Regardless of what happened, the notion of Dr Luke not being present in the studio as a solution is idiotic. I find it very hard revisiting certain places because of experiences I’ve had. I certainly couldn’t imagine how horrifying it would be to be in a triggering location knowing the possibility of running into someone you fear was very real. I hope that there is outcry on her behalf from the music industry – because frankly, any signed artist is at risk of this happening to them and it should be their fight too. Fortunately, it’s already started.

There are people all over the world who love you @KeshaRose. And I can say truly I am in awe of your bravery.

standing with @KeshaRose through this traumatic, deeply unfair time. send good vibes her way everyone

There's a quote, I believe from John Fogerty: "The music industry is so corrupt it makes Hollywood look like a charity organization." #Kesha

My thoughts are with @KeshaRose today. I’m sorry you’ve had to endure this experience.

Trying 2 not say anything since I can't say anything nice about a person… so this is me not talking about Dr. Luke https://t.co/lLhtUHbmgG

My heart is with @KeshaRose. 💜

As one that danced to& celebrated ur music, I hope u can again find happiness in what made so many others happy. U are so strong🎶 @KeshaRose