How would you react in an emergency? 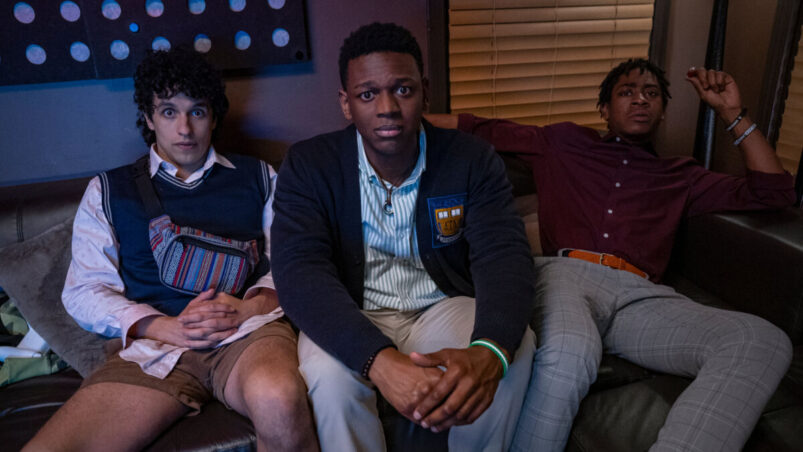 Sean (RJ Cyler) has a magnificent night planned. He wants to accomplish the legendary tour – which involves hitting a series of sorority/fraternity parties – with his friend Kunle (Donald Elise Watkins). What was intended to be a night of revelry and joy turns into a nightmare when the two find a white girl passed out in their apartment. Their roommate Carlos (Sebastian Chacon) has a tendency to forget to lock the door, so somehow the girl (they call her Goldilocks for obvious reasons) stumbled in without him noticing, and now, they have a problem on their hands.

With Goldilocks passed out on their floor and puking her guts out, it would seem the only thing to do would be to call 911. But Sean is quick to point out that a call for help can quickly get complicated for them. Sean and Kunle are black men, while Carlos is Mexican, which doesn’t bode well for interactions with the police. This is the conflict that fuels Emergency, where a desire to do the right thing is constrained by certain social realities. The trio decide to bring her to the hospital, but keep getting waylaid by unfortunate events, like a busted taillight and Goldilocks herself causing more trouble.

Meanwhile, Maddie (Sabrina Carpenter), who’s at a frat party, discovers that her sister Emma (Maddie Nichols), the aforementioned Goldilocks, has gone missing. She enlists her friend Alice (Madison Thompson) to help her find her sister, and Rafael (Diego Abraham) tags along because he’s into Alice. What’s striking here is the godawful behaviour of Maddie, and the sheer irresponsibility of bringing her underage high school sister to a frat party. She’s mean to Alice and Rafael, despite the pair going out of their way to help her, and she immediately assumes the worst when she catches sight of Sean and Kunle with Emma. Because of the collective actions of both her and Emma, a simple night of partying becomes one of sirens and chaos.

Kunle’s background has shielded him from some of the realities that Sean has to contend with, so throughout the movie, he often feels that Sean is hyperbolizing the situation, that it won’t really come to be in the way he’s envisioned it. But Sean’s words are echoed by his brother Terence, who tells him to excuse himself from this whole situation as quickly as possible. It’s not sensitivity, nor an overreaction, it’s just the inequality of life, where perception of skin and appearance comes before anything else. The best of intentions don’t mean anything when you don’t even have the space to verbalise a defense for yourself.

This happens constantly throughout the film: the trio attempt to defend themselves, but their accusers don’t believe them and instead seek to assert dominance. The movie’s tone was set from the very beginning, when a British lecturer asks Kunle and Sean about why the n word has so much power, and continues to use said word despite their discomfort. She even draws attention to them and their discomfort, instead of respecting the status quo of things.

Emergency is such a smart movie, offering incisive social commentary on race in modern day America, yet finding a way to tickle our funny bone at the same time. At its heart, the movie is a college comedy, since Sean and Kunle’s friendship is very much at the centre of things, but it’s the unsettling moments towards the end of the movie that will stay in your mind, long after it’s over. 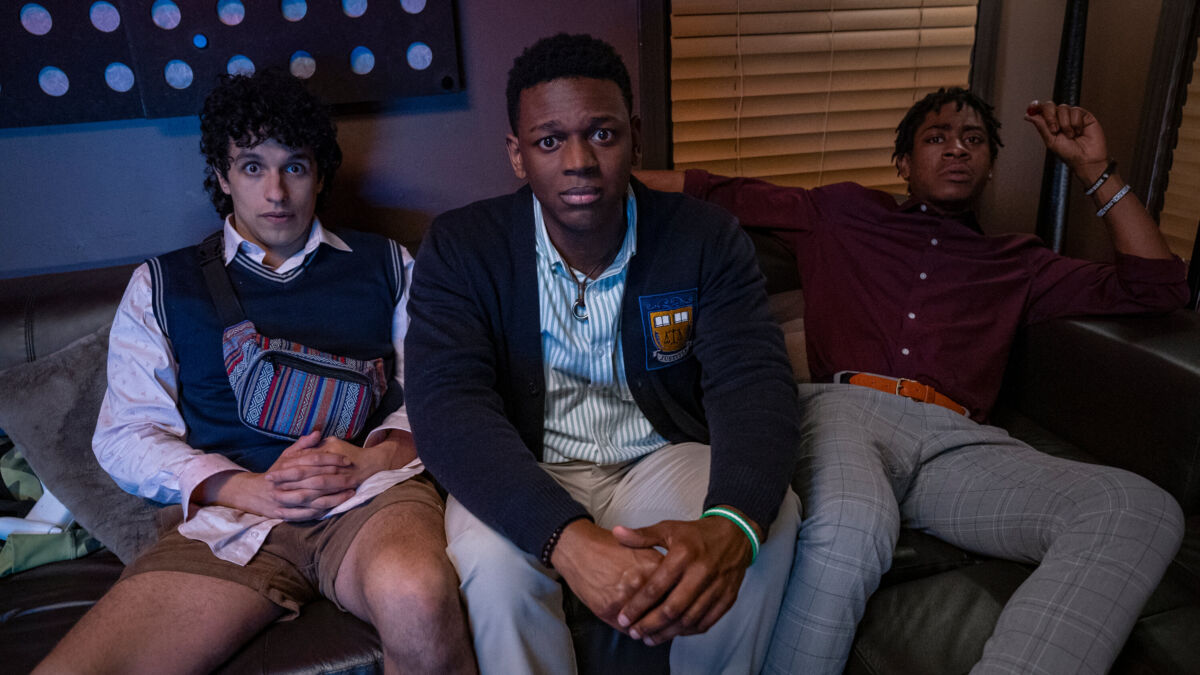 Verdict
Emergency is masterfully constructed, where the seeming hyperbolic becomes realistically plausible, and getting help isn't as simple as dialing 911.
8
Cultured Vultures is a pop culture website established in 2013 covering all things gaming, movies, and more. We eat your words.
All The News On The Biggest Games