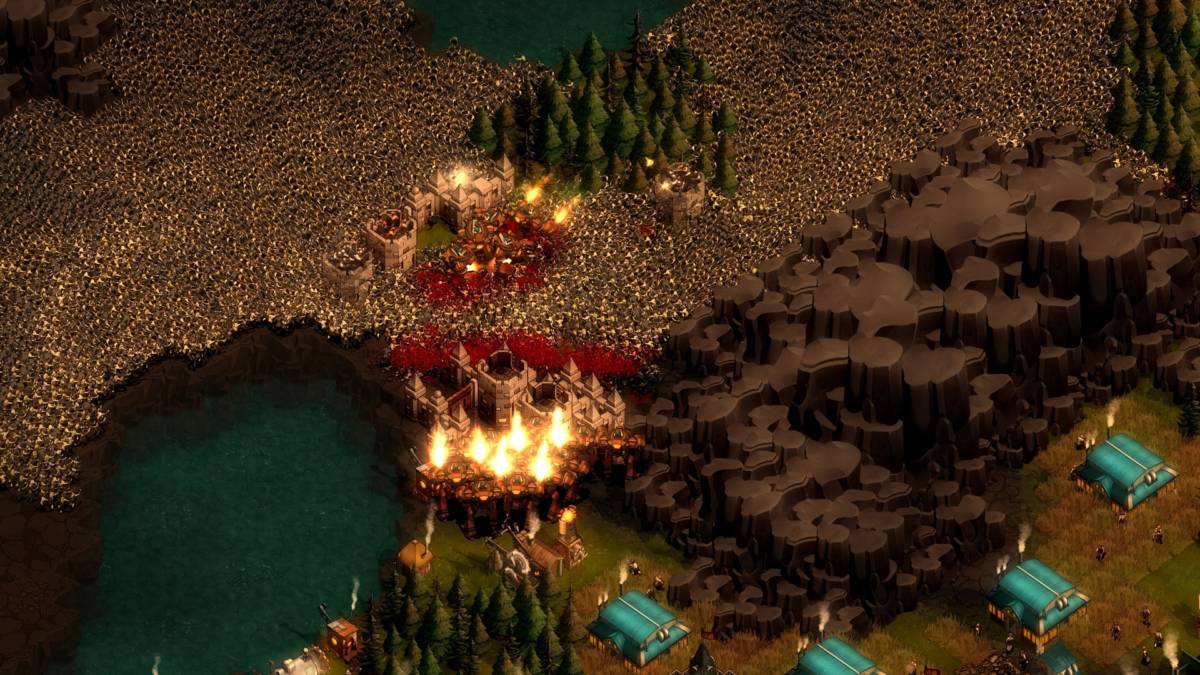 In the last dying gasps of 2017 the Lords of Xulima developer Numantian Horse released their steampunk RTS with a twist, They Are Billions; and I’ve been addicted ever since.

They Are Billions is a base building RTS in the same vein as Age of Empires but with one very important distinction: zombies. But this isn’t your regular zombie survival, TAB puts a strong focus on defense rather than offense. As you progress through the game you will have to expand, building walls and turrets, clearing out areas to get to the valuable resources all while defending against ever increasing hordes.

After 100 days, depending on the difficulty, the namesake horde arrives. Every zombie that littered the map suddenly charges your base, bolstered by the newly spawned legions. The engine can support up to 20,000 units on screen at a time which is terrifying. The first time I reached day 90 and the fog of war disappeared, I let out a little scream at the sheer volume of infected approaching.

What makes this so exceptionally difficult is that as soon as they break through your defenses, every building they infect spawns more zombies. Near the start of the game it’s possible to see your well crafted base destroyed by a single intruder reaching your clustered tents. It’s what the developers are lovingly calling the “Death Spiral” and it is harsh. 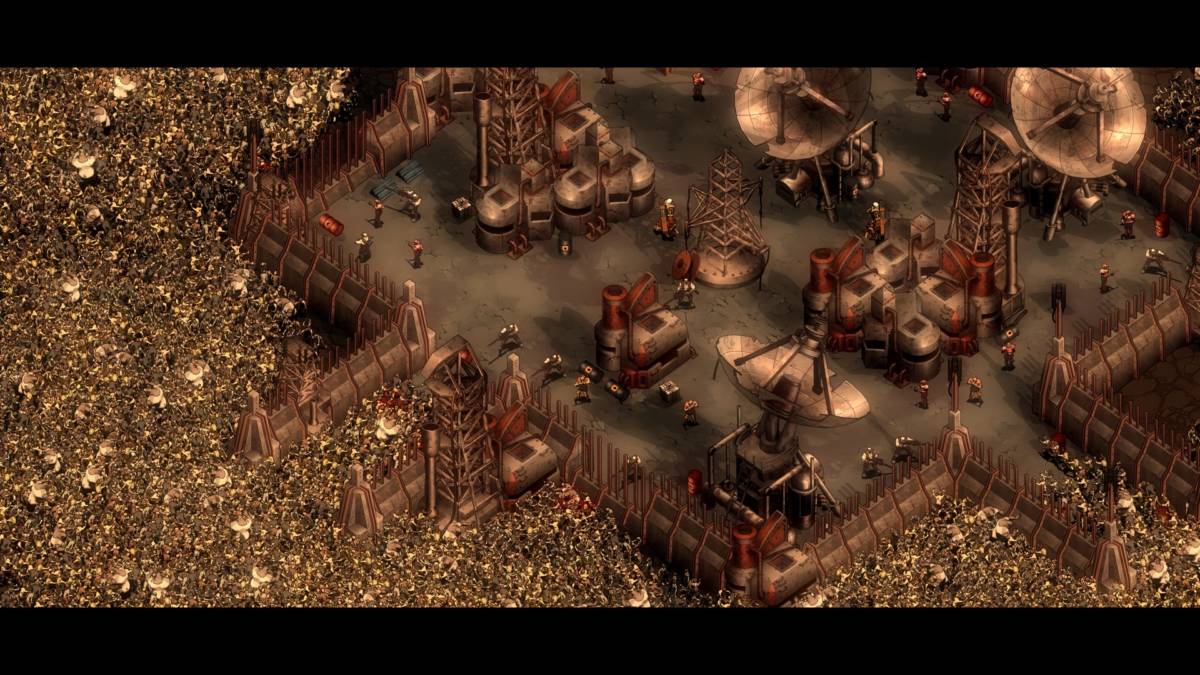 The Death Spiral is in essence the snowballing of problems that lead from first intrusion, breaking through part of the wall, to your HQ being infected. It puts TAB in a unique position amongst RTS games where it’s impossible to feel secure. Resources build up slowly and rebuilding lost defenses is costly. Each new horde is stronger than the last so new technologies and defenses must be put in place which means more workers, more power, more food, more space. Space being the most vital and yet most dangerous resource available. Wide open spaces allow the horde to crash against the defenses and spread like a wave till they find a weak point.

They Are Billions has a bit of the Dwarf Fortress “Losing Is Fun” mentality to it as it shows your time survived, infected killed, and total score at the end of a game. With the inclusion of the community challenge mode which allows players one attempt at the same map with the goal of getting the highest possible score, the losing is fun mentality is clearly on display.

Currently, as TAB is still in early access, the only two modes are Survival – with 4 playable map templates which procedurally generate with each new attempt – and the Community Challenge mentioned above. A campaign mode is planned which has the goal to “…reconquest a larger territory by building successful and well-defended colonies that are all connected to a railway network.” 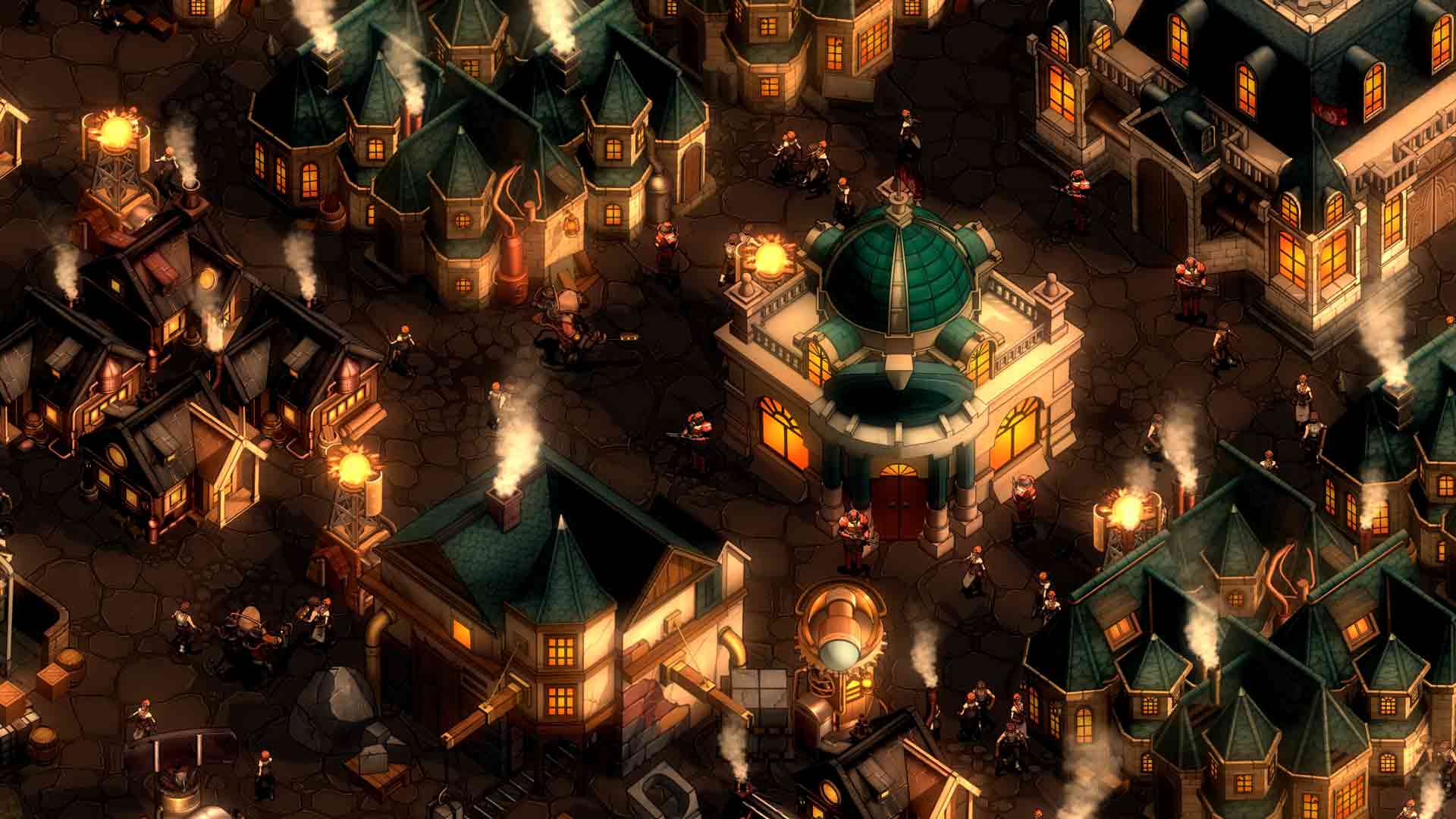 Some fans on the game’s subreddit have speculated that the campaign may take a similar form to Dawn of War: Dark Crusade’s global conquest map where the player is able to choose how they progress. Personally I have all my fingers crossed that we get a conquest mode with new territories offering special technologies and resources.

TAB isn’t just a well designed RTS it also boasts beautiful 4K textures, a cell-shaded art style that I can’t help but fawn over, and a quirky setting that sets the player in the right mentality to try again and again. As I mentioned at the start, TAB is steampunk, complete with top hats and gears, ridiculous mechs, and steam belching buildings. The power plant which provides over a hundred energy requires wood and stone (presumably representing coal) to run. The power is then transmitted wirelessly by Tesla towers to the farms, cottages, foundries, and shocking towers around the base.

But how does this put the player in the right mentality? The answer is the tone. By presenting itself with a colourful art style and having the villagers comedically run away from the infected, waving their arms in the air, TAB is able to take the sting out of defeat. Your base is a creation you invest your time into but always with the knowledge that it is temporary. It’s a house of cards that for some reason you’ve invited your friends to kick. 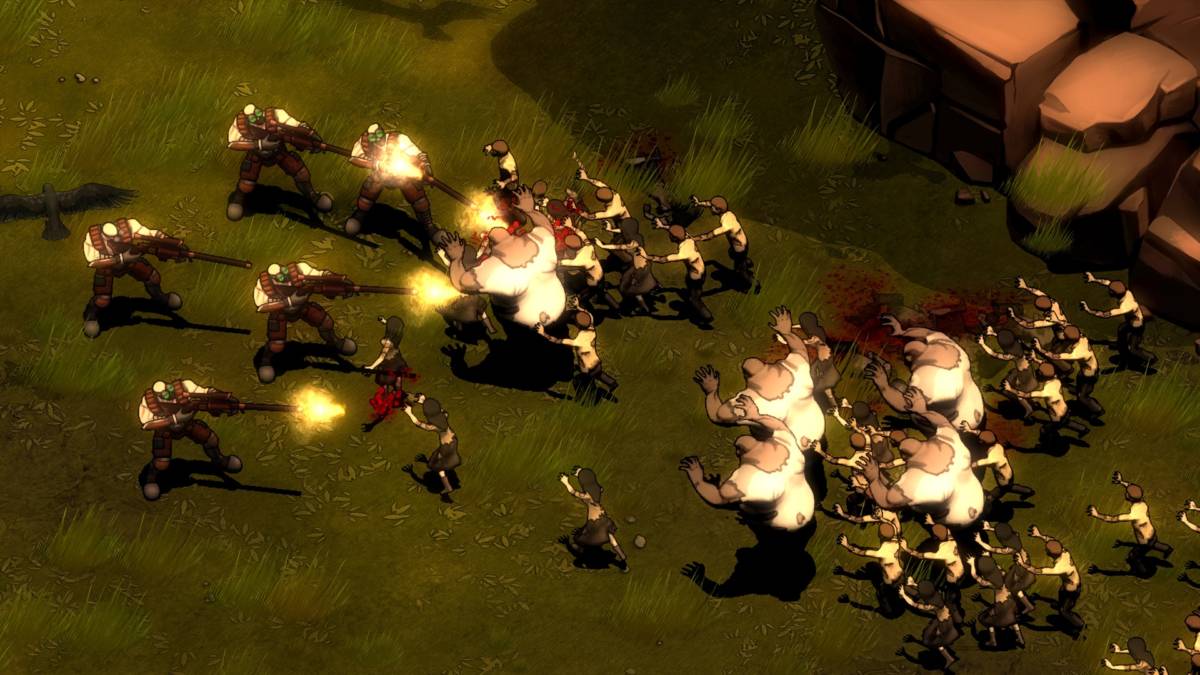 Once it falls you are left with knowledge of what went wrong and, most importantly, no sense of guilt. The colonists that lived there? Little more than numbers. As they all look the same and you have no interaction with them, it’s hard to become attached and that’s not a bad thing. The lack of guilt allows you to tactically condemn whole swathes of your base if needed and turns TAB into a distinctly tactical experience.

Numantian Games are updating constantly and seem to be taking community suggestions on board as the most recent update includes old buildings the player can repair and claim, which was a suggestion seen on the game’s subreddit.

Hopefully They Are Billions will attract the hordes of fans it deserves as it continues through early access. If you’ve been infected with curiosity, you can pick it up right here, and be sure to let us know about your battles with They Are Billions addiction in the comments below.

If you’re less about the RTS and more about the RPG, check out our impressions of Ni no Kuni II: Revenant Kingdom.